Southern California is now ground zero in the Radical Left’s campaign to elect “woke” prosecutors. Left-wing billionaires have launched a last-minute attack against Los Angeles D.A. Jackie Lacey, carpet-bombing her with millions of dollars in attack ads. George Soros and a group of other far-Left billionaires have pumped $2.5 Million to fund a media blitz to unseat D.A. Lacey, Los Angeles’s first black prosecutor. They have vowed to spend “whatever it takes” to defeat Lacey.

She has implemented sensible reforms such as diverting mentally ill defendants into treatment rather than jail, no longer sends people to jail for mere possession of marijuana, and established a conviction review unit to reverse wrongful convictions. You would think Lacey would be exactly the type of prosecutor the self-proclaimed reformers would support.

However, these wealthy radicals’ purpose is not to reform the system but to undermine it. What they are doing now to Jackie Lacey they have done in prosecutor races across the country. In the last five years this group of wealthy donors has poured more than $100 Million in last minute, dark money to (ostensibly) non-partisan pacs which in turn funnel money into paid workers who do the ground work to elect radical prosecutors. At the last minute these pacs pour huge sums of money into media buys. The billionaires are not seeking to elect true reformers, but instead install radicals who seek to overturn the entire criminal justice system.

If you think I am exaggerating let’s examine the record of some of the woke prosecutors Soros and his allies have installed:

Larry Krasner (Philadelphia) announced he won’t prosecute people arrested for the violence that rocked the city with widespread looting and many cars torched. He has dropped charges on more than 60 percent of shooting cases and dropped 37 percent of illegal firearms cases. It is not surprising then that shooting incidents in Philadelphia are up 57% from last year, and there have been 201 homicides so far this year, up 24%.

Kim Gardner (St. Louis) dismissed all charges against the 36 people arrested for violence, arson, and looting following several nights of violence. At the same time she has gone full bore to prosecute Mark and Patricia McCloskey, who held legal weapons to defend their home from a violent crowd.

Mike Schmidt (Portland) refuses to prosecute the rioters who have burned and looted his city for over 100 nights. He excused the rioters saying their violence “represent(s) the instinctive reactions of people who have been gassed repeatedly, who have been struck with kinetic projectile weapons.”

Kim Foxx (Chicago) refuses to prosecute rioters, questioning “Is it a good use of our time and resources? No, it’s not.” You may remember Foxx. She is the prosecutor who dismissed all charges against Jussie Smollett, the actor who faked a hate crime attack against himself. The courts took the case away from Foxx and assigned a special prosecutor who has filed 6 charges against Smollett.

Chesa Boudin (San Francisco) refuses to prosecute “cases involving quality-of-life crimes. Crimes such as public camping, offering or soliciting sex, public urination, blocking a sidewalk, etc.” It’s no surprise that San Francisco has had to develop a special app to help pedestrians navigate piles of feces on their streets! According to Boudin “The criminal justice system isn’t just massive and brutal, it’s also racist.” Under Boudin homicides are up 25%, burglary is up 42%, motor vehicle theft is up 31% and arson is up 45% compared to the same time period last year. Car break-ins have reached epidemic proportions, with roughly 70 smash-and-grabs happening daily.

Do you see a pattern here? All these cities are aflame from “mostly peaceful protests.” But those arrested are not charged with a crime and are out within hours of being arrested. Each of these jurisdictions has what I call “Trojan Horse Prosecutors:” They campaign by offering the gift of reforms, but once in office they undermine the criminal justice system.

The “woke” prosecutors I listed above are merely the most infamous of the Trojan Horse prosecutors. In all, Soros and his rich allies have installed 31 radical prosecutors across the U.S.  Those cities’ residents are suffering terribly.

How has Soros achieved such success? He and his allies found that races for prosecutors’ offices are usually low-cost, local affairs with spending rarely topping $50,000. By pumping huge amounts of money into these races, the Soros gang overwhelms their opponents. As the manager of a traditional Democrat incumbent defeated by Soros put it, “This is an election that was bought, not won.”

They are hoping to do this again in Los Angeles. In a county already plagued with “leaders” that have sided with the mob, Jackie Lacey stands out as a true hero. She is working hard to overcome the Left’s millions by mobilizing her grassroots in the community. Let us pray that David will once again slay Goliath. 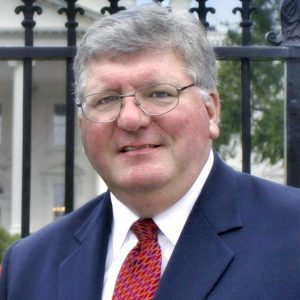 Pat Nolan
Pat Nolan is the Director of the American Conservative Union Foundation’s Center for Criminal Justice Reform. Previously, he served for 15 years in the California State Assembly, and was Assembly Republican Leader for four years. He was a leader on behalf of victims’ rights, and was awarded the “Victims Advocate Award” by Parents of Murdered Children.

Nolan was convicted of campaign finance violations and served 29 months in federal custody. He was recently pardoned by President Trump.

Latest posts by Pat Nolan (see all)
Spread the news: