Home>Articles>Trust Science: Veto Bill to Prohibit the Use of Neonicotinoid Pesticides
12 Sep 2022 12:13 pm

Imagine if Congress – instead of the Centers for Disease Control – had been able to determine public health policy during the pandemic. What a terrifying scenario.

It would be equally irresponsible and dangerous for the California Legislature to create laws without any basis in sound science. But it is trying to do so.Fortunately, Governor Gavin Newsom has demonstrated a consistent and highly laudable commitment to letting science guide his major policy decisions. From climate change policy to public health restrictions during the COVID pandemic, science has ruled, as well it should.The legislature professes to value science, but nonetheless has sent the Governor a bill that conveniently ignores the scientific process and findings of both the U.S. Environmental Protection Agency (EPA), the California Department of Pesticide Regulation (DPR), hundreds of health studies, and decades of reviews.Assembly Bill 2146 seeks to adopt restrictions on a class of pesticides known as neonicotinoids, which are used to combat a variety of pests, including mosquitos, bed bugs, fleas, cockroaches and a range of invasive species. Neonicotinoids are also vital for protecting backyard fruit and citrus trees that help provide important nutrition to families around the state.AB 2146 is clearly misguided and unnecessary. There is no scientific justification for it:•    Pesticide regulations should be decided by scientific bodies like DPR and not the legislature. This is why DPR has an entire army of scientists and why it was created in the first place.•    If concerned about chemicals, the legislature should direct DPR to either undertake additional evaluation or provide more supporting information for its regulations.•    California’s regulatory structure is grounded in science and is more restrictive than any other state.•    Neonicotinoids were developed in large part because they are both effective and a safer alternative to previously used insecticides.•    DPR is currently preparing new neonicotinoid regulations that will be the most restrictive in the nation.•    As part of this process, DPR has already reviewed the current regulatory requirements for neonicotinoids in urban or home settings and found that additional action is not necessary. This echoes the findings of the EPA and its scientific advisory panels.•    Both EPA and DPR have aggressive regulations and commitment to pollinator protection as appropriate. More anti-science mandates are unnecessary.As if all of these scientific reasons aren’t enough for the Governor to veto AB 2146, how about the unintended consequences of the bill if it were to become law?One obvious concern is that dead plants and trees feed wildfires. AB 2146 creates more tinder for our dry state.Perhaps, the biggest threat would be to California’s $2-billion citrus industry. AB 2146 ignores the fact neonicotinoids prevent the spread of the Asian Citrus Psyllid (ACP) from residential trees to agriculture.An estimated 8 in 10 citrus trees are grown in urban areas. If homeowners and renters lose the ability to use neonicotinoids because they don’t have the resources to hire private professional applicators, there would be a high potential for a domino effect devastating an entire industry and urban gardens. If you don’t believe it, just look at what has happened to Florida, Texas, and northern Mexico because they could not control ACP.Is all of that worth jeopardizing for an overreaching, feel-good bill lacking any scientific merit? Obviously, not.We trust that Governor Newsom, with a simple veto, will keep neonicotinoid regulations where they belong – in the hands of regulatory experts and scientists. 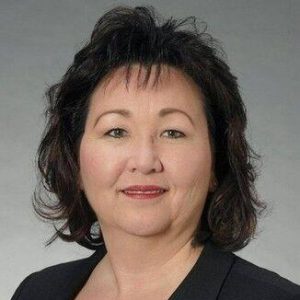 Latest posts by Renee Pinel (see all)
Spread the news:

7 thoughts on “Trust Science: Veto Bill to Prohibit the Use of Neonicotinoid Pesticides”