Earlier this week, the Sacramento City Council voted unanimously to pass a “public safety” resolution, but there is little safety involved. The resolution is intended to officially redefine public safety — Sacramento Police Department, Sacramento Fire Department, and Emergency Medical Teams — to include what the city calls “youth-prevention services” such as arts programs and health food programs, and other “community outreach programs.”

The City Council is funding this by taking millions of dollars from the Sacramento Police Department budget – known as defunding the police. “Mayor Darrell Steinberg has previously said the new 911 system would ultimately result in at least $10 million being diverted from the police department,” the Sacramento Bee reported. The more the City Council whittles away from SacPD funding and resources can only inevitably lead to more of Sacramento becoming a “no-go zone,” as the crime statistics below prove.

The city claims this will help create an alternative plan for “non-emergency responses,” such as mental health issues. But doesn’t the City already fund mental health agencies?

A quick Google search of “City of Sacramento mental health agencies” comes up with:

Additionally, numerous privately run organizations and non-profits are listed in the Google search.

The City’s description of their move says:

The Council City recognizes the important role of preventative programs to create a sense of public safety among residents and communities. Consequently, the City allocates resources to such preventative programs. When considering impacts on our City policies that affect young people, the three departments focused on coordination of prevention services for youth are the Police, Fire, and Youth, Parks and Community Enrichment Departments – often working hand-in-hand.

Without referencing how, the City claims:

Research shows that programs – including but not limited to stable and affordable housing, early childhood supports, quality education, the arts, healthy and accessible food, economic security, and community spaces – can directly prevent youth-related violence, and that prevention activities that uplift children, families and elders will lead to safer and healthier communities overall. Moreover, these types of resources can reduce service calls and requests for police and fire as a result of the preventive and proactive nature of these programs.

And then this government-speak:

Arrests for Possession of Firearm:


I’m sure the City Council receives this monthly report from the Sacramento Police Department. I’m also sure that more mental health services, healthy and accessible food programs, and community spaces would not have prevented the 35.5% increase in arrests for possession of firearms, or the 409 shooting reports, or the 142 victims shot in Sacramento.

However, more proactive and community policing would help prevent these violent crimes. Beefing up the Sacramento Police IMPACT Team and the gang enforcement unit would.

The $10 million which looks to be removed from the SacPD and moved to these new programs will likely result in fewer police officers on the IMPACT team, or community policing.

“The IMPACT team provides outreach and engagement services throughout the City of Sacramento,” SacPD says on its website. “They are the city’s initial point of contact with both chronic homeless and inebriates living on the streets.  The team engages chronic homeless persons and, for those who are willing, get them in contact with service providers who can provide housing and other services.” 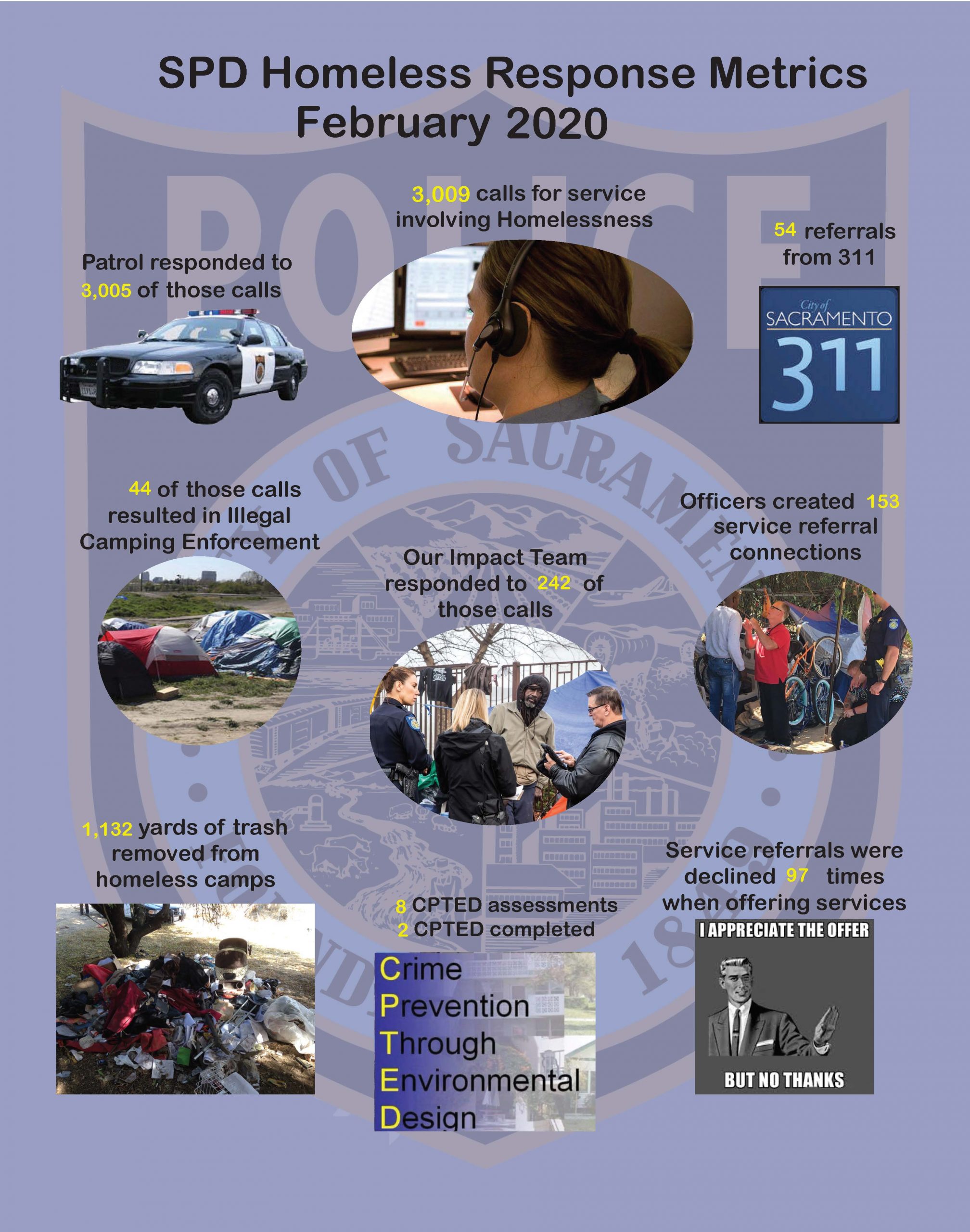 15 thoughts on “Turning Sacramento Into a ‘No-Go’ Zone?”