San Diego County Supervisor Jim Desmond is sounding the alarm as 1,071 asylum seekers were dropped off by the U.S.  Border Patrol at transit centers throughout the city just days before Christmas.

They were not provided money or bus tickets, yet have already been vetted by Border Patrol for consideration of U.S. asylum. They are in limbo awaiting a future court date.

For months, border states such as California and Texas have been bracing for the end of Title 42, a Trump administration policy that allows for the quick removal of illegal immigrants under Covid restrictions. In recent weeks, Governor Gavin Newsom and other officials have expressed mixed feelings over the end of the federal policy, as a large wave of migrants and asylum seekers will enter the country at the border and inundate local services in place to assist them.

While the end of Title 42 was temporarily halted until February by the Supreme Court on Tuesday, a deluge of immigrants and asylum seekers are already gathering at border cities. El Paso, Texas is currently under a state of emergency, and this week, San Diego is feeling the brunt of the migrants coming in.

According to the Congressional Research Service in a report from April 2021, “Asylum seekers encountered at the border must be detained during the screening process and may be detained during subsequent proceedings (except that unaccompanied alien children must generally be released to a suitable placement, and due to court orders family units generally are not detained beyond the screening process).”

Most of the new migrants are from Central America and Venezuela, where worries over gangs and political instability have led many to make the long trek to the U.S.-Mexican border. With the border patrol releasing so many into San Diego in the last week, services have been overrun as a result. Supervisor Desmond said Jewish Family Services and Catholic Charities receive state assistance, but their 600 beds usually available for homeless and migrants awaiting asylum decisions have already all been taken.

Supervisor Desmond said many of the asylum seekers are joining the growing number of homeless people on the streets of San Diego. “We already have a severe homeless problem in San Diego County and dropping 1,000 people onto our streets will only perpetuate the issue,” Supervisor Desmond told the Globe. “Our homeless shelters and social services are already at and beyond capacity and should not be forced to chase the actions of the Feds to protect San Diegans.”

“This should really tell you how bad things are down there,” explained Eduardo Soriano. a translator for a homeless organization in San Diego. “We’ve been getting a bunch in, and they have grown immediately worried when we told them that the end of Title 42 was delayed. They thought they were in the clear and were willing to sleep in the streets here while they got some sort of staying protection.”

“The issue isn’t about the immigrants themselves. San Diego has had immigration issues for forever, and homeless services have often had to pick up the slack. It’s about the Border Patrol dropping them off and just stressing out our systems way more than usual. We weren’t expecting that. The Border Patrol usually had it so that we only had a small trickle coming in, and those usually coming in being the most desperate to leave their country. Now, it’s kind of like a free-for-all. It isn’t pretty.”

An influx in San Diego

Supervisor Desmond has been vocal about the problem in recent days, noting that the federal government isn’t stepping up to either assist asylum seekers or continue normal border operations.

“Governor Newsom has invited them all. So we got them. But we’re not getting any help from the state government either. So we’re at capacity, and it’s just terrible for these people.”

We have 600 beds in San Diego County for asylum seekers and those we need to get off the street.

The Federal Government has strained those resources by dropping off more than 1,000 migrants in the past four days. It's simply unsustainable. pic.twitter.com/9JtNFyJKWE

Ironically, California Democrats, as well as congressional Democrats are quiet about the flood of migrants being dropped in San Diego at the direction of the federal government and Biden Administration, while vehemently expressing outrage at Texas Gov. Greg Abbott sending migrants from his state into Washington D.C.

“How does San Diego absorb this?” Supervisor Desmond asked.

“However, we really need to secure the border first,” Desmond said. “And stop dropping them off.”

Border Patrol released a statement on Tuesday: “CBP works diligently to ensure that releases are conducted in a safe manner and that all noncitizens released from custody are provided essential support upon release and may access transportation to continue to their destinations.”

However, Soriano said, “That’s not what we’re seeing at all. They’re just dropping people off still. And we’re the ones at the end who need to help them, regardless of our capacity to do so.”

“When Title 42 gets lifted, the flood at the border will be three-fold, ten-fold… a lot more people than we can handle,” Desmond said. “Some are coming from Arizona and Texas, and don’t even know where they are. This isn’t a partisan issue – it’s inhumane. This is not a good practice.”

It is unknown at this point how many more Border Patrol drop-offs are currently taking place in San Diego with the delay of Title 42. But San Diego shelters, charities, and social services are full. 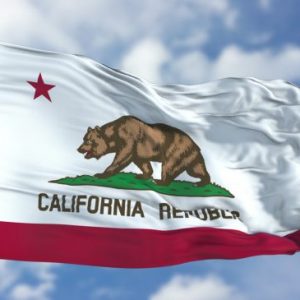