“It was ugly,” Brian Ebbert told community members assembled near the Sacramento Utilities Department on 35th Avenue in South Land Park. “They threatened my children.”

Ebbert, who earns $198,000 working for the California State Assembly and is a former president of the South Land Park Neighborhood Association (SLPNA), was telling the story of how the community organized to support the Del Rio Trail project.

The $16 million project, a five-mile multi-use path that will run from William Land Park to Meadowview along the defunct Sacramento Southern Railroad line, has taken almost nine years to organize. SPLNA’s Trail Committee helped gauge community interest in 2014-15. Ebbert told the crowd that both he and his family had been threatened at an unspecified date in the past by other community members opposed to the project.

The groundbreaking, held Nov. 17 in a small park at 35th Avenue and Park Village Street, was attended by approximately 100 people — neighbors, city staff, Caltrans representatives, members of the City Council, and local news crews from KOVR 13 and ABC 10.

Ebbert did not elaborate on the alleged threats to his family, but Sacramento Mayor Darrell Steinberg recalled his early involvement with the project as Speaker Pro-Tem of the California Senate. He appeared to be on the cusp of telling a salacious story when he suddenly asked, “are there any TV cameras here?”

The cameraman for CBS 13, whose professional tripod-mounted video camera was positioned 15 feet in front of the mayor, raised his hand in response to the question. Steinberg pivoted, ending his short speech with praise for the trail, the community, and city government.

Steinberg also praised Caltrans, saying the state transportation department found $5 million to pay for public art along the trail. City project documents say up to 20 “wayfinding” sculptures will be installed to help guide people along the trail, and up to four “gathering locations” will contain larger art installations to help travelers find “rest or contemplation.”

City Councilman Jay Schenirer told the crowd about a confrontation he had with someone who opposed the trail and threatened to sue. “He told me to strap in,” Schenirer said, before concluding the brief story by saying one should never bet against the community.

There were no ribbons to be cut, but there were plenty of shovels and much talk about climate change. The trail, said officials, will give city residents a way to access Land Park, the Sacramento Zoo, schools, stores, restaurants, retail centers, jobs and other community parks without using a car. 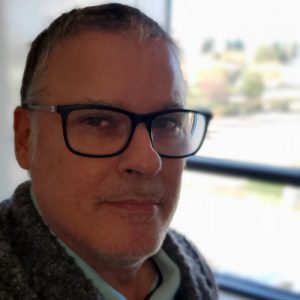