Home>Hollywood>Purple-Haired Superstars and their Woke Games Ruined the Olympics
15 Aug 2021 7:43 am

The ratings are in, and they are abysmal. The 2020 Tokyo Olympics were a ratings disaster for NBC. The games aired to an anemic tv audience, with a devastating average of just 15.5 million total viewers compared to almost 28 million for the 2016 Rio de Janeiro Olympics and 31 million for 2012 London Olympics.

At a time when many are still out of work in the United States, one might imagine the Olympics would have received a boost in viewership. This is not the case. The opening and closing ceremonies lost 42% and 48% respectively from the 2016 Summer Games in Rio. By almost every metric, the Tokyo games failed to garner a respectable audience. Dateline summed it up nicely – “NBC can say that they won Sunday night against CBS’ Big Brother and Love Island, animation encores on Fox and Major League Baseball on ABC, but really, that’s not a lot to write home about — from Tokyo or otherwise”. Ouch.

What caused this disaster? One explanation is the Olympic bronze medal recipient and woke superstar, Megan Rapinoe.

While some wish to lay the blame at the feet of the Covid-19 pandemic, many ignore the effect that woke athletes such as Megan Rapinoe had on overall viewership. Megan’s anti-American sentiment is ignored by most in the establishment media, and she is magically forgiven for her lack of actual activism on the issues she claims to support.

America’s favorite purple-haired lesbian along with many of her teammates kneeled for the national anthem in Tokyo to the dismay of people back home. Ignoring the fact that the United States lost to Canada in this event and came in third while expecting to win, there are multiple problems with Megan’s supposed activism.

Firstly, as an openly gay woman, she dismisses the fact that she lives in one of the most gay-friendly countries ever to exist. Marriage equality, extended benefits and employment protections are all federally enshrined and protected in the United States. Yet, Megan still finds it necessary to demagogue even the tiniest perceived lack of equality and never bothers to praise the country for how much it’s progressed in such a short time.

It’s a constant “vinegar over honey” approach. In casting herself as the spokeswoman for the entire LGBTQ2S+ (yes… it’s grown to that), she believes she has the right to comment on gay men in sports, as well. In an interview with the BBC, Ms. Rapinoe states, “Eventually the environment will be different where you feel like you can come out. We’re trying to make it better and set the environment so when you are ready to come out, the environment is ready for you.” Swing and a miss Megan. Over 70% of the US population supports broad LGBTQ protections, a monumental shift since the turn of the millennia. This was proven when football player Carl Nassib came out this year. No one cared and there was no noticeable backlash. He’s the first NFL player to come out while playing the game.

Progress apparently isn’t important to Megan though… just perpetual victimhood and her ability to make money off of it. She’s partnered with Nike, Hulu, Under Armour, Procter and Gamble, Subway, Victoria’s Secret and others, making herself a star as she accomplishes little.

The new face of Subway is currently facing a partial boycott by Olympic watchers over Megan’s repeated divisive political stances. Many are calling on Subway to fire Megan as its spokesperson. “Numerous franchise owners and some customers, particularly from red states, have complained about Rapinoe being featured in ads for the chain, specifically noting the soccer player’s political activism and apparent disrespect for our nation.” This, coupled with the fact that her commercials draw little more than yawns from spectators, makes one wonder why the entertainment industry is focusing so much on an athlete who lacks broad support.

If ruining the Olympics and bothering footlong eaters wasn’t enough, Megan also made waves regarding her involvement with Victoria’s Secret. The lingerie company has come under increasing scrutiny for its woke approach over the past few years. A brand that traditionally presented supermodels as sexy, sultry emblems of femininity, it has recently opted to rebrand itself as a company for all shapes and sizes. According to Newsweek, “The company also canceled its November 2019 fashion show, amid criticism that the annual event failed to represent women of varying sizes and backgrounds.” The only problem with this approach is that Victoria Secret’s target market is actually heterosexual men buying lingerie for their female counterparts.

When Victoria Secret’s announced Megan’s involvement, conservative Twitter erupted in a barrage of tweets excoriating the company for choosing politics over their bread and butter – sex. Jenna Ellis, former legal advisor to President Trump tweeted – “Is Victoria’s Secret really trying to pretend that women aren’t into being sexy and beautiful too? I don’t want to look like Megan Rapinoe. I can be feminine AND empowered, thanks.” Many of the other tweets similarly trashed the company and laughed at them for essentially destroying their own branding.

Unsurprisingly, Hollywood’s love for Megan Rapinoe is still quite strong. Even though the Olympics did in fact showcase many gold medalists who spoke of their love of the United States, the media and Hollywood have scarcely given them the proper airtime. Instead, they host Rapinoe on their shows. Such is the case with Drew Barrymore. 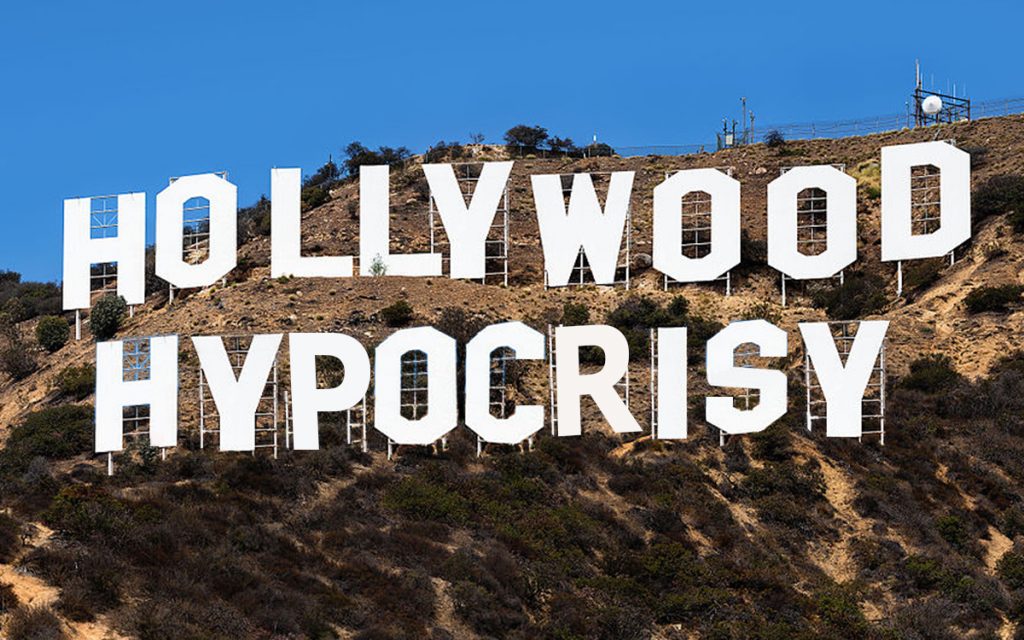 In welcoming Megan on the show, the Santa Clarita Diet star gave a gushing opener for the soccer star’s appearance – “The phenomenal Megan Rapinoe. Oh my gosh. I know you’re engaged but you’re so hot. I can’t take it. I just love you so much. You’re so attractive on the inside and the outside… everything you do in the world. Oh my goodness.” This interview, broken down into two segments didn’t actually cover any of Megan’s supposed activism. Simple lip service was all the starlet was comfortable discussing. Drew then said the quiet part out loud, “I didn’t even know where to start with all of the activism.” This point is important because Megan doesn’t seem to know either. From LGBTQ rights to equal pay, systemic racism, police brutality, ad nauseum, the Olympian has chosen the limelight of activism, not the work that goes into it.

Megan’s only real action to drive systemic change is her fight for equal pay — a cause that would benefit not others who are quietly suffering elsewhere, but her friends and herself. She and her teammates sued the United States Soccer Federation claiming that they were not paid as much as the men and that constituted gender discrimination. The portion of lawsuit concerning equal pay was dismissed on its face, the judge citing that their contracts were agreed upon in collective bargaining. The women are appealing that decision.

Megan’s life for the past 10 years perfectly encapsulates the notion of “the personal is the political” and America is increasingly bored of it. Yes, Megan will always appeal in some sense to a specific subgroup of fans. But given the responses to her behavior at the Olympics, her Subway commercials and the relationship she has with Victoria’s Secret, it’s only a matter of time before she will need to remake her woke wheel or take her millions and go home. It’s as if she’s learned nothing from the fate of Colin Kaepernick. One can only play the oppressed victim so long before becoming the diva who’s no longer worth the risk.

Regarding actual activism, Megan has accomplished close to nothing other than perhaps “raising awareness.” Similar to the stars of Hollywood, they are being revealed for what they are – simple grifters who use oppression as their costume to gain celebrity and to increase their bank accounts. Most people want to see an Olympian who humbly gives her best effort and quietly loves her country. That’s the only “image” that matters.