Becerra said this would block access to abortion and other women’s medical services. “The Trump-Pence Administration has doubled down on its attacks on women’s health,” said Becerra. “This illegal Title X rule denies patients access to critical healthcare services and prevents doctors from providing comprehensive and accurate information about medical care. The Trump-Pence Administration’s sabotage of Title X services that millions of women across our nation rely on is not only irresponsible, it is dangerous to women’s health. President Trump treats women and their care as if this were 1920, not 2019.”

However, Title X money cannot pay for abortion as a form of family planning. “But it has long been misinterpreted to require recipient programs at least to refer women to abortionists,” the Washington Times reported.

While campaigning for president Trump said he would put an end to using taxpayer dollars to support agencies that provide abortions.

All morality issues aside, abortion providers have no inherent right to public taxpayer funding. 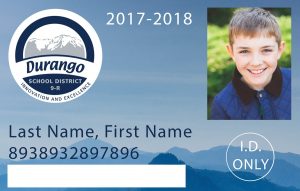 California lawmakers are continuing their “Resist” movement against the Trump Administration.

Assemblyman Jesse Gabriel (D-Los Angeles) recently introduced Assembly Bill 624 which would require Planned Parenthood’s phone number on school-issued identification cards of every California student age 12 – 24. AB 624  would require all student ID’s, including those issued by charter schools, religious private schools, and non-denominational private schools, to have printed on the back the phone number for Planned Parenthood.

The bill, being sold as a “Pupil and student health” issue, would require also sexual assault and domestic violence hotline telephone numbers on student identification cards.

“Gabriel obviously doesn’t see the conflict of interest in using government resources to provide free advertising to an organization that has given him an endorsement and campaign cash,” Greg Burt with the California Family Council said. “His campaign website contains the following endorsement from Sarah Mitchell, Public Affairs and Communications Manager at Planned Parenthood Los Angeles:

“Planned Parenthood is proud to endorse Jesse Gabriel for State Assembly. Jesse has a long record of standing up for those most in need, and we know that he will be a strong partner in protecting women’s health and ensuring access to vital services – including life-saving cancer screenings, birth control, and STD testing and treatment.”

Burt noted that Planned Parenthood Los Angeles followed up its endorsement with a $4400 donation to Gabriel’s campaign last June.

Not only does Gabriel’s bill require a phone number to “a sexual or reproductive health hotline,” but to these hotlines as well: