Assemblyman Ash Kalra (D-San Jose) has authored AB 1162, which would ban those convenient small plastic shampoo, conditioner and lotion bottles offered in hotels. Kalra says these tiny “single use” bottles produce such a significant amount into the waste stream, his bill is needed to reduce this serious problem.

“By not offering small bottles of personal care products, hotels, motels, and other lodging establishments can promote a more sustainable business and potentially reduce operating costs,” he said in the bill analysis. “AB 1162 will take meaningful action to curb single-use plastic consumption in the lodging industry and increase consumer awareness.”

The Transportation Security Association prohibits traveling with bottles larger than 3.4 ounces, creating dependance on hotels for small bottles for many when traveling, particularly for more than an overnight trip.

Many hotels have begun to shift toward bulk soap dispensers, which they say are less wasteful and cheaper. However, I remember hearing about a nice hotel that installed pump dispensers, and someone urinated in the dispensers, causing a different set of problems. Sometimes there is a reason things like tiny bottles exist.

“HepA outbreaks. Typhus. Measles. Homelessness. Arson. Feces in the streets. But yes, let’s ban tiny bottles. We’ve all been screaming for that,” read a comment on Facebook on an article about this bill.

These intrusive bills to ban products deemed as causes of pollution are not even scratching the surface, if lawmakers sincerely care about plastic waste. And the massive waste stream environmentalists talk about is not caused by the U.S. A study published the journal Science reported that China was responsible for 30 per cent of the plastic pollution clogging the world’s oceans – and that was in 2015. “China was responsible for the most ocean plastic pollution per year with an estimated 2.4 million tons, 30 percent of the global total, followed by Indonesia, the Philippines, Vietnam, Sri Lanka, Thailand, Egypt, Malaysia, Nigeria and Bangladesh.”

Kalra’s 04/05/19- Assembly Natural Resources Committee analysis says AB 1162 will not only impose the ban, but also allows for fines, and the Attorney General and District Attorneys to bring civil actions on violators: 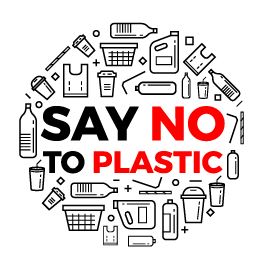 Rather than opine on this bill, other Californians have plenty to say in comments left on articles and social media about AB 1162:

“Imagine if you will California receives 160% of normal rain and during the 10 year drought built no reservoirs hence they decide to ban little plastic bottles.”

“More than 90% of plastic in the oceans is from the third world. Any place with a river system emptying into the oceans like China, Brazil, Viet Nam, etc. You might better spend your time getting them to stop throwing their trash into the rivers. But then that would take some work instead of whinging on about the very little plastic America lets hit the oceans, something like 1% to 2% at most.”

“Instead, let’s drop 150,000 illegals into the Pacific Heights neighborhood of SanFran, that would be more acceptable to nanny-state California.”

“1) Plastic bags 2) Plastic Straws 3) Take out Styrofoam now courtesy bottles are in crosshairs? Meanwhile shorelines from Imperial Beach to Coronado are shuttered as millions of gallons of sewage flow daily down the Tijuana River into San Diego County. Busy shuttering small businesses lawmakers skirt real issues like the State Department failing to enforce a treaty that obligates Mexico to treat its sewage before sending it to the U.S. just nuts!”

“Pure virtue signaling! Fact: Bulk dispensers with shampoo or conditioners in a steamy hotel bathroom are a breeding ground for pathogens. So you will be as safe as the guy before you who used the same dispenser? No thanks. Soap and bottled amenities can be recycled and re-purposed for victims of natural disasters and third-world countries. Be Smart California. Not reactionary.”

“Now regulation is killing the small hotel bottles making the process of cleaning up on a trip a hassle. I suppose we will have to buy large bottles and toss out them out before the returning flight. More cost more waste.”

“I’m sure you will be shocked but this is so moronic. When we travel we either use them or take them home with us and donate it to our transitional housing program through our church. The people are very grateful to get these items. These virtue signaling buffoons are truly ruining this once Golden State.”

“People Sh+t all over the streets And leave millions of used needles everywhere, But plastic shampoo bottles are the problem. Nobody could make this up.”