In Will $1 Billion Spending on California’s Homeless Fix the Problem?, California Globe covered a myriad of issues surrounding California’s homeless explosion including how tiny houses in Los Angeles haven’t worked out as planned; they became tiny crack houses. The Homeless encampments along the sides of levees in Sacramento are now damaging the flood control structures, and also in the state’s Capitol, the homeless live in parks, in tents along rivers, on the streets and in alleys, and sleep at City Hall at night, after police were chastised for chasing them away. 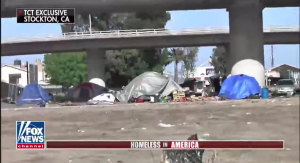 With Gov. Gavin Newsom proposing in his May Budget Revise $650 million in grants to homelessness agencies and local government to help fund emergency shelters, housing assistance, and new construction, adding up to $1 billion in spending on the homeless in the Golden State, where is the money actually going?

Couple the more than $1 billion in state funding with “LA county and city governments collectively spend an astonishing $1.1 billion annually on the costs of dealing with its growing homeless population,” Craig Powell of Eye on Sacramento wrote in 2017, and many are asking, just where are the billions spent on the homeless actually going?

Sacramento closed the only city-run homeless shelter April 30 after spending $5 million on it. There were just 37 homeless people using it when it closed. The City is expected to open another homeless facility in July, “when the Capitol Park Hotel is set to open downtown with up to 180 beds,” the Sacramento Bee reported. The City will spend more than $23 million to open a 180-bed temporary homeless shelter at the Capitol Park Hotel downtown, where more than 90 elderly and disabled people currently live. They will be ousted.

The City of Sacramento will also spend $11.5 million in state funds and private funds to open a shelter in south Sacramento, and another on a shelter at a Caltrans-owned lot near the corner of X Street and Alhambra. Both of those low-barrier triage shelters will be in tent-like structures with 100 beds each. 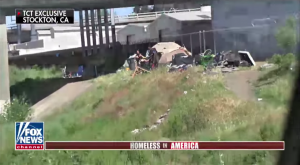 In a downtown Sacramento neighborhood just south of the city, one group of neighbors formed an unofficial group to be able to communicate about the ongoing crime, theft, drug-related problems and homeless living on their streets. They taught each other how and when to involve the city and police in the homeless issues, when to call for help, when to report crimes, and the like. But they also began to recognize the homeless people living on the streets, and got to know a few.

Several neighbors began to help one fellow who told them he wanted to get clean. Initially they were unable to get him any help from the city or county until he agreed to move into a shelter. But the shelter was full of drug addicts, pedophiles and criminals, and he was trying to stay clean.

Because he was already on Suboxone, treatment of opioid dependence, and trying to rid himself of his drug addiction, many shelters would not take him. They considered Suboxone a drug and told his neighbor-advocates that until he was “off drugs” including the Suboxone, they couldn’t help.

So his neighbor-advocates appealed to the other neighbors in the group to contribute funds to help get him a long term motel room while he sought treatment. But finding help was a nightmare.They quickly found out there is no actual process to connect a homeless person seeking help with the necessary services for someone wanting to get off drugs, and off the streets, despite the millions of dollars being spent. There is not one office to go to for a coordination of benefits.

The Labyrinth of Homeless Programs – who are they helping? 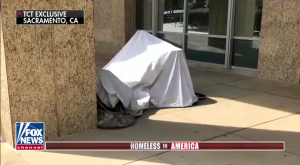 The City touts a program called Sacramento Steps Forward, “a 501(c)(3) nonprofit organization committed to ending homelessness in our region through collaboration, innovation, and connecting people to services,” the website says.

The neighbor-advocates for the homeless fellow contacted shelters and many city programs, before finally locating a “Navigator” with Sacramento Steps Forward, located inside the Sacramento Library downtown on the third floor. She wasn’t easy to find, and the neighbor-advocates wanted to know why she wasn’t visiting the homeless camps under the freeways instead of hidden away deep inside of the library.

They have one full time employee who is paid $150,000 annually, making the travel and conference expenses questionable.

On the Form 990, they say, “Sacramento Steps Forward is responsible for distributing and managing federal funds granted by the United States Department of Housing and Urban Development. During 2017, the Organization passed-through $10,032,858 in HUD grants to local nonprofit agencies…”

Of their programs, the Winter Sanctuary is a seasonal emergency-shelter program for homeless men and women.  However, according to their Form 990, this program is primarily funded by the County of Sacramento.

Next Move Homeless Services | formerly known as Sacramento Area Emergency Housing and Homeless Resources, last filed an IRS Form 990 in 2016 showing $5,499,756 in income. The treasurer was reported as making $502,840 in total compensation, and the CFO $208,810, however this income is from “related organizations.” The Executive Director makes $106,462.

A deeper dive finds that Next Move Homeless and Goodwill Sacramento Valley & Northern Nevada merged in 2014, so Joesph Mendez is President of Goodwill, which pays him $502,840., and Connie Schulze is Chief Finance Officer at Goodwill Industries of Sacramento Valley & Northern Nevada and is paid $208,810. Both are listed on Next Move’s Form 990’s as Treasurer and CFO respectively. They are paid handsomely by Goodwill but work for Next Move, which is just a passthrough for federal funds? 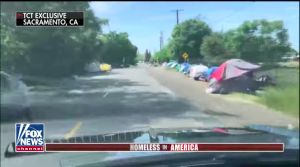 This doesn’t add up. And it is particularly frustrating since despite that these are federal funds being used, they are going to a non-profit organization which is protected from the California Public Records Act. By design.

Goodwill Industries has had its own run-ins with the law, which makes it curious why the City of Sacramento would allow its spin-off to partner with Goodwill.

In 2012, Investigative reporter John Hrabe wrote: Goodwill “accepts millions of dollars in government funds, pays its top executives more than half a million dollars per year in total compensation, while simultaneously paying some of its employees less than the federal minimum wage. Some employees earn just 22 cents per hour.”

“The practice of paying sub-minimum wages is legal thanks to a little-known loophole in federal labor law.”

“It is appalling that organizations that purport to assist workers with disabilities in job training, would hold them back by circumventing the standard of living that minimum wage provides other American workers,” Andy Voss, president of the Autistic Self Advocacy Network of Sacramento, explained to me via email.

In August, Voss’ group organized a protest of Goodwill Industries of Sacramento Valley & Northern Nevada, which according to its most recent tax returns, paid its CEO Joseph Mendez $376,317 in total compensation. A dozen people from the Autistic Self Advocacy Network of Sacramento, Capitol People First, South Area People First and the Supported Life Institute took part in the Sacramento protest, which was a part of a nationwide campaign sponsored by the National Federation of the Blind.

As the merger with Next Move and Goodwill Sacramento occurred, Joe Mendez, President and CEO of Goodwill Industries of Sacramento Valley & Northern Nevada said this: “Goodwill’s mission footprint in Sacramento will be broadened by its relationship with Next Move. Our vocational programs will offer Next Move’s clients opportunities to develop job skills that are portable to other industries. The close mission alignment of our organizations creates a real opportunity to assist Sacramento homeless families move into stable housing situations and employment.”

All photos are screenshots of Carlson’s video of Sacramento homeless, except the featured photo, taken near the author’s neighborhood.

43 thoughts on “Homeless Spending in CA: Where is the Money Going?”