‘Governor Newsom has reacted to citizen protests not by addressing widespread concern, but simply by shutting down protest at the Capitol altogether…’

A new lawsuit is seeking to vindicate the First and Fourteenth Amendment rights of two California plaintiffs, both who planned different protests at the California State Capitol this week.

The California Constitution says  “[t]he people have the right to … assemble freely to consult for the common good.”

The lawsuit says in addition to a violation of First Amendment rights, “The State Order and Defendants’ enforcement thereof violate the Due Process Clause of the Fourteenth Amendment, both facially and as-applied to Plaintiffs. A regulation is constitutionally void on its face when, as matter of due process, it is so vague that persons “of common intelligence must necessarily guess at its meaning and differ as to its application.”

The imposition of the Governor’s Orders “is unreasonable and has a chilling effect on protected speech by outright banning all gatherings for the purpose of demonstrations, rallies, and protests.”

The Center for American Liberty  in coordination with the Law Office of D. Gill Sperlein and the Dhillon Law Group, on behalf of clients Ron Givens and Christine “Chris” Bish, sued California Governor Gavin Newsom, AG Becerra, and other state officials for depriving plaintiffs of their First and Fourteenth Amendment rights.

“Neither the Governor’s Order or state public health directives exempt demonstrations, protests, or other First Amendment-protected activities from enforcement,” Dhillon and Sperlein say in a press statement about the lawsuit. “The Governor has also specifically ordered the California Highway Patrol to deny protest/rally permits at the State Capitol, a core First Amendment speech venue. The Governor’s orders thus deny all California residents the right to exercise their First Amendment rights to free speech, free assembly, and petition.”

The lawsuit calls Gov. Newsom’s order “vague,” because it provides that individuals are ordered to “heed” State public health directives. The word “heed” is defined by Webster’s Dictionary to mean “to give consideration or attention to” —not specifically to adhere to those directives, as Dhillon Law Group Constitutional Attorney Mark Meuser explained in a California Globe interview in March:

The public health officer only has authority to quarantine those who they have reasonable or probable cause have been infected. Otherwise they have no authority to deprive someone of their liberty.

The courts have ruled that “A mere suspicion, unsupported by facts giving rise to reasonable or probable cause, will not justify depriving a person of his liberty under an order of quarantine.” That is a court’s order regarding the same statute that the Public health officials are using to try to get everyone to shelter in place.

The Governor simply asked us to heed what the public health official has ordered.

The Public Health Officials do not have the authority to give a blanket quarantine.

And the governor has simply asked us to heed what the public health officers are saying.

“Based on the State Order, and at the direction of Governor Newsom, the California Highway Patrol has refused to allow any gatherings on the grounds of the state capitol for the purpose of protesting or petitioning the government,” the lawsuit states.

Plaintiff Bish, a candidate for U.S. House in California’s Sixth Congressional District, intends to protest the extent and duration of the State’s shelter-in-place order.

“Both Plaintiffs Givens and Bish intend to hold their protests outside, on State Capitol grounds, in a safe and socially-distant manner. California Highway Patrol denied plaintiffs’ respective applications to use State Capitol grounds for their planned demonstrations depriving them of their First and Fourteenth Amendment rights,” the press statement says.

The plaintiffs are also seeking a Temporary Restraining Order and Preliminary Injunction.

California courts have held that Public Health Officials’ authority over the rights of personal liberty is limited.

Before exercising their full powers to quarantine, there must be “reasonable grounds [] to support the belief that the person so held is infected.” Public Health Officials must be able to show “probable cause to believe the person so held has an infectious disease …”

California courts found that Public Health Officials could not quarantine 12 blocks of San Francisco Chinatown because of nine (9) deaths due to bubonic plague.

The court found it “purely arbitrary, unreasonable, unwarranted, wrongful, and oppressive interference with the personal liberty of complainant” who had “never had or contracted said bubonic plague; that he has never been at any time exposed to the danger of contracting it, and has never been in any locality where said bubonic plague, or any germs of bacteria thereof, has or have existed.”

California courts have found that “a mere suspicion [of a contagious disease], unsupported by facts giving rise to reasonable or probable cause, will afford no justification at all for depriving persons of their liberty and subjecting them to virtual imprisonment under a purported order of quarantine.”

In Jew Ho v. Williamson, 103 F. 10 (C.C. Cal. 1900), and Wong Wai v. Williamson, 103 F. 1 (CC Cal. 1900), the California courts found that there were more than 15,000 people living in the twelve blocks of San Francisco Chinatown who were to be quarantined. The courts found it unreasonable to shut down the ability of over 15,000 people to make a living because of nine deaths. This was one death for every 1,666 inhabitants of Chinatown.

“At a time when Californians are rightfully questioning the duration and extent of the stay at home orders, which are unevenly enforced and which have resulted in other Constitutional challenges, Governor Newsom has reacted to citizen protests not by addressing widespread concern, but simply by shutting down protest at the Capitol altogether, making no reasonable accommodations for this fundamental function in a free society,” said Chief Executive Officer of the Center for American Liberty, Harmeet K. Dhillon, whose law firm, Dhillon Law Group Inc., also represents the plaintiffs.

“Our lawsuit seeks to vindicate several core First Amendment rights — the right to free speech, to assemble, and to petition the government. The government is also violating fundamental equal protection and due process rights.”

“We will be seeking a temporary restraining order in federal court ordering that our clients and other citizens be permitted to protest safely and peacefully again, as is their right under both the California and U.S. Constitutions.” 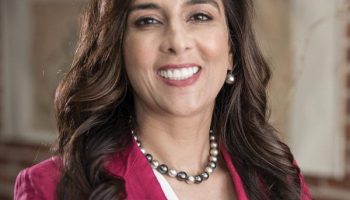 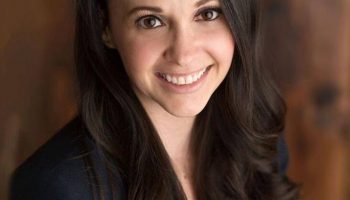 ‘If we can’t see our mothers on Mother’s Day, then strangers shouldn’t be visiting our homes to collect ballo 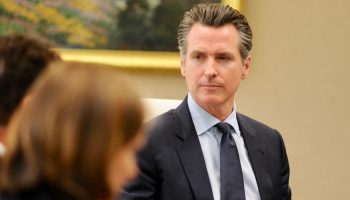