Six lawsuits have been filed challenging the constitutionality of Senate Bill 27 requiring presidential and gubernatorial candidates to file tax returns to get on California primary ballots. The bill, by Democrat Senators Mike McGuire and Scott Wiener, is designed to prevent President Donald Trump from appearing on the California primary ballot if he does not make his personal tax return documents public.

SB 27 was signed into law July 30 by Gov. Gavin Newsom, providing President Donald Trump proof that California really is planning to rig the election against him.

I’d like to see Legislative Counsel’s legal opinion of SB 27 because in addition to violating the United States Constitution, it violates the State Constitution. Specifically:

(c) The Legislature shall provide for partisan elections for presidential candidates, and political party and party central committees, including an open presidential primary whereby the candidates on the ballot are those found by the Secretary of State to be recognized candidates throughout the nation or throughout California for the office of President of the United States, and those whose names are placed on the ballot by petition, but excluding any candidate who has withdrawn by filing an affidavit of noncandidacy.

It is astounding that California’s elected lawmakers, who swore an oath to uphold the California Constitution, are ignoring this blatant violation. Doesn’t anyone in the media question how those who make the laws could ignore the State Constitution?

Richard Winger with Ballot Access News has the go-to information on the lawsuits. Winger wrote today:

On August 7, the California Supreme Court asked the Secretary of State to respond to Patterson v Padilla. This is the lawsuit filed by the California Republican Party and its state chairwoman on August 6, challenging the new California law requiring presidential primary candidates to reveal their income tax returns.

The court wants the state’s response by noon August 14, and then the reply by August 16. Although there is no guarantee the Court will accept the case, it seems very likely, given this quick interest from the court.

Scott Lay, Around the Capitol, lists all of the SB 27 lawsuits and credits Richard Winger:

Bringing In The Big Guns

Judicial Watch announced this week that it filed a federal lawsuit on behalf of four California voters to stop California Secretary of State Alex Padilla from implementing SB 27, which would require all presidential candidates who wish to appear on California’s primary ballot to publicly disclose their personal tax returns from the past five years (Jerry Griffin et al. v. Alex Padilla (No. 2:19-cv-01477). “The suit alleges that the law unconstitutionally adds a new qualification for candidates for president. Judicial Watch’s clients include a registered Independent, Republican, and Democrat California voter.”

“Under the law, known as the Presidential Tax Transparency and Accountability Act, candidates who do not publicly disclose their tax returns are barred from having their names printed on California’s primary ballots. Judicial Watch alleges that SB 27 imposes candidate qualifications beyond those allowed by the U.S. Constitution and impermissibly burdens a voters’ expressive constitutional and statutory rights. The lawsuit claims violations of the U.S. Constitution’s Qualifications Clause, the First and Fourteenth Amendments, and 42 U.S.C. § 1983 and 1988,” Judicial Watch explained.

The Judicial Watch complaint also alleges the political nature of the law, “which is totally divorced from the states’ legitimate constitutional role in administering and establishing procedures for conducting federal elections:

None of the interests proffered by the California legislature for requiring the disclosure of candidates’ tax returns is related to election procedure or administration. Rather, the stated interests incorporate particular, substantive judgments about what is most important for voters to know when considering a candidate, how voters should go about “estimate[ing] the risk” of a candidate “engaging in corruption,” and what might assist law enforcement in detecting violations of the Emoluments Clause and crimes “such as insider trading.” 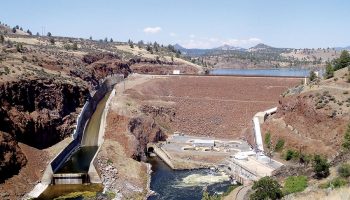 ‘Without any follow up flood control systems, the area would be at risk’ 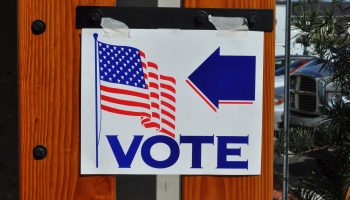 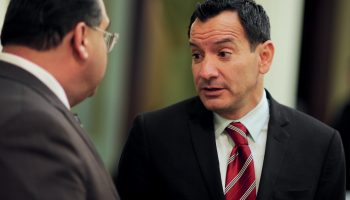 Assembly, Senate Set To Vote Remotely, By Proxy This Session