Home>Articles>White House Holds Press Briefing On Coronavirus, After U.S. Government Orders The First Quarantine in Half a Century
02 Feb 2020 8:43 am

The Center for Disease Control on Friday has ordered a quarantine for all American evacuees from Wuhan, China who arrived at March Air Reserve Base in Riverside, California. This is the first time in 50-years the United States government has taken such steps to avoid the spread of disease.

Close to 200 American diplomats and citizens including family units with infants and teens were flown from the epicenter of the Coronavirus in Wuhan, China to the military base in Southern California. The CDC said the quarantine will last at least two weeks.

“Under the statutory authority of the Health and Human Services (HHS) Secretary, federal quarantine orders have been issued to all 195 United States citizens who repatriated to the U.S. on January 29, 2020. The quarantine will last 14 days from when the plane left Wuhan, China,” tweeted the CDC.

U.S. Secretary of the Department of Health and Human Services, Alex Azar led a White House Press Conference Friday with members of the CDC.  “As part of the administration’s work to protect Americans and respond to the 2019 Novel Coronavirus outbreak, today I signed a public health emergency declaration,“ Azar stated. “President Donald Trump and his administration took decisive action and formed a Coronavirus Task Force.”

Trump tweeted,  “I just received a briefing on the Coronavirus in China from all of our great agencies, who are also working closely with China. We will continue to monitor the ongoing developments.”

“This legal order is part of a public health response that is necessary to prevent the transmission and spread of this virus in the U.S. This federal quarantine will protect the health of the repatriated US citizens, their families, and their communities,” tweeted the CDC.

Prior to today’s quarantine,  Moreno Valley Councilwoman Carla Thorton that said neither the City of Moreno Valley nor the March Joint Powers Authority was notified by the Federal Government of the plane being redirected from the Ontario Airport to the military base.

“This is a federal issue and there needs to be better communication to the local cities and residents who are impacted,” said Thorton.

During a press conference in Riverside County on Wednesday, Chris Braden from the CDC reported the passengers would voluntarily stay on base for three days while they underwent tests for the virus that has killed 213 people and infected close to 10,000 around the world, including six people in the United States.

On Thursday, a passenger tried to leave the base before the 72-hour evaluation and testing for the infection was completed. This action resulted in Riverside County Public Health Officer Dr. Cameron Kaiser to issue an order for the passengers to stay the entire three day period. However, less than 24 hours later the CDC strengthened the quarantine for the entire two weeks, an action they have not taken in a half a century.

Brook Federico from the Riverside County Health Department released the following statement, “Riverside County health officials fully support the quarantine order implemented today by the Centers for Disease Control and Prevention. Riverside County officials will continue to work collaboratively with local, state and federal representatives to protect the health of the returned passengers, residents of March Air Reserve Base and all community members of Riverside County.”

First ‘committee of the whole’ meeting held since 1995 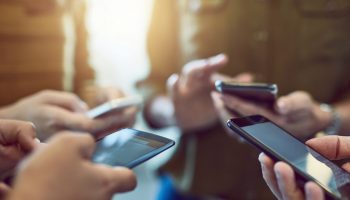 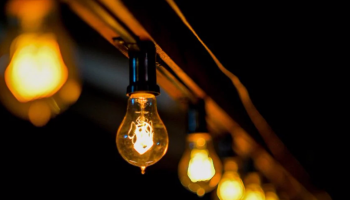