Home>Articles>The ‘Right To Choose’ Does not Apply to Childhood Vaccinations Under Senate Bill 276
21 Jun 2019 2:02 am

A five-hour hearing Thursday in the Assembly Health Committee on another vaccination bill, SB 276 by Sen. Richard Pan (D-Sacramento), had a turnout of thousands of angry parents worried about the explosion of anaphylactic allergies, pediatric cancers, autism, autoimmune diseases, chronic conditions and learning disabilities in their children, which many believe are related to the high number of vaccinations babies receive.

Many said they would be forced to flee the state if medical exemptions are no longer allowed. Several mothers reported they had to perform CPR on their infants after receiving vaccinations. Many parents testified they fled communist countries to get away from laws like SB 277.

“According to the author, in the first four months of 2019, 465 measles cases have been reported across 19 states, a number far surpassing last year’s number of cases,” SB 276 bill analysis says.

However, “In 2019, four outbreaks linked to patients with international travel have been reported in California,” California Department of Public Health reported. As of June 19, 2019, 53 confirmed measles cases, including 33 outbreak-associated cases (3 completed outbreaks, 12 cases; 1 ongoing outbreak, 21 cases), have been reported.”

A woman’s right to choose is a rallying cry for women across the country. But they are talking about choice over abortions, and not vaccinations.

Parental choice and decision making over childhood vaccinations was removed in California because of a state law passed in 2012. Assembly Bill 2109 by then-Assemblyman Richard Pan (D-Sacramento), orders that California school-aged children will not be allowed to attend public school without proof that parents have been counseled, and children vaccinated, in accordance with the vaccination schedule of the federal Center for Disease Control.

The only exception to the law was a personal belief or religious exemption – the only way Pan could get the bill passed. 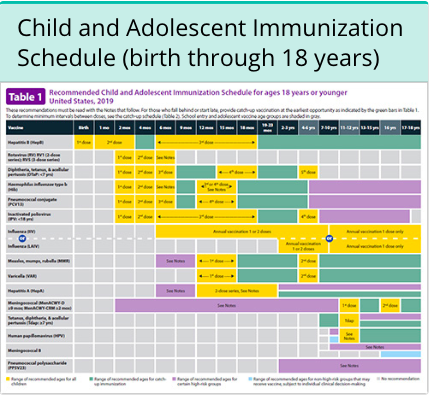 “The issue at the root of Pan’s bill is the influx of children from other countries into California’s public schools, who bring with them new strains of measles, mumps, chicken pox and flu bugs, among other communicable diseases,” I wrote in 2012. “Children who have recently traveled out of the country also bring home infectious diseases. Instead of dealing with the root of the problem, with the stroke of a pen, the Legislature and governor decided that every California child must get vaccinated.”

“The bill was sponsored by the California Immunization Coalition, along with the American Academy of Pediatrics, the California Medical Association, and the Health Officers Association of California,” I wrote in 2012. “The California Immunization Coalition Board of Directors is made up of primarily public health doctors, pharmacologists, and medical industry consultants and lobbyists, and is a perfect example of special interests pushing a bill from which they will greatly benefit.”

The legislative game played by many lawmakers is to amend a bill until they can get it passed through the committee process. That’s what Assemblyman Pan did in 2012 to get AB 2109 to the governor’s desk for signing. But that’s rarely where it ends. They usually come back the following year with another bill to restore the issues removed from the original controversial bill.

Sen. Richard Pan came back with another bill, Senate Bill 277, to remove even the personal belief/religious exemption, following the measles outbreak at Disneyland. “We are in a situation where there are not enough people being vaccinated to contain these dangerous diseases,” Pan said at a news conference in February 2015. But he refused to address parents’ concerns about the volume and safety of vaccinations given to children.

But that wasn’t enough.

In the 1960’s, children received only four vaccines: Smallpox, measles, polio and mumps vaccines. Now, children receive as many as 24 shots by 2 years of age and five shots in a single visit. Most children receive 49 vaccinations by the age of six, and more than 60 vaccinations from day of birth to age 18. Newborns receive eight routine vaccinations in accordance with the Center for Disease Control’s vaccine schedule, during the first 15 months of life:

Hep B: hepatitis B, a serious liver disease – 3 doses

Polio: polio. This vaccine is given as a shot (inactivated vaccine called IPV) – 3 doses

Newborns must receive a hepatitis B vaccination shortly after birth before being discharged from the hospital, despite that they are not at risk for hepatitis B infection unless they are born to a mother infected with the hepatitis B virus or are given a blood transfusion that is contaminated with hepatitis B.

Women report they are routinely harassed if they refuse to consent to give their newborns the hepatitis B shot at birth. Many are threatened that child protective services will be contacted and they will be charged with child medical neglect or child abuse if they don’t vaccinate their child.

Hepatitis B is a blood-transmitted infection that is rare in childhood. Adults engaging in IV drug use and sex with multiple partners are at highest risk for hepatitis B infection.

Assemblyman Adrin Nazarian (D-San Fernando Valley) suggested to Sen. Pan that instead of creating an expensive and broad new bureaucracy within the Department of Public Health, his bill address specifically the doctors who are authorizing medical exemptions to people who are not their regular patients. And Nazarian questioned the need for the bill with so few actual measles cases in a state with 40 million people.

Nazarian had documentation from the Los Angeles Unified School District showing nearly all areas of the district at 90 percent or above of kindergarteners with vaccinations, with the exception of one area, just slightly below 90 percent. Nazarian asked Pan why he wouldn’t consider instead addressing the doctors who were offering medical exemptions without seeing patients, but Sen. Pan held firm in his decision to allow the Department of Public Health additional state-level oversight and the creation of a  standardization of exemptions.

“I’m sorry doctor, but that’s not very convincing,” Nazarian said. “This is not a black and white issue, and science changes. This is overreaching… there is a better way of doing this.”

Committee chairman Assemblyman Jim Wood (D-Santa Rosa) said schools should be reporting at 95 percent or better and many schools did not achieve this.

Many parents contacted committee members prior to the hearing to say they were never asked about family history prior to receiving vaccinations. Sen. Pan insisted they always are – but members of the public shouted him down saying that was not true. Pan said all parents have to formally consent to the vaccinations, and medical professionals cannot administer a vaccination without the consent.

Assemblyman Chad Mayes (R-Yucca Valley) told of a family friend whose baby daughter developed a rash after the MMR vaccination, which lasted over one year. The parents sought out a doctor to research and explain this to them, suggesting they were candidates for a medical exemption, but not under CDC guidelines.

Mayes asked Sen. Pan why a doctor would be investigated after five medical exemptions. Pan replied that five is not a cap, but just a measurement: “Any physician who has issued five legitimate medical exemptions in a year has nothing to worry about, and will only be examined,” by the Department of Public Health, Pan said. “If they are all legitimate, they can write as many as they want.”

Members of the public in the audience yelled “Liar,” and were chastised by Wood.

A Department of Public Health representative described the investigation process as an “enforcement” process.

Dr. Bob Sears, a pediatrician in Orange County and opponent of AB 2109, SB 277, and SB 276, testified at the hearings of all of Pan’s bills, and again Thursday.  In 2012, Sears testified: “The largest study done to date on this issue (Dismissing the family who refuses vaccines: A study of pediatrician attitudes, Archives of Pediatric and Adolescent Medicine, Oct. 2005) reveals that 39 percent of American pediatricians state they will dismiss patients from their office for non-compliance with vaccinations.”

At Thursday’s hearing, Dr. Sears testified that he has a very busy medical practice and charges the same amount for a medical exemption visit for his patients as he does for a regular office visit, pointing out that he does not charge more to profit from medical exemptions. Sears said in his practice if he sees a child with severe vaccination reactions: seizures, chronic eczema rash (as Mayes spoke of), which are not on the Center for Disease Control list of allowable exemptions under Sen. Pan’s SB 277, he decides whether or not more doses of the vaccination is appropriate, and/or if to space them out. “This bill would take all of my exemptions and negate years of medical care, legally done,” Sears said.

Sen. Pan replied that Dr. Sears has been investigated and on probation for his medical exemptions, and is “heavily involved in this activity.” Pan said Dr. Sears was providing exemptions while on probation.

Later, as an example of frequent exemption requests, Pan said, “Vaccines do not cause autism. The evidence does not support that. But other things that we are not aware of may.” Members of the public in the audience loudly expressed their disagreement.

Dr. Sears asked to respond to Pan’s statement, but the Assembly panel chose not to allow him to address this.

After five hours of the hearing, the committee passed SB 276, 9-2, with two members saying they were not voting. The bill will be heard in Assembly Appropriations next.