As the school year begins, California’s schools are in dire shape.

As appalling as the state’s test scores are, they likely underestimate the extent of California’s learning loss. That’s because statewide testing wasoptional in 2021. Only seven grade levels were tested last year. Just 24 percent of students in those seven grade levels completed the Smarter Balanced tests statewide.

And learning loss is potentially greatest in Los Angeles. In a concession to the United Teachers Los Angeles teachers’ unions, Los Angeles Unified Schools have skipped the Smarter Balanced exam requirement for two years in a row.

It’s not surprising that the L.A. teachers’ union strongly opposed standardized tests during the COVID-19 pandemic. That testing data could have sounded the alarm on the catastrophic learning loss caused by remote learning.

At every turn, UTLA aggressively blocked plans to reopen schools. In March 2021, 91 percent of UTLA members opposed reopening schools and remained in distance learning programs that were causing kids to fall behind.

“For many special education students this setback is something that is going to impact them for years,” Alicia Montgomery, executive director of the nonprofit Center for Powerful Public Schools, told the Los Angeles Times.

This catastrophic learning loss should be the greatest concern for teachers. Instead, the top teachers’ union brass denies that it exists at all.

“There is no such thing as learning loss,” Cecily Myart-Cruz, president of United Teachers Los Angeles told Los Angeles magazine last year. “Our kids didn’t lose anything. It’s OK that our babies may not have learned all their times tables. They learned resilience. They learned survival. They learned critical-thinking skills. They know the difference between a riot and a protest. They know the words insurrection and coup.”

Every parent in Los Angeles knows that the teachers’ union chief is full of “baloney.” A study published by the National Bureau of Economic Research concluded that students suffered “highly significant” learning loss during the 2020-21 academic year. The consulting firm McKinsey & Company identified a “significant” impact on student learning that left “students on average five months behind in mathematics and four months behind in reading by the end of the school year.”

In their analysis of learning loss, researchers at Harvard University, the American Institutes for Research, Dartmouth College and the education non-profit NWEA found that learning gaps were worst in states with higher rates of remote instruction overall and “math gaps did not widen in areas that remained in-person.”

“It just keeps you up at night,” said Karyn Lewis, director of NWEA’s Center for School and Student Progress.

With more time in the classroom, students can catch up — if the teachers’ union will allow it. When Los Angeles Unified added just four additional days to the upcoming school year, the Los Angeles teachers’ union filed a complaint to stop it. Now, the union is organizing a boycott of the first “acceleration day” on October 19 – with the support of more than 93% of teachers.

How did we reach the point where the average eighth grader in California understands math at a fifth-grade level? 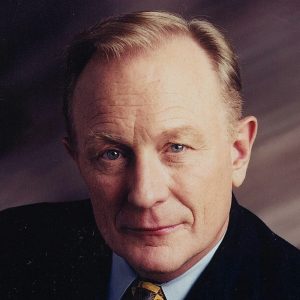