In a press release dated August 25, 2022, California Attorney General Rob Bonta announced the release of state crime data for 2021. Noting that violent and property crime rates “remain significantly below their historical highs,” he admitted that homicides increased 7% last year. This follows a 31% increase in homicides from 2019 to 2021. The largest single-year increase in state history.

Taking the Attorney General at his word that “Good data is a cornerstone of good public policy,” the latest Crime in California report strongly suggests that current policies are taking the state in the wrong direction.

The report shows that the number of homicides is the highest it has been since 2007. There were 1,000 more reported rapes than last year and aggravated assaults are the highest since 2004. Eleven thousand more vehicles were stolen last year than in 2020, and vehicle thefts have increased every year since 2008. These are not good numbers.

So during a period of years with rising violent crime and auto thefts, the number of offenders arrested or serving time on probation has been steadily declining. How can this be?

California Governors, legislators and Attorneys General have been aggressively working to reduce the consequences for crime since 2011 when Governor Jerry Brown signed AB 109, the Public Safety Realignment Act into law. Passed on a straight party-line vote with no committee hearings, that 425-page law transferred responsibility for all but the most violent criminals from state prisons to county jails, effectively reducing their sentences. In 2013 Brown signed AB 4, the Trust Act, to prohibit local police departments from contacting federal immigration authorities to take custody of illegal alien criminals. As a result, they were released back onto the streets.

In 2014, the ACLU and groups funded by billionaire George Soros pooled roughly $10 million to fool state voters into passing an initiative called “The Safe Neighborhoods and Schools Act.” Proposition 47 converted many drug felonies and all property crimes valued at $950 or less to misdemeanors, with few if any consequences. The growth of California’s drug-addicted homeless population, the epidemic of fatal fentanyl overdoses and smash and grab robberies are directly tied to Prop. 47. The reason state data shows that most property crimes are down, is because the public no longer reports them to police, and with no consequences for offenders, police are not arresting them. That initiative and decisions by local politicians to defund police departments in Los Angeles, San Francisco and Oakland, explains why arrests are going down.

In 2016 Governor Brown qualified Proposition 57, The Public Safety and Rehabilitation Act of 2016, for the November ballot. With millions of dollars from Brown and Soros, the initiative was advertised as providing nonviolent offenders a chance for early release and rehabilitation.

Fooled again, voters passed Prop. 57 despite warnings from district attorneys and sheriffs that the measure would allow habitual felons, with priors for rape and murder, to gain early release. The Governor denied this, but in 2018, a Los Angeles appellate court and a Sacramento judge both ruled that the warnings were correct.

In 2017 Governor Brown signed SB 620 into law. That bill eliminated the mandatory sentence increase for the criminal use of a firearm, allowing judges to give gun-wielding criminals shorter sentences. A year later the Governor signed SB 1391, which prohibits juvenile murderers, aged 14 and 15, from being tried as adults, and SB 1437, which abolished the felony murder rule, allowed hundreds of accomplices to murder during the commission of a felony to get an early release from prison.

Brown’s successor, Gavin Newsom has continued the effort to increase crime in California, beginning with a 2019 executive order blocking the executions of every one of the state’s worst murderers. Later that year he signed AB 136 to eliminate the one-year sentence increase for habitual criminals charged with new crimes for each prior felony. In 2020, during the pandemic, Newsom authorized the elimination of bail for most property and drug criminals, releasing thousands of car thieves, commercial burglars, drug dealers and wife beaters back onto the streets shortly after arrest. Weeks later he authorized the early release of thousands of prison inmates to protect them from getting Covid 19. Last year, Governor Newsom authorized his Department of Corrections and Rehabilitation under Proposition 57, to begin releasing up to 76,000 state prison inmates after they have served from two-thirds to one-half of their sentences. Although this policy is being challenged in court, it is currently allowing scores of prison inmates, including murderers, to be released every week.

Attorney General Bonta has excused today’s increasing crime by telling us it is not as bad at as the “historical high” violent crime rates in the 1980s and early 1990s. That crime epidemic, which turned hundreds of thousands of Californians into crime victims, was the result of the same soft-on-crime polices that state legislators, Governors and Attorneys General have put in place over the past decade. Attorney General Bonta supports those policies.

Even in the face of today’s dramatic increases in crime and violence, California’s elected leaders are still working to soften or eliminate the consequences for criminals. It is time for voters to replace them and stop this madness. 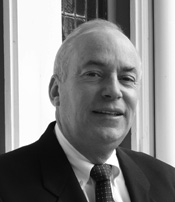 Latest posts by Michael Rushford (see all)
Spread the news: