We are 5 days into the New Year and the California Sierra snowpack is already at 177% of normal, thanks to recent storms and the “Bomb Cyclone” hitting Northern California. Statewide, the average snow-water equivalent is 17.1 inches — 174% of the historical average, SacBee.com reported.

Eight feet of snow fell in the Sierras over New Year’s weekend, and another 3 – 4 feet of snow is anticipated in the mountain range with this current storm. Wind gusts of 65 mph were recorded at Sacramento International Airport last weekend, and are expected to hit 65 mph again.

Northern California hasn’t seen a storm like this since… last year. The October 24, 2021 atmospheric river was one for the record books. “October 24th, 2021 will go down as the wettest day for many cities around the Bay Area, setting records along the way,” wrote the Center for Western Weather and Water Extremes in their review of the event. “Portions of Northern California received more than 15 inches of total precipitation from the three storms. Intense rainfall caused flooding in the Bay Area and triggered multiple slides in Northern California.”

But California officials can never let a crisis go to waste.

“While we see a terrific snowpack and that in and of itself is an opportunity to breathe a sigh of relief, we are by no means out of the woods when it comes to the drought,” Karla Nemeth, the state Department of Water Resources Director said.

But here is the likely reason – the State is still letting water out of our partially filled reservoirs. 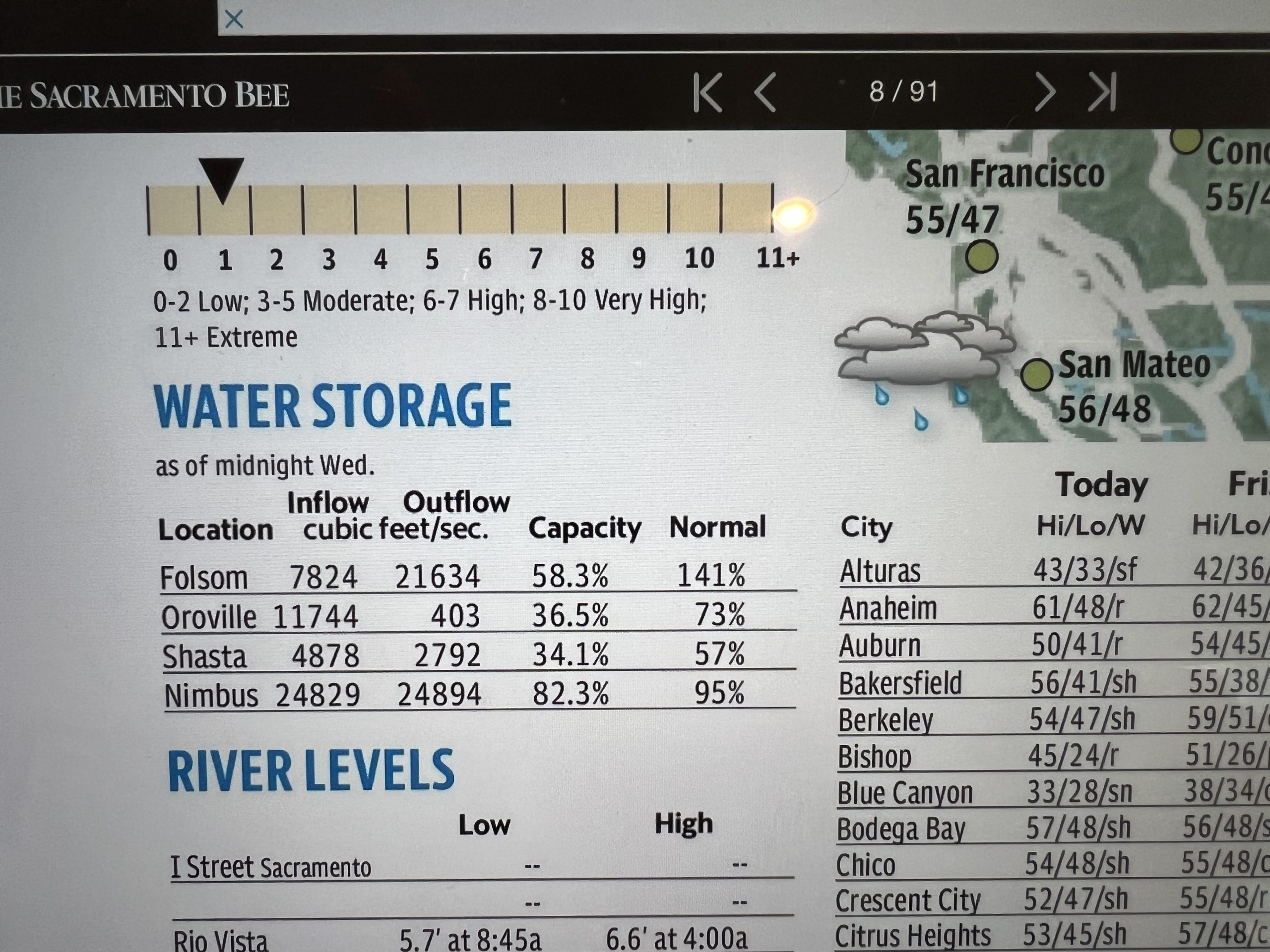 Lake Oroville is at 36% of capacity.

Shasta Lake is at 34% of capacity. 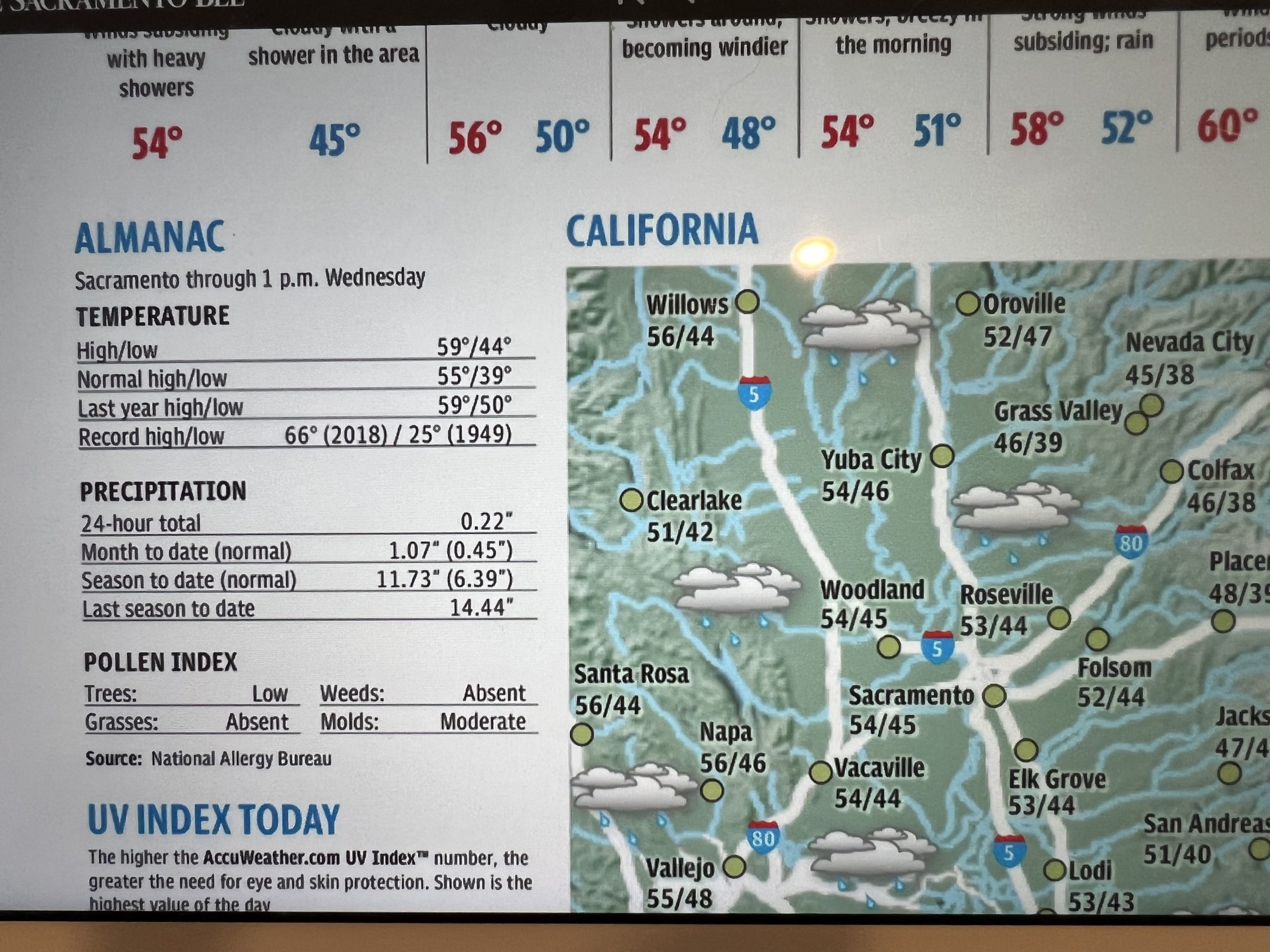 With the current storms, flooding and abundant water flows, the state should be sending the “excess” water flowing down to the Central Valley and Southern California for localized storage. The Temperance Flat and Sites Reservoirs should be storing water. However, neither reservoir is built, but the water bonds were passed by voters. More than $30 billion worth of water bonds have been passed by California voters, but not used for additional water storage.

These are the inflows and outflows of the perpetually low San Luis Reservoir:

This is a photo I took in October 2022 of the San Luis Reservoir.