His workers may have been too scared to start complaining, but local officials turned up the pressure to end production. Finally, on March 18th, after the county sheriff directly told Tesla they weren’t essential under the lockdown orders, the factory shut down some of its operations. Operating under reduced capacity, Tesla still continued producing vehicles, telling workers they could use their paid time o

ff if they really wanted to stay home, until finally closing about a week later.

Around the same time, news began to break that employees from Tesla and SpaceX had contracted the coronavirus. Who could have seen that coming? Well, those who have followed Musk’s failure of leadership within the State of California over the years – especially those pertaining to his unethical, unsafe workplace conditions, weren’t surprised.

When reports began to raise serious questions about Tesla’s employee safety back in 2017, Musk put out a statement claiming bold changes that would put employee health first. Sadly, employees conveyed that he didn’t keep those promises. As time went on, workplace injuries continued at an unsavory rate.

2018 wasn’t much better for the South African billionaire when workplace injuries continued at an alarming pace. After touting a significant drop in its workplace injuries, an investigation from Reveal’s Center of Investigative Reporting found that the company hid serious injuries the law legally mandated it reports to cast the illusion of improvements. Its serious injury rate charted at 30-percent worse than 2017’s industry average. Workers cited “a chaotic factory floor where style and speed trumped safety,” with Tesla staff often invoking Musk’s name to silence critics and justify shortcuts.

By 2019, new reports still circulated of Musk’s highly unsafe work environments. One from Forbes found “24 investigations by California Occupational Safety and Health Administration inspectors from 2014 to 2018, resulting in fines for 54 violations.” BMW, Nissan, GM, Ford, Honda, Hyundai, Subaru, Kia, and Mercedes’ largest plants only received 18 violations over that same period – meaning that Musk’s factories were twice as dangerous as any of its competitors.

Although these results are nothing short of repulsive, some in the media continue to tout Musk as a coronavirus role model for his work in donating ventilators – ones that some health professionals are saying may do more harm than good.

They need to talk with anyone on the ground in California that had to deal with his COVID-19 negligence, to put this seeming act of kindness into perspective. Historically, Musk has always had ulterior motives in mind, and this case – where he is in desperate need of cover for his horrendous workplace behavior – is of no exception.

California and federal lawmakers shouldn’t let it stand. With the legislatures around the country understandably preoccupied with giving consumers the support they need during the devastating coronavirus, Musk may remain free to operate his business as usual for a while. But once this crisis has passed, he is due for a close inspection from CalOSHA and the Labor Department. The health and safety of his workers depend on it. 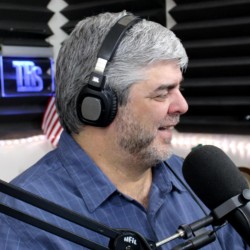 Joe Messina
Joe Messina is host of the nationally syndicated The Real Side/with Joe Messina, he is a former tech industry executive and analyst for Johnson Controls, Entex Technologies and American Express.

Latest posts by Joe Messina (see all)
Spread the news: