One of the most frightening things I ever saw occurred in April of 2020.  Gavin Newsom had just declared a “public health emergency,” seized “emergency” powers, and bureaucrats were running through the city in which I lived in “red-tagging” small businesses, basically ordering them to shut down. If I wanted to go to the grocery or hardware store, I had to wait in line, wear a mask, and stand at least six feet away from everybody, by government order. Tens of thousands of people lost their jobs, children were kicked out of school, government workers received their full pay without ever showing up to their jobs, but nongovernment workers were forced to apply for meager public assistance, churches were shuttered, small businesses collapsed across the state, all because of the exercise of tyrannical government power by California Governor Gavin Newsom.

Newsom was the first Governor in the country to declare this emergency, install himself as a virtual dictator by seizing this unilateral power, and completely ignore the democratic process. This is ironic now since he is advertising in Florida that, if Floridians want freedom, they should come to California.

Floridians know better. From March of 2020 through December of 2021, I was in Florida as least a dozen times. It was “Free America.” Businesses thrived, people kept their jobs, one could go to church without worry of police intervention. Even better, streets were clean, that is, not cluttered with homeless tents and trash. Crime was down, that is, businesses were not threatened with “smash and grab” criminals. The economy was booming, and taxes were low. It was a breath of fresh air for this Californian.

In California, we know that there is something seriously wrong. Our schools are falling apart, our houses cost too much, the price of gasoline is out of control, our city streets are cluttered with the trash and feces of drug addicts and the mentally ill, our freeways are overcrowded, and we are running out of electricity and water. The government is letting our worst criminals out of prison, and those criminals are terrorizing the law-abiding citizens. Yet our Governor is running around buying commercials in Florida, attacking, and criminalizing, the behavior of law-abiding citizens (like churches and gun owners), and promising California will be a sanctuary for illegal aliens and abortions.

That is how dictators keep their power. First, they use an emergency to seize power and eliminate freedom. They then use every excuse they can think of to distract people from the real problems facing them and creating false scenarios to allow the dictator to harass and arrest those who disagree with them.

California makes around sixty-five cents in taxes from every gallon of gas (by contrast, oil companies and gas stations make about forty cents of that same gallon of gas), yet when called upon to reduce those taxes, Newsom said no and instead raised the taxes on working class Californians. He had no problem, however, giving government workers huge bonuses, significant raises, and yesterday a “tax credit” for the union dues they pay.

He increased your taxes and cut the taxes of the government workers. Why? Because government worker unions give him millions of dollars every year to keep him and his Democrat minions in power. You, on the other hand, just pay the bill.

As of this date, Newsom has never given up the power he seized in March of 2019.  Working Californians have been faced with crushing government controls, taxes, regulations, but he has pursued an endless string of issues and press conferences focused more on political posturing and pandering than on actually solving the problems of working-class Californians, just like the 20th Century dictators. And, as an example of his arrogance, he recently took a vacation in Montana, a state he has placed on the list of states banned from state travel. “Regulations and controls for thee, but not for me,” is his arrogant approach to governing.

He is a dictator in every sense of the word, or as I have called him, an “Arrogant Lazy Authoritarian.” Yet his shills in the mainstream media compliment him on his “aggressive pursuit of Democrat values” rather than his real policy failures. California is not, as Newsom claims in his commercials, a font of freedom. It is rather a tinhorn dictatorship, ruled by government fiat that destroys the life and freedom of its residents.  Floridians know that, and that is why Newsom’s commercials are a joke.

This article has been updated to correct the date of April 2019 to April 2020. 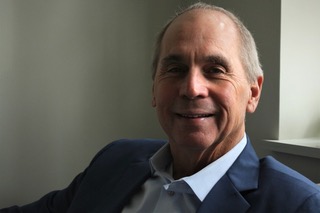 Ray Haynes
Ray Haynes has had a long career as a lawyer, handling public policy issues, and as an elected official. He was first elected to the California Legislature in 1992, serving as a State Assemblyman from 1992-94 and 2002-06. In between his two tenures in the Assembly, Haynes served as a State Senator from 1994-2002. He currently practices law and government relations in California.

Latest posts by Ray Haynes (see all)
Spread the news: