Lawmakers across California held rallies on Sunday and Monday to gather final support for Proposition 1, a Constitutional Amendment to “enshrine the ‘Right to Abortion, Contraception,”with Governor Gavin Newsom and Secretary of State Shirley Weber in particular leading a large rally in Long Beach.

Proposition 1, a statewide ballot measure that, if passed, would amend the California state constitution to grant the right to abortion and contraceptives, only began in earnest earlier this year. In May, following a leaked Supreme Court draft decision overturning Roe v. Wade, abortion activists were prompted to quickly scramble together a ballot proposal, with Governor Newsom and leaders in both the Assembly and Senate gathering enough support to pass a bill, SCA 10, in June to place it on the ballot for November. 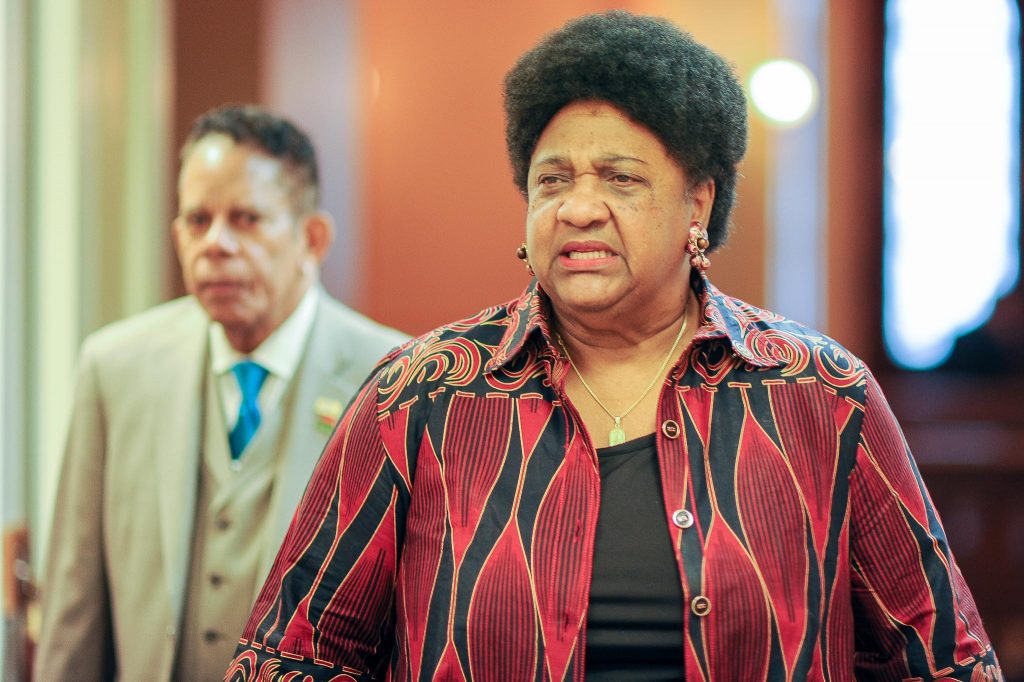 Since then, California has positioned itself as an abortion sanctuary state, with the new law being the cornerstone of all future laws having to do with abortion expansion and protection in the state, as well as attracting more people out of state wishing to have abortions but unable to do so due to new restrictive measures where they live. Polls since the summer have shown strong support for Prop 1, with the most recent ones showing 69% of voters in favor of the measure.

Despite the overwhelming support, many lawmakers have continued to have rallies in favor of Prop 1, including several on Sunday and Monday. In Long Beach, Governor Newson headlined a rally at Long Beach Community College, pushing for Californians to vote for the measure on Tuesday.

“This is our opportunity to send a powerful message back to people all across America, that we have their back,” said Newsom. “We believe in reproductive freedom, we believe in women’s rights to choose, we believe in these fundamental freedoms, and we’re not going to take this moment for granted. The overturning of Roe v. Wade could lead to other individual rights being stripped away. Civil rights are on the line.

“It’s local government. It’s states like California that are on the front lines of rights all across this country. Do not take that for granted.”

Secretary Weber also spoke, backing up what Newsom said by saying, “Freedom is not free. Justice demands constant attention, and forever shall we watch and be vigilant for it. These are people who are trying to take away our legacy and the fight of our ancestors. These are the women who gave us so much and women who died trying to get abortions. These are those who were never considered in this country, to be respected, to have the right to define for themselves who they were and what they needed. That’s who we’re fighting for, not just ourselves, but for all of the history that we stand on.”

While the rally energized the 500+ people reported to be in attendance, many against Prop 1 have said that California taxpayers will have to pay millions due to the increased number of out-of-state abortion seekers heading into the state. In addition, many are worried about Prop 1 not setting up limits and being vague about many matters, including on the issue of late-term abortions.

“This was definitely more of a reactionary Proposition to the Dobbs v. Jackson Women’s Health ruling rather than it being for the sake of being in the constitution,” lawyer Ramona West told the Globe Monday.

Many voters have also recently questioned if all of the rallies were necessary, due to the large percentage Prop 1 is expected to pass by. However, experts chalk it up  it being about others things besides Prop 1.

“First of all, it is free publicity for all the candidates there, so it works as a political rally for several candidates at once, which in Long Beach and the surrounding area like Orange County, there are a ton of close races,” noted Dixon Kelly, a ballot measure researcher in a Globe interview. “Second, it reaffirms a huge part of Newsom’s platform on abortion rights. He’s been wishy-washy on some issues recently, so this gets him back on track. And third, it is helping lay the ground work for California being a bastion of reproductive rights. The rally had nothing to do with the Preposition. That was always going to pass. No, Newsom and the others wanted to look good, they wanted to reaffirm their policy in a large setting, they wanted to support Dems in some close races, and they wanted to bring out the vote for Dems. So obvious that was what it was about.”

The rally in Long Beach was the last scheduled major rally for Newsom and others before the election on Tuesday.