“Corporate greed and Super PACs are corrupting our political system and nowhere is that more obvious than in our electoral process. Jeff Denham has been bought and sold by corporations and the Republican party, taking more than 70% of his contributions from special interests,” Harder’s campaign 2018 website in the race against Jeff Denham said. “That is why I have taken a pledge to refuse Corporate PAC donations.”

However, recent Federal Elections Commission campaign filings show Harder has changed his tune, less than one year from his win. Some of Harder’s recent corporate contributors include Goldman Sachs, Blue Cross/Blue Shield, and a host of capital management companies as some of the biggest contributors. The FEC reports Harder’s campaign contributions as of June 30, 2019 total $1,648,733.03.

Harder has a challenger for the 2020 election, and this challenger isn’t pulling his punches. Ted Howze launched a campaign website recently attacking Harder. The website is called JoshHarderPACMAN.com.

Howze claims Harder has violated his campaign promise of not taking money from political action committees.

FOX40 reported last week they reached out to Harder’s campaign for a response to the website. A Harder campaign spokesperson sent the following:

“Josh has never taken a penny of corporate PAC money and never will. Period. Ted either doesn’t know what he’s talking about or is trying to mislead people. While Josh was busy focusing on creating jobs, growing our water supply, and protecting our health care, Ted was busy wasting money to peddle a lie. It’s also interesting that Ted wants to bring up funding sources because he has spent $600,000 of his own money trying to buy this Congressional seat. Give me a break.”

The Jersey Values PAC lists contributions from individual donors of $200 or more HERE.

The PAC to the Future contributions from individual donors of $200 or more HERE.

While it is standard for “Party Bosses” and political leaders to contribute,Harder says he will work for families, not “Party Bosses.”  House of Representatives Speaker Nancy Pelosi is a contributor to the Harder campaign, as is the Democratic Congressional Campaign Committee. 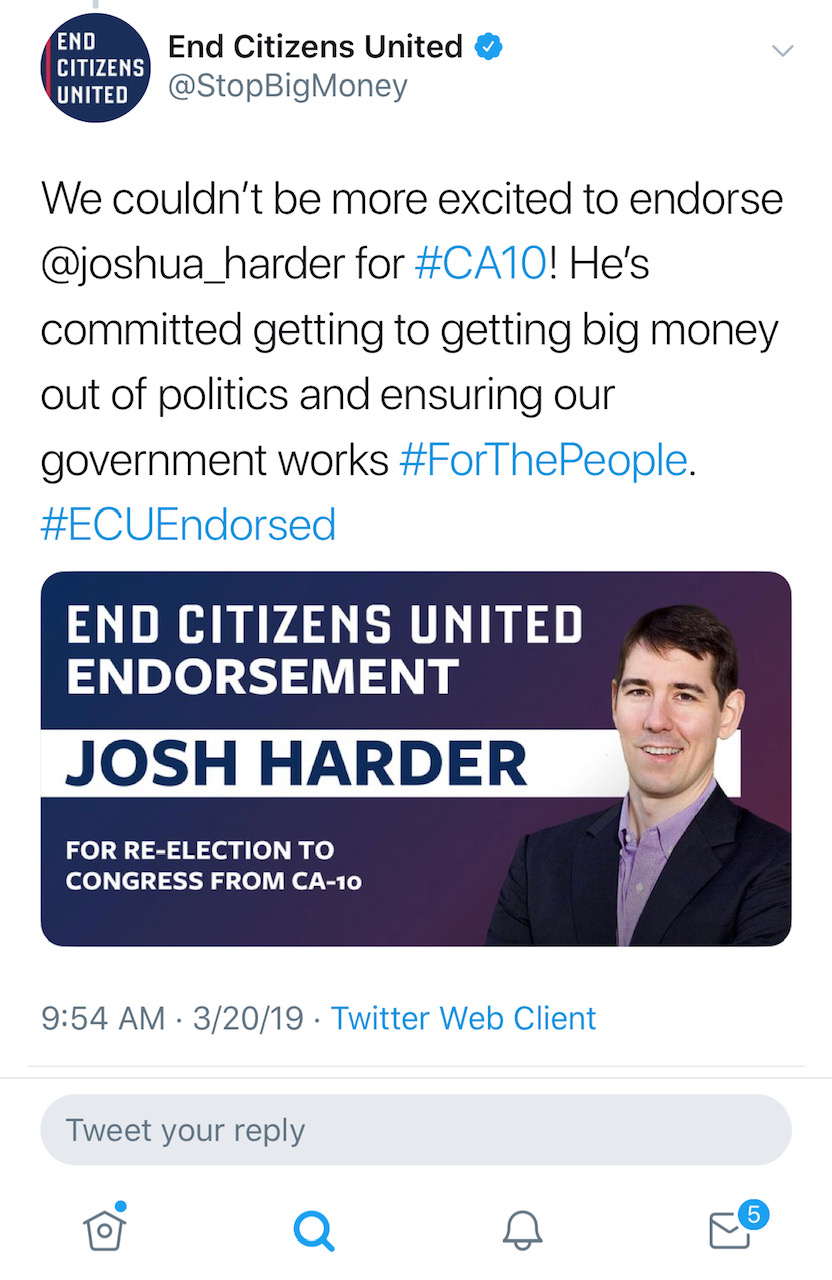 California Globe called and emailed the Harder for Congress campaign to discuss the his campaign and contributions, but did not receive a return call or email by publication time. Should we hear from the campaign, we will update the article.