Home>Articles>Leaving California: Interviews With Californians Who Moved To Greener Pastures
16 Jul 2019 2:04 am

California’s real estate market is good for sellers, but bad for buyers – it’s expensive and there is a shortage of available and affordable residential homes. The rental market is even worse, largely because of thousands of pages of regulations imposed on developers and builders making it cost prohibitive even before the ground has broken.

Last month in the California Senate, Sen. Hannah Beth Jackson argued that it is a myth that people are leaving the Golden State. “I am frankly tired of hearing how people in the state of California are leaving,” Sen. Jackson said. Jackson added that when people are stuck in legendary traffic on the 405 in Los Angeles, or on the 101 in Santa Barbara County, “people aren’t leaving the state. They are going from place to place.”

Gov. Gavin Newsom argued that California’s “gross domestic product outperforms all other states.” The state “is still the envy of the world,” Newsom told the San Francisco Chronicle.

Newsom also promised a group of executives at the June 2019 Pacific Summit in San Francisco: “We’re not going to be the cheapest place to do business, but you knew that 50 years ago,” WolfStreet reported. “He mentioned some of the reforms. ‘We’re making progress, and I hope you’ll start focusing on that rather than the 13.3% damn tax rate.’”

The denials are expected, but a dose of reality is also important.

A February survey by Edelman Intelligence found that 62 percent of Californians feel the best days of living in California are behind them. It could be higher now with the drug-addicts, homeless and transient explosion living on California city streets, spreading filth and diseases, selling and taking drugs, and breaking into homes, cars and businesses.

The survey also found 53 percent of Californians are seriously considering moving out of state due to the high cost of living –  Millennials say the same, at an even higher rate of 63 percent. With the median home price $611,000, and condos/townhomes topping $470,000, is it any wonder?

The survey found 72 percent say the lack of availability and the high cost of housing is a dominant issue, and this bumps up to 76 percent in the San Francisco Bay Area.

However, the same people surveyed said that because businesses make large profits “while draining local resources and straining infrastructure, they owe it to the public to contribute more to solving our local problems.” Go figure. Most business owners are facing their own set of state-induced problems.

Recently California Globe interviewed several individuals and business owners who left California for greener pastures. The Globe wanted to know what economic improvements they experienced, as well as regulatory improvements, whether there was less or more government intrusion, and any liberties and freedoms newly realized. 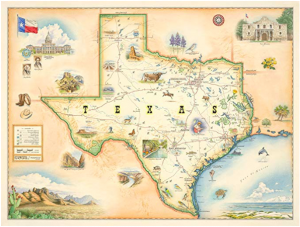 Former Assemblyman Chuck DeVore (R-Irvine) was in the California State Assembly from 2004 to 2010. DeVore ran as the Republican candidate for the United States Senate against then-Sen. Barbara Boxer, and lost. Shortly thereafter, in 2011 DeVore, his wife, kids and elderly parents and in-laws moved to Texas.  DeVore has been working for the Texas Public Policy Foundation since, and is Vice President for National Initiatives.

In an interview with Mr. DeVore, he said that he and his wife initially made the decision to move because they had taken on the responsibility of two aging parents with special needs, and their home in Irvine became rather tight with kids and grandparents under one roof. Finding another suitable home for a reasonable price was no longer an option as prices had soared the Orange County. At the same time, DeVore had agreed to write a book for the Texas Public Policy Foundation.

With two kids, DeVore said he and his wife also were concerned that California ranks dead last in the number of students completing high school and receiving a diploma.

So they moved to Texas. DeVore said they bought a lovely larger home than they had in Irvine, outside of Austin in the hill country on two acres, with a pool. And there was plenty of room for the in-laws to have their own rooms.

While Austin is the most progressive city in Austin, he said the permitting is not nearly as intrusive.

It became clear that because of his experience as a lawmaker in California, he had a unique perspective, and noticed more about the economy and job status. “There are so many more manufacturing jobs,” he said. “And because of the lower cost of living, you can own a pickup truck, live in a nice house and raise a family without public assistance.”

“California now is like a dystopian sci-fi film with the ultra-wealthy living on a space station, while the rest of the people who serve them, live on earth in squalor,” DeVore said. “Like Hollywood and Silicon Valley — very desirable areas. But the Central Valley, Fresno, Stockton are the forgotten, left-behind areas. How long can we continue to do this?”

Texas does not have a state income tax, therefore government collects less from each taxpayer, DeVore said. The American Legislative Exchange Council has found that over the past decade, states without a personal income tax have consistently outperformed – on GDP growth, employment growth and in-state migration – the nine states with the highest taxes on personal income.

New Hampshire and Tennessee residents don’t pay an income tax but do pay tax on dividends and income from investments.

As for healthcare in Texas, DeVore said some of the state’s Democrats want to expand Medicaid in the state. But he says, access to doctors and hospitals is better. In California there is a six to nine month wait to see a doctor under Medi-Cal, California’s form of Medicaid. DeVore said the left continues to conflate “coverage” and “access,” just as California’s Gov. Gavin Newsom does.

Houston is known internationally for its medical care and available doctors and specialists, DeVore said. “Even the indigent care in Texas for the working poor is better,” DeVore added.

Texas has its share of labor unions, but it is more balanced, DeVore said. “Everyone has to play along.”

“Land use is better than California, except maybe for the big cities,” DeVore said.

Lastly, we spoke about the demographics of both Texas and California. DeVore had some very interesting information on this. “There’s a lot of fear that the demographics of Texas will go the way of California,” DeVore said, noting that California has dramatically changed over the years with the influx of immigrants from Mexico and Central America. “California’s migrants come from very impoverished areas, and corrupt countries, as well as underdeveloped,” DeVore said. “In Texas, there are much stronger economic ties going back hundreds of years with Mexico.” Devore said there have always been migrants crossing over the border regularly for economic reasons – jobs in steel factories, and work in resorts on the Yucatan Peninsula. “There are much more vibrant entrepreneurial and industrial ties that go back to the founding of Texas,” he said. “The Mexicans here are much more likely to call themselves ‘Texans.'”

Since moving to Texas, DeVore said he has been contacted by many California constructions businesses, friends, other business owners and even former colleagues about making the move. He said government is more decentralized and there are far fewer ADA lawsuits, fewer regulations on equipment and construction. “In California, the thought of government telling you what to do is frequently on the mind. In Texas there is a different vibe. People here view government as more of an afterthought.”

Oh, and the average cost of gas in Texas right now is $1.99 per gallon. California gas is $3.75 average, and nationally AAA‘s daily tally has it at $2.79 per gallon on average.

59 thoughts on “Leaving California: Interviews With Californians Who Moved To Greener Pastures”