Home>Articles>OPINION: Education Lawmaking in California is Overshadowed by Teachers Unions
05 May 2022 9:15 am

In recent years, California has become a national icon for modeling progressive education policies, thanks to a State Legislature occupied by a Democratic supermajority and a complacent education bureaucracy. The state has codified controversial mandates for comprehensive sex education, ethnic studies, and is now considering a new set of state guidelines for equitable math. Many such sweeping initiatives were streamlined with little political resistance, even though the public had voiced growing opposition against ideologically driven teaching pedagogies.

This establishment-public divide is particularly pronounced through heightened tensions between ranking members of the education committees at the State Legislature and concerned parents who demand accountability, transparency and access in public K-12 education. On April 27th, 2022, at a committee hearing for SB 1045, a bill for enhanced parental review of K-12 instructional materials, California State Senate Education Committee Chair Senator Connie Leyva openly disparaged parents who attend school board meetings:

“Someone needs to give these parents a lesson on how to be professional. Yelling at people, screaming at people, running up and down the aisles, heckling people and students who are speaking… are some of the concerns that people have.”

Sen. Leyva’s distaste against a rising tide of parental involvement in their children’s education is rather an inaccurate caricature. Sadly, this sort of narrative has been a common talking point of state lawmakers to stoke divisions and collectively shame parents who were prompted by their genuine concerns for unscientific school closure policies and curricular changes. On April 19, 2022, Assemblyman Marc Berman even yelled profanity at parents who opposed a bill that would penalize medical professionals advocating for off-label early treatment of COVID.

While uncivil and disruptive conducts of zealous parents and community members should never be condoned, these incidents are few and far between. In the September 2021 letter from the National School Boards Association (NSBA) to the U.S. Department of Justice, only one accident in California was cited alongside a few other scant references to prove NSBA’s theory on parents’ “acts of malice, violence and threats against public school officials… equivalent to a form of domestic terrorism and hate crimes.” There are over 1,000 school districts in California – assuming each school district board meets only once a month, at least 12,000 school board meetings take place annually. One out of 12,000 is not even a drop in the bucket.

Why do politicians disregard common sense and logic to cherry pick an insignificant fraction of minor incidents at recent school board meetings and vilify ordinary parents exercising their rights to free speech? For one, the education deep state, which had once operated with opacity and little public scrutiny as a revolving door for special interests and bureaucratic captures, feels threatened by formerly inactive and decentralized stakeholders. Moreover, many elected officials are completely beholden to various teachers’ unions and therefore are disinterested in representing their constituents.

An itemized review of campaign donations from teachers’ unions to education committee members (chart at the end) in the California state legislature reveals the scale and pervasiveness of union influence in state education lawmaking.

One fact stands out from the analysis above. Political contributions from teachers’ unions are hyper-partisan in nature. Almost all Democratic lawmakers on the State Senate and Assembly Education Committees, with the exception of Senator Steven Glazer, have teachers’ unions as top donors. By contrast, only one union, the Association of California School Administrators, donated $4,000 to one Republican legislator, Assemblywoman Megan Dahle. This is starkly different from the bi-partisan pattern of political contributions from the business sector and other professional associations. For example, AT&T, a top business donor in California state politics, has given $107 million to 15,059 different races in the last 3 decades, with campaigns from each major political party receiving a roughly equal share.

In the last 25 years, the California Teachers Association (CTA), number one donor among all teachers unions in California, has contributed over $280 million to 727 different political campaigns, of which the overwhelming majority went to Democratic candidates and the Democratic Party Committee. The same can be observed of other teachers’ unions. The American Federation of State, County, and Municipal Employees (AFSCME), in spite of being the defendant that lost a landmark U.S. Supreme Court case in 2018 against compelled union representation of nonmembers, continues to be politically active in California. AFSCME California People, one main state chapter of the organization, has given $2.65 million, including $1.92 million to Democratic campaigns.

Most of these teachers’ unions are more concerned with advancing political agendas than with improving public education. The California Federation of Teachers (CFT), which has invested over $30.19 million in state politics in the last 25 years, recently hosted a Leadership Conference on racial and social justice. The convention featured speeches from State Superintendent of Public Instruction Tony Thurmond, American Federation of Teachers President Randi Weingarten and Justice Equity, Diversity and Inclusion Organizer Cynthia Eaton who argued that it’s all about race. CFT also promotes an initiative named “Reclaiming Racial Equity for Black Males in California,” proclaiming its crusade against structural racism and “the same old racially inequitable results.” Taking a partisan stance that Republicans are anti-immigrant, CFT even has comprehensive toolkits for circumventing immigration law enforcement.

The California Faculty Association (CFA), a self-proclaimed “anti-racist, social justice union of 29,000 faculty members at the CSU,” donated over $9 million to Democratic politicians and $75,000 to Republican races in the last 24 years. CFA’s Council for Racial and Social Justice advocates for unconstitutional racial proportionality in faculty hiring in the name of diversity and equity and “encourages…activism among underrepresented faculty.” The organization even sponsored a panel discussion, addressing “caste discrimination in higher education,” with a goal to “end the oppression of caste apartheid, Islamophobia, white supremacy, and religious intolerance.”

The Association of California School Administrators (ACSA), the nation’s largest umbrella association for school leaders, is one of the two organized opposition against SB 1045, the parental review bill that suffered a premature death at the California Senate Education Committee in April. What kind of school leaders club would object to the concepts of academic transparency and parental access? In 2018, ACSA embarked on a new, equity-focused strategic plan that outlined 37 milestones, including a statement on confronting “both internal and external bias, behaviors and policies” to promote “equitable educational outcomes.” Nowhere in its strategic plan document is parent or parental involvement mentioned. ACSA also promotes controversial contents such as “4 ways to get more Black and Latino teachers in K-12 public schools,” and segregates its leaders by race and gender on its Educational Equity and Inclusion web portal.

A key supporter of AB 101 California’s ethnic studies mandate, ACSA advocates for Ethnic Studies as a pedagogy of radical healing, to “eliminate racism, white supremacy culture and other forms of oppression.” Rather than supporting an apolitical model of learning multiple ethnicities and cultures, ACES wants ethnic studies to embrace ideologically driven, “anti-racist, community responsive, abolitionist” practices. ACSA’s Equity and Inclusion Committee has published an incendiary column to call upon racially privileged individuals to “acknowledge your entitlements.”

Another teachers’ union that heavily engages in political lobbying is the California School Employees Association (CSEA), which has given over $33.14 million to political campaigns in California in the last 25 years. As America’s largest classified school employee union, CSEA sponsored six new bills for the 2022 legislative cycle, including one that imposes more restrictions on charter schools. None of the six proposals addresses educational quality or academic performance.

The entanglement between teachers’ unions and progressive partisans makes the far left’s political call for limiting big money in politics a hypocritical, gaslighting act. In fact, Democratic candidates in California often out raise their Republican and no-party-preference counterparts at disproportionately high ratios, thanks to financial contributions from organized lobbying interests. For instance, in this election cycle, for the Assembly race in California State Assembly District 76, Democratic incumbent Assemblyman Brian Maienschein has raised $1,291,809 so far, with the PAC of California School Employees Association Committee and AFSCME among his top 10 donors. Asm. Maienschein’s challengers, June Cutter and Kristie Bruce-Lance have raised $157,505 and $90,142, respectively.

The financial clout wielded by unions is a big reason why California state politics is dominated and crippled by an unhealthy imbalance. The public goods of necessary collective bargaining and best education practices, delivered traditionally by the teachers’ unions are quickly undone by their non-educational, anti-parent, and overtly ideological agendas. The symbiotic relationship between the Sacramento political establishment and the unionized education operates almost like cronyism. And it is time for informed citizens to start working to unpeg the duo. 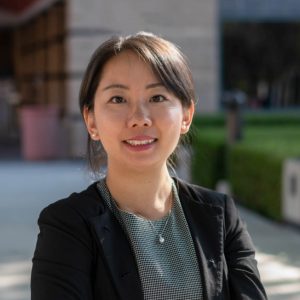 10 thoughts on “OPINION: Education Lawmaking in California is Overshadowed by Teachers Unions”