The idea being to instill fear – and guilt – in everyone. If you did something, your wife and children would pay for it.

Heinrich Himmler, the head of the notorious SS that was the main enforcement arm of national socialist policies, explained: “This man has committed treason; his blood is bad; there is traitor’s blood in him; that must be wiped out. And in the blood feud the entire clan was wiped out down to the last member. And so, too, will the enemies of national socialist Germany be wiped out down to the last member.”

The socialist governor of California, Gavin Newsom, is in favor of enacting a similar policy that involves a payout of $569 billion – one that goes even farther than punishing merely the relatives of people who affronted the government.

What about Asians and Hispanics in California? Are they white adjacent? Time for them to pay up too for zero reason whatsoever?

“We are looking at reparations on a scale that is the largest since Reconstruction,” says Jovan Scott Lewis, a professor of African Diaspora Studies at the University of California, Berkeley.

According to an article in the New York Post, the payment of these reparations will “shrink the wealth gap between white and black Californians.”

And which black people, exactly?

Does dummy Newsom not know that California fought on the side of the Union in the Civil War?

A great deal of genealogical divining would need to be done to establish a viable claim – under the usual rules of evidence; how to divine whether a white person living today had an ancestor who oppressed black people in the past?

Any person with white skin will do, even if that person’s white ancestors had nothing to do with slavery or any other form of oppressing the descendants of slaves.

Because socialist politicians such as Newsom view everything through a collective lens. It is beside the point whether an individual white person – living or dead – imposed harm on a specific black person, living or dead. The point, insofar as Newsom and other advocates of financial Sippenhaft see it, is that all whites are collectively guilty for the sins of all whites and by dint of those collective sins, owe a collective debt.

Thus California’s Reparations Task Force – which Newsom “tasked” with imposing a latter-day version of Sippenhaft upon all whites for what was done to some blacks, particularly as regards to “discriminatory housing practices” during the period 1933-1977.

According to the task force, black people living in California during that time were defrauded of about $5,000 annually in the form of lost equity in homes that were eminent-domained by the state to make way for roads or nicer homes – though it does not appear to have occurred to the task force that it wasn’t “white people” that did this so much as the government that did it.

Individual people – white or black – do not have the legal power to eminent domain anyone’s home. Only the government has the power to do that. Nor do they have the power to incarcerate anyone, another one of the sins putatively laid at the feet of yesterday’s white people – along with the “devaluation” of black health care and other such affronts.

Naturally, there will be no exemption from these taxes for black California taxpayers, whose tax money will be redistributed to other black people in direct cash payments or payments in kind (e.g., free tuition, housing grants and so on) as “reparations” for the collective sins of white people.

In other words, it’s no skin off Newsom’s nose.

Besides, how many of these black people voted for Newsom instead of African American Republican Larry Elder? When they feel the pain I suppose Gavin can say, you’re welcome.

Notwithstanding he’s white – and let’s not forget how much he oppressed Californians of all colors, by forcing them to close their businesses while he went about his business, and often without wearing the “mask” he made others – black and white – wear.

What about reparations for them?

What they are interested in is power – over everyone, black and white.

Newsom has established himself as excelling at that. 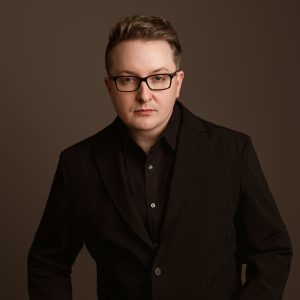 A.J. Rice
A.J. Rice, is President & CEO of Publius PR, Editor-in-Chief of The Publius National Post, and author of the #1 Amazon bestseller, The Woking Dead: How Society's Vogue Virus Destroys Our Culture./

Latest posts by A.J. Rice (see all)
Spread the news:

9 thoughts on “OPINION: Newsom and The Skin Color Marxists ”