Public education in California has reached a crisis point. While it is true that the Golden State has consistently trailed behind other states in standardized test scores, latest results for 2022 from the Nation’s Report Card show further declines in reading and math scores of students in fourth and eighth grades.

This grim picture of regression also holds true in what’s revealed by the state standardized test Smarter Balanced assessments of math and English language arts. The California Department of Education (CDE) released results on October 24th, documenting a 3.81% decline between 2019 and 2022 in students who met or exceeded standard in English and a 6.35% decline in math. In other words, only four in ten California students in grades 3 through 8 and in 11th grade can read at the grade level, while only three in ten can do math proficiently.

Woke Policies and Actors to Blame

Contrary to the propagandist notion that progressive education policies can produce better and fairer results, our next generation in America’s most progressive and diverse state are worse off academically, compared with three years ago and compared with their peers elsewhere. So, what happened?

During the last three years, California schools have embarked on a pilgrimage to lead the nation in embracing far-left ideological dogmas. In 2021, it became the first state in America to mandate ethnic studies for high school graduation. The finalized state curriculum still contains key elements of critical pedagogy that emphasize racialized identities, collective struggles and victimhood, while a more radical version called Liberated Ethnic Studies is making inroads in many local school districts.

The California State Board of Education has been considering a revolutionary mathematics framework for its public K-12 schools. Instead of focusing on improving proficiency, the new framework touts anti-racism, and decentering whiteness as worthy goals on one hand, and proposes eliminating gifted programs and advanced tracking in the name of equity.

In addition to championing woke curricular changes, California schools have also chased the political fashion trend of diversity, equity and inclusion (DEI). A plethora of school boards voted to approve “Board Policy 0415- Equity,” pledging to dismantle “a history of exclusion, discrimination, and segregation.”

My group, Californians for Equal Rights Foundation (CFER), undertook a pioneering research project that examined the prevalence of thought indoctrination in 44 California school districts.  Our empirical study, looking into board policies, school district developments, and board meeting minutes, found that 24 of these districts, including 10 elementary school districts, have official DEI policies and 30 expended public education funds on paid DEI training such as professional development sessions and curricular development.

Indeed, radical ideologues and education bureaucrats, who are driven by political agendas, money and a desire to protect the status quo, should take much of the blame for the abysmal state of public education in California. But at the institutional level, teachers’ unions are the biggest culprit. Not only have they poured massive funds to support partisan candidates at the national and state levels, unions are now putting a thumb on the scale in local school board races.

My group’s latest research pilot discovered that over $600,000 have been injected into a handful of school board campaigns in San Diego as of October 27, 2022. Traditionally, school board candidates spent $5,000 or less in their campaigns. But in San Diego Unified School District, the San Diego Education Association PAC has put in over $150,000 to help two of its hand-picked candidates and a stunning $91,000 to oppose a pro-education candidate.

Proponents of woke education pride themselves as the arbiters of love, tolerance and truth. But the reality shows a stark contrast. Deteriorating educational results hurt vulnerable students the most. According to both the Nation’s Report Card and CDE’s Smarter Balanced results, learning gaps affecting low-income students, English learners and “students of color” have deepened. According to Ibram X. Kendi, “If discrimination is creating equity, then it is antiracist. If discrimination is creating inequity, then it is racist.” By this standard, policies contributing to the increasing academic achievement gap must be the opposite of “anti-racism” and a sign of discrimination.

Something is clearly wrong in our public education system. The state spends nearly $25,000 per student in K-12, yet we are ranked #40 nationally. Politicized, agenda-driven education has victimized countless California students and teachers’ unions overshadow the education policy making processes from Sacramento all the way down to local communities.

Nothing changes if nothing changes. Hopefully, California parents and voters want some changes bad enough to revolt against the woke establishment at the ballot box in this upcoming election. 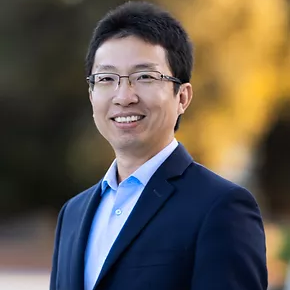 Latest posts by Frank Xu (see all)
Spread the news: