Last summer, the Supreme Court ruled in favor of Montana parents who choose  to send their children to religious schools in Espinoza v. Montana Department of Revenue. In that case, the Montana Tax Credits for Contributions to Student Scholarship Organizations program, enacted in 2015, allowed individuals and corporations to claim a 100 percent tax credit for contributions to approved student scholarship organizations (SSOs). This tax-credit program allowed Montana to provide scholarships for assistance with private school tuition and tutoring. The Montana Supreme Court struck down the program, citing the “no-aid” provision of the State Constitution that prohibits aid to a school controlled by a “church, sect, or domination.” Parents sued and the case ultimately made its way to the U.S. Supreme Court.

According to Ed Source, the Court held that the “application of the no-aid provision discriminated against reli­gious schools and the families whose children attend or hope to attend them in violation of the Free Exercise Clause of the Federal Constitu­tion.” The Court added that the provision penalizes families by cutting them off from “otherwise available benefits if they choose a religious private school rather than a secular one, and for no other reason.”

In an editorial last week, the Wall Street Journal called Espinoza a “landmark school-choice case,” noting that “Montana’s scholarship program was saved by a 5 to 4 decision by Chief Justice Roberts writing for the majority that, “A State need not subsidize private education. But once a State decides to do so, it cannot disqualify some private schools solely because they are religious.”

This victory was a huge win for parents across the country. Now, another case, Carson v. Makin, which was heard by the Supreme Court December 7th, could expand on the Court’s decision in Espinoza.

Maine “has one of the country’s oldest educational choice systems, a tuition program for students who live in areas that don’t run schools of their own,” explains the Wall Street Journal. The program allows families to use public funds toward enrollment in the school of their choice, but the religious schools chosen by the parents in the case were  excluded.

Maine’s Department of Education argues that the funds could be used for a religious school so long as the curricula is not “designed to proselytize and inculcate children with a particular faith.”

In other words, parents could use the scholarship funds to send their children to a religious school, but only if nothing religious is taught. One can hardly imagine that the Court won’t dismiss Maine’s strange argument as a violation of the First Amendment.

Each of these important cases brings school choice and the First Amendment to the forefront of the education debate that’s taking place across the country.

They could also impact the school choice efforts gaining traction in California.

It should be no surprise that there are two school choice initiatives underway in California, each hoping to collect 1.5 million signatures so they can be on the November 2022 ballot. For over a year-and-a-half, the California Teachers Union (CTA) has supported school closures.

Their Zoom-school model failed students and families.  As a result of these draconian measures, there was severe learning loss and mental health setbacks for students throughout the state , that, to this day, the teachers unions refuse to acknowledge .

Teachers unions continue to  push for masks, extreme quarantine measures and vaccine mandates that do not allow for parents input or choice.

School choice advocates in California and across the country have been galvanized by the Montana decision and are looking for an equally decisive win for the First Amendment and school choice in the Maine case. 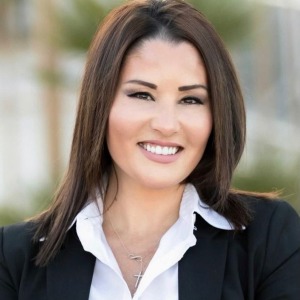 Celeste Fiehler
Celeste Fiehler is a mother of five children, including three currently enrolled in public schools in the Coachella Valley in Southern California.
Fiehler organizes rallies throughout California. She trains parents to help push back against the California Teachers Union.

Latest posts by Celeste Fiehler (see all)
Spread the news: