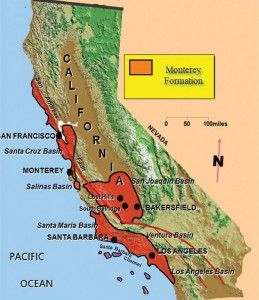 Leftwing groups claiming to act to protect the environment (radical environmentalists) are mounting a fierce attack against the one piece of critical infrastructure most necessary to continue our energy boom of recent years: pipelines. By far the safest means of transport for the immense amounts of natural gas and oil developed from hydraulic fracturing or “fracking” boom, without pipelines, these products must be carried by rail or truck, greatly increasing the risks of spillage.

When I served in Congress my district covered northeastern California. I remember a terrible rail accident, which occurred on July 14, 1991 where a Southern Pacific train tanker car derailed in northern California, The resulting accident spilled 19,000 gallons of a toxic pesticide (metam sodium) into the pristine waters of the upper Sacramento River near the town of Dunsmuir. The metam sodium mixed thoroughly with the river water having a catastrophic effect on the river and surrounding ecosystem.

Within a week, all fish (approximately 1.1 million in total) and all other aquatic life in a 45-mile stretch of the Sacramento River were killed. In addition, there were many documented cases of residents living along the river becoming ill with symptoms, which included headaches, shortness of breath, and vomiting. This spill was considered the worst inland ecological disaster ever to have occurred in California history. While this particular spill did not involve petroleum products, it illustrates how serious transportation accidents which involve toxic substances can be, and emphasizes why the safest mode of transportation of such substances should be utilized whenever possible.

Pipelines are one of the safest and most environmentally friendly means of energy transportation.  A report from the Fraser Institute found that pipelines are 4.5 times safer than rail for transporting oil. Additional data from the Transportation Safety Board finds that from 2003-2013 seventy-three percent (73%) of pipeline occurrences resulted in spills of less than 1 cubic meter, and sixteen percent (16%) of occurrences result in no spill whatsoever. 99 percent (99%) of pipeline occurrences didn’t damage the environment whatsoever. Pipelines also create less greenhouse gas emissions than rail—anywhere from sixty-one – seventy-seven percent (61%-77%) less—when transporting large capacities of crude oil over long distances.

Despite the environmental and economic benefits of pipeline projects, radical environmentalist groups continue to aggressively lobby against them. These efforts hinder our nation’s progress by diminishing job growth and kill economic opportunities for small businesses.

Two recent pipeline projects that have fallen under attack by these radical environmentalist groups illustrate the counterproductive nature of these efforts and the economic benefits of constructing additional energy transfer capacity.

The Mariner East 2 pipeline project consists of two pipelines approximately 350 miles in length, with origins in Ohio, West Virginia and Pennsylvania. According to Econsult Solutions the Mariner East pipelines in Pennsylvania could have a financial impact of over $9 billion in the state.

Mariner East 2 has gone “above and beyond” with extra attention to environmental safety. This project will utilize the most advanced safety technology and monitoring systems and will work with all regulatory agencies to fully comply with laws and regulations to protect sensitive areas. 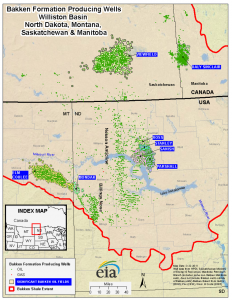 The Dakota Access Pipeline is a 1,172-mile-long underground oil pipeline that begins in the shale oil fields of the Bakken formation in northwest North Dakota and continues through South Dakota and Iowa to an oil terminal near Patoka, Illinois. According to The Wall Street Journal the Dakota Access Pipeline grew oil production in North Dakota by 78,000 barrels a day, while the state’s unemployment rate fell to just 2.3% in November 2017.

The Dakota Access Pipeline is protecting North Dakota’s communities and environment. To date, the pipeline has safely transported more than 100 million barrels of crude oil. The pipeline was built using the most advanced construction techniques to ensure its long-term integrity to withstand severe weather or natural disaster events. In many cases the developers exceeded regulatory standards, such as installing pipe that is 50 percent thicker than what is required by law.

America’s fracking boom and the pipeline projects that accompany them can provide significant environmental, energy and economic benefits to the people of the United States, if only extreme environmentalist groups would stand down on their crusade to diminish America’s energy capacity and prosperity. However, these groups will not desist, so their efforts must be repulsed.

Our leading businesses, financial institutions and elected officials would do well to push back against the pressure campaigns of these well-funded special interest radical environmental groups and continue on the path to promoting American energy independence and economic growth.

John Doolittle
John T. Doolittle is a former member of Congress (CA-4) and served as the Vice Chairman of the House Committee on Appropriations Subcommittee on Energy and Water

Latest posts by John Doolittle (see all)
Spread the news: