Earlier this week, businessman and 2018 Republican gubernatorial candidate John Cox announced that he will be forming an exploratory committee to run for California Governor on the Republican ticket in 2022.

A possible second run for Cox 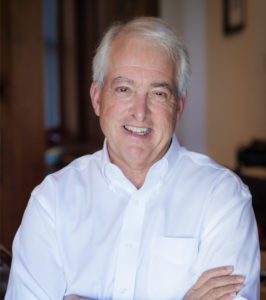 Cox said that rises in unemployment and homelessness, as well as the states response to COVID-19, the declination of small businesses, wildfire issues, education issues, and misspent tax money were all reasons that drew him back for another possible run for Governor.

“I love California, I love living here, it’s the best state in the country as far as I’m concerned,” said Cox in a local Fox affiliate interview. “But this state is in crisis. We’ve got 15% unemployment, small businesses are literally getting crushed, we can’t send our kids to school, and the response out of Sacramento has been inconsistent. I think it has had an effect on our economy.”

“The incredible housing cost that we’re incurring in our state, the homelessness crisis, these things have gotten worse, not better. Now we’re having fires that have fouled the air and threatened people all over the place, we’re spending, still, tons of money on a bullet train instead of spending it on more and better aircraft and firefighters. On top of that, we have electricity that’s not available on a regular basis.”

In 2018, Cox ran against then-Lieutenant Governor Gavin Newsom on many of the same points, losing 7,721,410 votes, or 61.9% of the vote, to 4,742,825 votes, or 38.1% of the vote. While Cox had been within a few percentage points of Newsom in the polls around the beginning of September 2018, a large Democratic turnout, as well as Cox being unable to sway many independent and moderate voters due to some hardline stances swayed the state in Newsom’s favor.

However, two years later, California has become a different state. California, in a deficit again because of COVID-19, has struggled throughout 2020. Some issues, such as homelessness, have only grown since Newsom was sworn into office, while other promised policy changes have not been met.

“People are leaving,” explained Cox. “We’re leading the nation in U-Haul rentals when we should be leading it economically.”

“A lot of people in this state are not happy with the quality of life. We love the weather, we love the natural beauty of this state, but they’re not happy with the housing costs, with the cost of living in general, and now we have unemployment, and jobs, and public safety, which is an issue as well, so there’s a lot of things that are going on here that I think people want to see fixed, they want to see better management, and I’ve had 40 years of experience doing that, building a successful business, and I think I can apply those tools to making California better for a lot of people.”

With a growing discontent, many Republicans believe that 2020 will show that a tide will turn in California, possibly making the 2022 election closer than anyone originally had thought.

“COVID-19 and California falling back economically will not improve things for Democrats,” said political opinion analytics director Frank Barker to the Globe. “Orange County races are heating up, and we’ve been seeing that the GOP is likely to take back the county through many local and state elections. Same goes for San Bernardino County races, Riverside, San Diego, and many Northern Counties.”

“If the Republicans can hold or gain seats in those areas, while keeping their base, while at the same time as the presidential election, it will be a big beachhead for the Governor’s race.”

“This will be an uphill battle in any case, but there is a lot going for Republicans. Newsom’s approval polls have plummeted since the resurgence of COVID-19 (70% to 58% as of last month), and California is getting some bad news next year as they are likely to lose at least one house seat. Add in a worsening homeless crisis and you have a decent chance of winning.”

“A lot of things need to work in the right way, but a GOP victory looks a little more brighter now that compared to a year or only 6 months months ago.”

Other Republicans mulling over run

Many other prominent Republicans are also currently mulling over their options like Cox. San Diego Mayor Kevin Faulconer has been making political moves that many have read as a likely run in 2022, such as creating new homeless initiatives to begin that year and going after Newsom on his homelessness record. Former Congressman Doug Ose (R-CA) has also been mentioned as a possible candidate. Some smaller candidates, such as Businesswoman Laura Smith, have even filed early as candidates in 2022.

“With Cox looking to come back, this time with name recognition, and other prominent Republicans looking in, this could be the GOP’s first major chance to take back the Governorship since Arnold Schwarzenegger,” added Barker. “Let’s see what happens.”