The purpose of this article is to examine the constitutional provisions related to California’s Governor and some of the published appellate court decisions that provide insights into how these provisions are interpreted by the courts.

Article V focuses on the executive branch of state government and our focus is on the chief executive of the state – the Governor. These constitutional provisions set forth the role and the authority of the Governor and there are a number of appellate court decisions that provide guidance in the interpretation of these specific provisions

The executive power of the state is vested in the Governor and he or she must see that the law is faithfully executed.

Both the Governor and Lt. Governor, in order to hold office, must have been a U.S. citizen and resident of California for the 5 years preceding their election and are limited to 2 terms.

If there is a vacancy in any constitutional office, the Governor must nominate a person to fill that vacancy. The nominee can only take office upon being confirmed by majority vote of the Senate and Assembly. If the nominee is neither confirmed nor refused confirmation by both houses within 90 days, then he or she takes office as if there had been a confirmation vote.

The Governor has the authority to assign and reorganize executive officers, agencies and their employees. This authority is set forth in statute and they are called GRPs – Governor’s Reorganization Plans. They take effect unless the Legislature rejects the GRP. However, this authority does not extend to the Legislature or the other constitutional officers (i.e., the Governor cannot reorganize their offices and employees).

The Governor is the state militia’s commander in chief and he or she has the authority to use the militia to execute the laws. 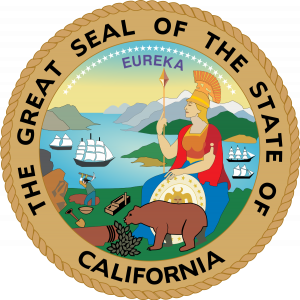 The Governor has the authority to grant reprieves, pardons and commutations after an individual’s sentence. But this power does not extend to a case of impeachment. If this power is used, the Governor has to report it to the Legislature in each instance and the report must contain the pertinent facts and reasons that he or she used to grant the reprieve, pardon or commutation. In the case of an individual who has two or more felony convictions, the Governor can only grant a pardon or commutation if a majority of the state Supreme Court agrees with his or her decision. You might have read of several instances in late 2018, for example, where the Governor petitioned the Supreme Court to review several pardon requests. And, for the first time, several were rejected.

The Lt. Governor is the President of the Senate, but he or she only has the power to cast a vote when there is a tie of 20-20 in the 40-member Senate. This is why the Senate President pro tempore is in charge of the day-to-day operations of the State Senate.

There have been numerous state court decisions over the past one hundred years interpreting key provisions of Article V. The following cases highlight some of the key decisions interpreting these constitutional provisions.

While engaged in considering bills which have passed both houses of the Legislature and are before him for approval or disapproval, the Governor acts in a legislative and not an executive capacity. The powers of the Governor, as a part of the legislative department, are specifically enumerated in the Constitution.

Under the California Constitution, it is the Legislature, rather than the Governor, that generally possesses the ultimate authority to establish or revise the terms and conditions of state employment through legislative enactments, and any authority that the Governor or an executive branch entity, such as the Department of Personnel Administration, is entitled to exercise in this area emanates from the Legislature’s delegation of a portion of its legislative authority to such executive officials or entities through statutory enactments.

In contrast to the federal constitution, there is nothing in the California Constitution, including separation of powers provisions, that grants the Governor or any other executive official the exclusive or paramount authority to appoint all executive officials or that prohibits the Legislature from exercising such authority. Unlike the federal constitution, the California Constitution embodies a structure of divided executive power, providing for the statewide election of not only the Governor and the Lt. Governor, but also the Attorney General, State Treasurer, Secretary of State, Controller, and Superintendent of Public Instruction.

The constitutional provision authorizing the Governor to nominate persons to fill vacant state offices, and authorizing a nominee to take office in the event that “both” houses of the legislature “neither confirmed nor refused confirmation” within 90 days was merely a prohibition against “pocket vetoes” and the constitution did not mandate that the nominee take office when the two houses reached inconsistent decisions within the 90-day period.

The state constitution’s general prohibition on all casino-type gambling statewide prevents the governor from having inherent executive authority to concur in the two-part determination of the Secretary of the Interior to take land into trust for purposes of gaming under the federal Indian Gaming Regulatory Act.

The Governor’s concurrence with the Secretary of the Interior’s determination under the Indian Gaming Regulatory Act that land acquired after 1988 is suitable for Indian gaming is not a legislative act and thus does not violate the separation of powers doctrine because California’s participation in IGRA is authorized by the state constitution and a state statute.

Latest posts by Chris Micheli (see all)
Spread the news:

2 thoughts on “The Governor and California’s Constitution Article V”