To be fair, most of these issues aren’t black and white. But what’s notable is a complete lack of legislation that might reflect some kind of ideological balance. Where were the laws to rebuild our highways, fast-track the construction of the Sites Reservoir, open land for housing development, license new nuclear power plants, or permit drilling for natural gas? As Tony Soprano would say, “fuggedaboutit!”

There’s one law pending in this year’s legislative session, however, that could do a world of good. It’s probably the best new proposed law that nobody’s ever heard of. It’s utterly bipartisan, and wouldn’t cost much at all to implement.

That law is SB 598, the Open Financial Statements Act, sponsored by Senator John Moorlach (R-Costa Mesa). It’s fitting that Senator Moorlach is the author of this bill, because he is the only certified public accountant serving in a state legislature, which is quite likely the most financially illiterate group of state legislators in America.

This isn’t idle speculation. A recent analysis by the California Policy Center analyzed the 2019-2020 class of senators and assemblymen in California’s state legislature, examining each legislator’s background. It found that 75 percent of the Democratic legislators had no experience in private business. Since the Democrats control more than 75 percent of the seats in California’s legislature, that means that as a collective body, these legislators do not really understand what it takes to run a business – or read a financial statement.

This economic idiocy is evident in the laws California’s legislature has passed, or is contemplating. Apart from their ideological uniformity, some of them have epic financial repercussions. They approved retroactive pension benefit increases during a stock market bubble, unaware of the slow motion catastrophe they unleashed as markets returned to reality. They approved high-speed rail, blithe to the project’s failure to pass even the most rudimentary cost/benefit analysis. They’ve got their eyes on universal health care and free pre-school, apparently unaware of the stupefying cost. Examples of Democratic innumeracy are endless.

When the legislators don’t have the training to understand the economic and financial impact of the laws they pass, somebody else has to do it for them. In-house, that is legislative staff and the massive state bureaucracy, and on the outside, journalists, watchdogs, activists, credit agencies, bond underwriters, and investors. But unfortunately, the information they get to work with is trapped in obsolete 20th century formats. 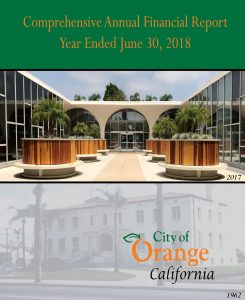 This is where SB 598 ascends from accounting geekville and represents a real opportunity for reform-minded, financially responsible Californians to take back their state. Today, while financial statements for California’s state and local agencies are available online, they exist only in PDF format. These reports are printed on paper, and the “electronic copies” that are saved and uploaded are little more than image files. SB 598 will take these online reports into the 21st century, and would require the State Controller to post all public agency audit reports on their website.

When an online financial statement is just an image file, it is opaque. That is, if you want to take the numbers reported on that image and do any sort of analysis, you have to manually enter all the numbers over again onto a spreadsheet. As it is, every year, California’s various government agencies upload annual financial statements in PDF format for review by, for example, credit agencies. Meanwhile, similar data is required by the state controller, but these reports are hand entered into an online system. Local governments have trouble keeping their respective PDF and controller reports in sync, giving rise to data errors. SB 598 solves this problem.

What SB 598 will require is for all of California’s state and local government agencies to use XBRL, or “Extensible Business Reporting Language.” This proven technology is similar to HTML, and like HTML, is used to create web pages. But XBRL web pages are formatted so that entire tables of numbers can be copied and pasted in Excel spreadsheets. They are also “machine readable,” which means that data mining programs can automatically extract all of the numerical information on them, pouring it into a database, or onto a spreadsheet.

In the private sector, the Securities and Exchange Commission already requires publicly traded corporations to use XBRL on their posted quarterly and annual financial statements. Among government entities, XBRL has already been adopted by the State of Florida, and is being adopted in Utah. Insofar as California is the birthplace of high technology, and remains its epicenter, it should be a bipartisan slam-dunk for California’s legislators to adopt XBRL here.

The benefits of having XBRL are many, and deserve explanation, because it’s easy to acknowledge and promptly forget about something that, while transformative, flies way under the radar. The challenge of properly analyzing and exposing many of California’s most serious fiscal challenges, using today’s reports, is nearly insurmountable. Examples abound.

California has 83 independent pension systems, nearly all of them woefully underfunded and nearly all of them planning to roughly double the amount they’re requiring their client employers to pay them. How will this affect California’s cities, counties, special districts and state agencies? What is the collective impact of these payment increases on California’s taxpayers? With XBRL, an analyst can unleash an automated program that will download the financial statements of all 83 pension systems, producing a consolidated report showing the exact financial condition of those systems if they were a single entity. With this information, it would be a simple matter to assess and report, among other things, the total unfunded liability, and the total required payments.

There are very immediate financial challenges facing Californians that would be far easier to understand and cope with if XBRL were implemented. Two timely examples are the Los Angeles Unified School District, and one of its counterparts up north, the Oakland Unified School District. In both cases, these school districts are in deep financial trouble. Despite these difficulties, their unions have successfully negotiated increases in pay and headcount. LAUSD confronts $14 billion in debt for retirement healthcare, and $7 billion in debt for unfunded pensions. Their net position on their balance sheet is a negative $7 billion. If it were easier to collect these financial facts, more people would look them up, and maybe LAUSD would be cutting non-teaching positions and selling off underutilized school properties, instead of handing out raises and hiring new staff.

Finance is the analytical glue that makes it possible to understand the viability of public policies. It is the indispensable language that describes why a public endeavor succeeds or fails. By adopting XBRL, California’s state and local governments will make it possible for more people, including people who need to know, able to speak this language. As Senator Moorlach has said with respect to SB 589, “if you can’t measure it, you can’t manage it.”