What’s the worst performing stock in the Dow Jones Industrial Average so far this year? Disney.The Mickey Mouse company, headquartered in Burbank, has lost about 35% of its value this year versus a nearly 15% loss for the broader index. As a result, tens of millions of Americans who hold Disney stock either directly or indirectly as part of passive index funds have seen their finances take a hit at the worst possible time as inflation spirals out of control.Disney’s poor financial performance is a product of its own making. In recent months, the company has aggressively waded into controversial cultural issues such as gender identity, making it clear it is putting politics over its shareholders and customers. Disney is a prime example of the threat posed to shareholders and the broader economy of “woke” capitalism. Its story should serve as a cautionary tale for other companies looking to follow in its footsteps.Disney has all but admitted it’s leveraging its prized position as a top children’s content creator to push a divisive cultural agenda. In March, Disney’s president of content told employees the company plans to have at least 50% of its regular characters come from “underrepresented groups.” Another top producer boasted about Disney’s “not-at-all-secret gay agenda,” including “adding queerness” to children’s programming. Yet another senior executive promised that Disney would implement a “tracker” to ensure programs contain enough “canonical trans characters.”We’re getting a look at what this woke agenda looks like in practice. An upcoming episode of Disney’s new children’s show “Baymax!” features a transgender man buying menstrual pads. “I always get the ones with wings,” says the “man” wearing a shirt with the transgender flag. Disney is also abolishing the words “boys” and “girls” at its theme parks.

LGBTQ people deserve acceptance by society, including in pop culture. But, children should not have any agenda forced down their throats, especially not when they are too young to understand and be able to evaluate the information Mickey Mouse and his friends are serving them.
As a board-certified psychiatrist, I have seen first-hand the psychological toll on children of being bombarded — in classrooms, movie theaters, and amusement parks — by messages telling them they should be some other sex. To the extent that gender identity is discussed with children, it should occur from parents and doctors, not woke media companies, teachers, or other third parties that generally only present one side of the issue.In other words, Disney should save its transgender agenda for its adult entertainment and let kids enjoy age-appropriate content.This spring, Florida’s state government pursued a reasonable compromise on this issue by passing a law forbidding teachers from discussing sexual orientation and gender identity with young children in kindergarten through third grade. The law follows a fundamental principle shared by psychiatrists and ordinary Americans: Let kids be kids.A new national survey from the Democratic polling firm Hart Research finds an overwhelming majority of parents support this position. By a 27-point margin, parents support Florida-style protections.Yet rather than supporting the democratic will of voters and their elected officials, Disney strongly opposed the Florida law. Its CEO Bob Chapek called it a “challenge to basic human rights” and donated $5 million to a transgender activist group. This goofy position generated customer boycotts. Some Americans dumped their Disney+ subscriptions in protest. Grassroots campaigns such as Job Creators Network’s “No Mouse in My House” sprang up. The Florida government revoked Disney’s special governing status that had saved the company tens of millions of dollars a year. The end result of these hits to Disney’s reputation and revenues is a cratering stock price.Disney’s story demonstrates how woke political positions have real consequences for shareholders and customers. Fortunately, other major companies seem to have taken note. As Manhattan Institute Scholar Christopher Rufo has highlighted, companies want to ensure they “avoid becoming the next Walt Disney Co.” Netflix recently fired its woke employees. Shareholders and customers have the power to amplify this backlash against corporate politicking by making it clear there will be consequences for companies that engage in it. We must make our voices heard now before this woke pandemic becomes an endemic part of American capitalism. 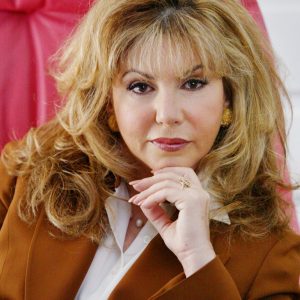 Latest posts by Carole Lieberman (see all)
Spread the news:

14 thoughts on “Disney Pays the Price for Woke Activism”