It was 105 degrees in Sacramento Sunday. Today it could be 111 degrees. This is what is known as hot summer weather in California. We native Californians also know this is normal.

As a kid, I remember such hot Sacramento summer days, I couldn’t walk barefoot on the sidewalks.

But no one cautioned us to “be safe.” In fact, back when I was a kid, parents told us to put shoes on and to stop being stupid. 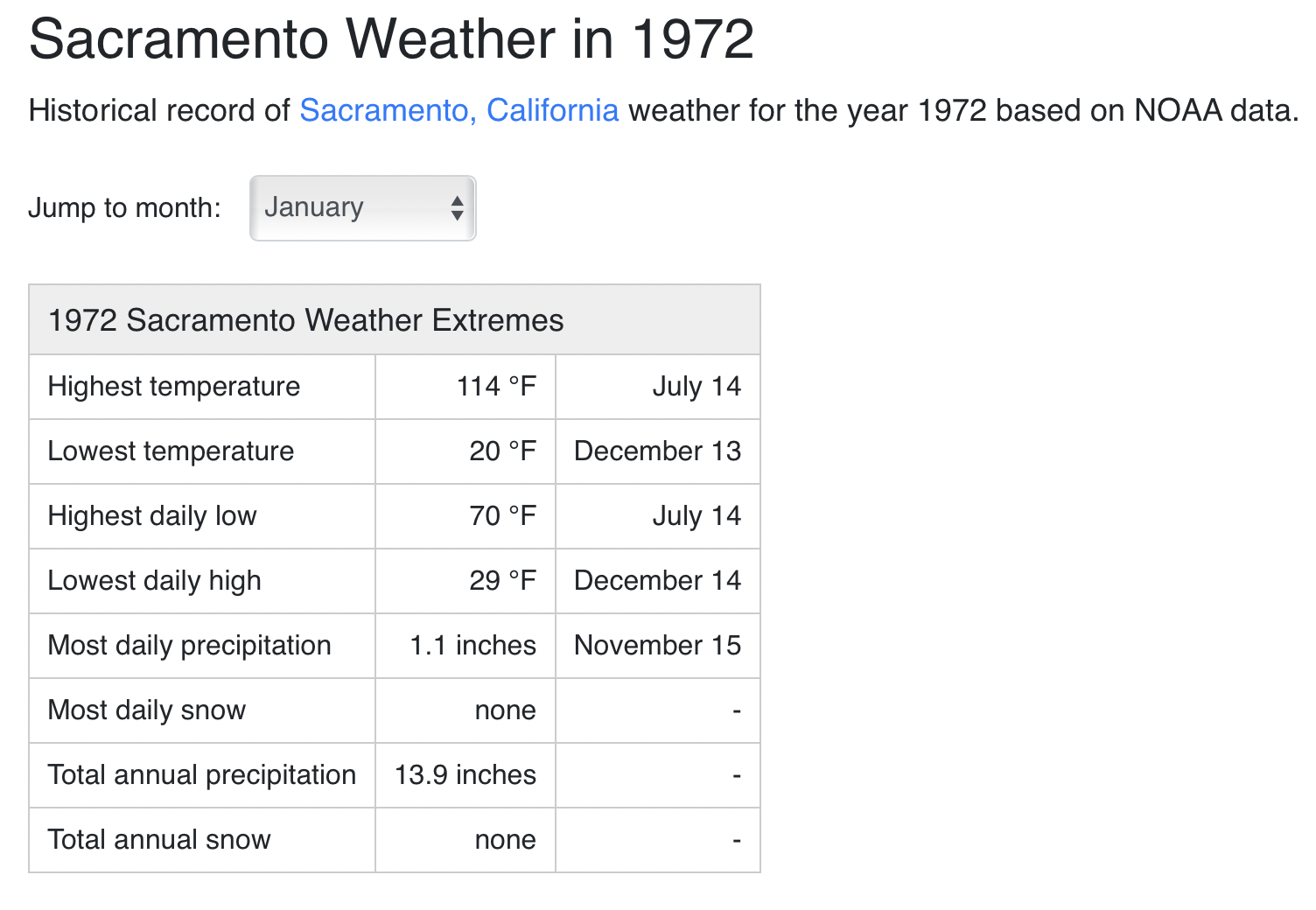 Radio and television weather reporters are now medical professionals telling us how to be safe under these “extreme” heat conditions:

Even my dogs are smart enough to stay out of the sun.

The Sacramento Bee has an article today hyping the heat and fear mongering:

How can Sacramento heat turn fatal? What to know with temps headed to 110 degrees

The Bee claims this weather is a “recording-breaking heat wave,” and has “forced many residents indoors this holiday weekend.”

I beg to differ. It’s not record-breaking, and I saw a street fair outdoors yesterday when temps reached 105 degrees.

KCRA has an “Excessive Heat Warning” on their news website, and offers these tips on how to “be safe:” 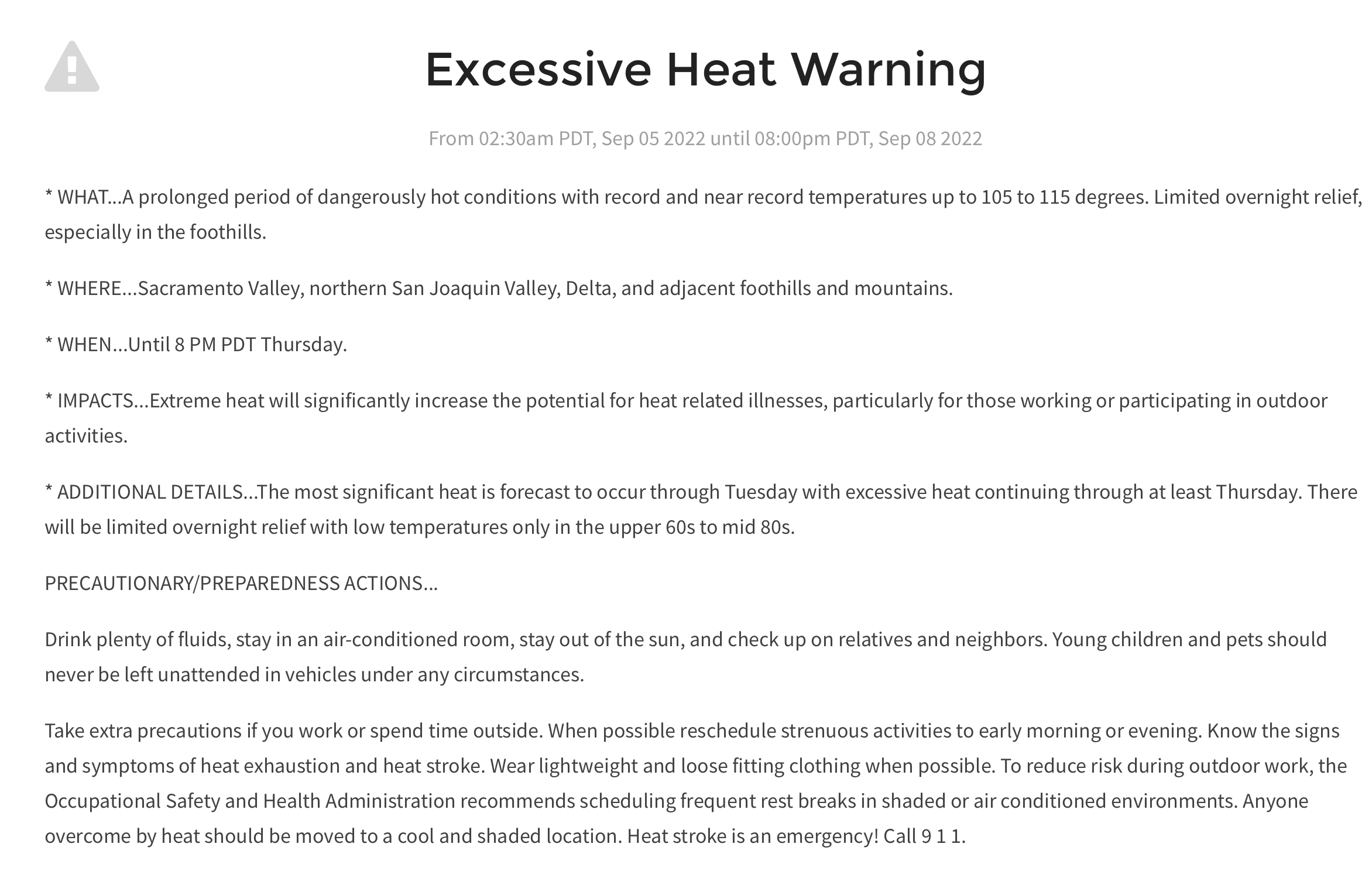 We are also ironically asked “to conserve power amid brutal heat wave.”

The U.S. National Weather Service in Sacramento also warned of “Dangerous Heat” and tells us  to “Practice heat safety!”

“This heat may be record breaking and will likely produce a very high heat illness risk,” the Los Angeles-area weather office wrote.

The torrid conditions will be caused by high pressure that was already pushing into the state and making it difficult for onshore flow of marine air.

“These trends are forecast to continue and will likely set up (a) prolonged and likely dangerous heat event,” the office said.

“My family wanted to get outside this morning before it got hot, but the parks were closed due to the forecasted heat wave. This is another soft lockdown. They are forcing us to stay inside, isolated and inactive, for our ‘safety.'”

My family wanted to get outside this morning before it got hot, but the parks were closed due to the forecasted heat wave. This is another soft lockdown. They are forcing us to stay inside, isolated and inactive, for our "safety." https://t.co/S32QGWoqaQ

This heat we are having across the West Coast is hot summer weather – really hot weather. Yes, it can be dangerous for some people outside, but we hope California’s energy providers can keep the power on.