With the California Governor paying all the costs of abortions, and the abortion clinics providing cover, what is to stop criminals from taking advantage of the “sanctuary” abortion state, and finding in it a safe place for their sex crimes?

It is apparently not enough to satisfy Governor Gavin Newsom’s insatiable desire for abortion that California currently leads the nation in the number of abortions performed annually. Not only that, but Medi-Cal will pay for abortions throughout all nine months of pregnancy, with no medical reason necessary.

Now the Governor seeks to make the once-Golden State a so-called “abortion sanctuary” — a ground zero of sorts for abortions in America should the US Supreme Court decide to overturn abortion precedent Roe v. Wade. In fact, a recent report issued by the Future of Abortion Council recommends not only that the cost of the procedure be covered, but also that funds be provided to pay for “gas, lodging, transportation, child care, doula support, food, lost wages, etc.” to ensure that cost is not a barrier to a woman seeking to obtain an abortion. With the State awash in cash, Newsom intends to put that money to good use, at least in his mind, and has extended his invitation to residents of other states. Predictably, the Council is comprised of over forty abortion providers and advocacy groups that can only stand to gain financially from the newly announced policy, should it become law.

But abortion providers are not the only ones who could benefit by the Governor’s abortion “sanctuary.” Sex-trafficked women often have abortions after they become pregnant  in the course of providing their services.  Several victims of Jeffrey Epstein have testified that this is what happened to them. Furthermore, abortion providers are often negligent about reporting cases of statutory rape when minors are brought to their facilities for abortions. With the Governor paying all the costs, and the abortion clinics providing cover, what is to stop criminals from taking advantage of the “sanctuary” and finding in it a safe place for their crimes? The Governor’s generosity would assuredly improve their bottom line, and no one would even know about it. This outcome would definitely not put the state’s surplus to good use. In fact, it would arguably make the State an accomplice to interstate sex trafficking in violation of federal law.

Has the governor considered that sex traffickers could possibly take advantage of his proposal? How does he plan on preventing California dollars from subsidizing sex trafficking and pedophilia? These are not idle questions, but they are ones that California’s law-making body needs to seriously consider and address before embarking upon such a sweeping policy, lest the state become an unwitting accomplice to crimes against women and girls. Instead of promising freedom to women, such a policy would only guarantee their further victimization.

In the wake of Ghislaine Maxwell’s conviction for her involvement in Jeffrey Epstein’s sex trafficking operation, Newsom simply cannot ignore this predictable result of the abortion sanctuary proposal. Far be it from California to participate in such nefarious activities. 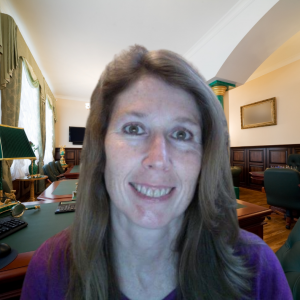 Sheila Green
Sheila Green is an attorney and real estate broker. She serves as Central Vice President and Counsel of Record for the California ProLife Council.

Latest posts by Sheila Green (see all)
Spread the news: