Last week, California Gov. Gavin Newsom announced he was convening “local leaders to discuss their plans to tackle the homelessness crisis and identify new strategies and opportunities to more ambitiously address street encampments across the state.”

What this means is he is preparing to shift the blame of the state’s increasing homeless to these “local leaders.”

Newsom announced the state will hold back providing the remaining third round of Homelessness Housing, Assistance and Prevention (HHAP) grants for “only reducing statewide unsheltered homelessness by 2% by 2024.”

Up to this point, Newsom’s, as well as nearly every big city Mayor in the states’ focus has solely been on housing for the homeless, which does not solve the core issues of drug-addicted, mentally-ill homeless vagrants, and why they ended up on the streets.

There is plenty of blame to go around, but rather than “passing the buck,” which means passing the responsibility on to someone else, it is Governor Newsom’s responsibility to lead, which he has failed to do. “The Buck Stops Here” was President Harry Truman’s way of saying “the decision has to be made” by him.

Newsom will be handing out more funding, not having learned that it is the absurdly excessive funding which attracts the homeless (and bureaucrats) like stray cats, because of how he and local leaders spend it – not on treatment, recovery and rehabilitation for the drug-addicted mentally-ill homeless transients, but on building homes and expanding local government with “programs.” These “programs” are unaccountable by design. They just spend money and bureaucrats claim they are doing something about the homelessness.

For the governor who claims he is not running against Joe Biden for President in 2024, Newsom sure appears to be trying to clean up his record and image.

This is what Newsom says about more “Homeless Housing, Assistance and Prevention” homeless funding:

The third round of HHAP grants provides a share of $1 billion to every county, Continuum of Care, and the 13 largest cities in the state, on the condition that each local government has a plan approved by the state that reduces the number of unsheltered homeless individuals and increases permanent housing. The state has so far provided over $1.5 billion of flexible emergency aid to address homelessness through the Homeless Emergency Aid Program and the first two rounds of HHAP funding.

Governor Newsom claims programs like Homekey and Project Roomkey are “groundbreaking national models” for “getting people off the streets faster than ever before and at a fraction of the usual cost.” That’s a lot of BS in one sentence. Project Roomkey, a hotel service for homeless, cost more than $250 per night in many California cities. Even Motel 6 in San Francisco advertises $100 per night rooms. Motel 6 in downtown Sacramento advertises a $59 per night rate.

What is this Homeless Housing, Assistance and Prevention? It is a $2 Billion ($2,000,000,000) spending program with not much to show for it – except more homeless in California:

HHAP Round 3 is a $1 billion grant

Here is the detail of the spending program: 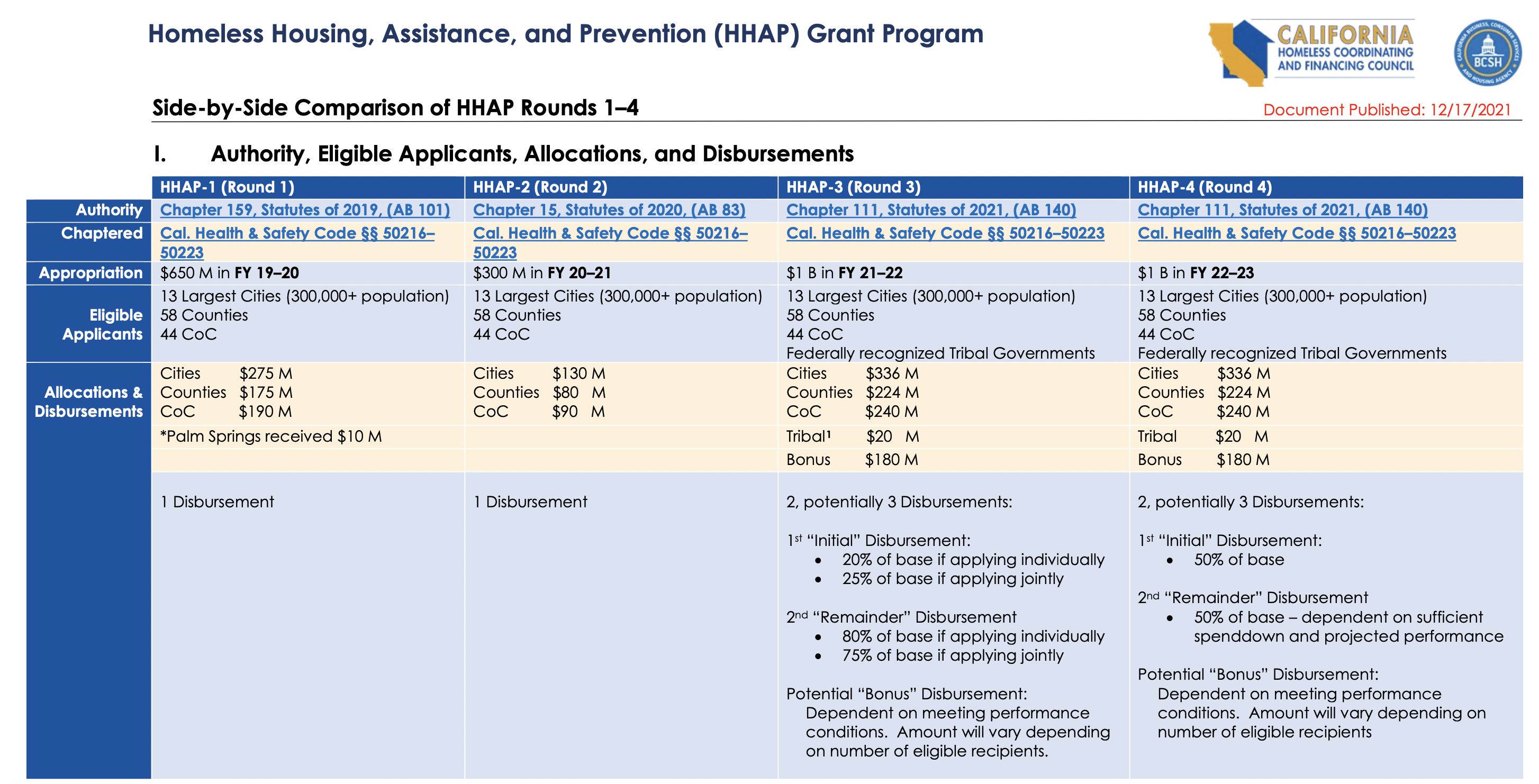 Fortunately, the HHAP provides HHAP-3 Talking Points for Government Officials, one of which exposes the entire scheme:

Do you see what the state (Newsom administration) did? They provide the funding and the guidelines for which all of it is to be spent.

Last April, the Globe reported, “The City of Sacramento is spending more than $44 million to provide eight homeless shelters and camping options, most not yet built or ready, and three Project Homekey motel conversions. According to city officials, “most of that comes from state and federal grants that are not certain year to year.”

In Sacramento, millions and millions of public dollars have been spent, only to have facilitated an increase in the homeless population living on the streets, in parks and along Sacramento’s two major rivers.

One of the eight proposed and existing homeless sites we reported on in April was the “Miller Park Safe Ground,” and Sacramento Marina on the Sacramento River.

This is what the Miller Park and Marina used to look like:

The City of Sacramento reports the 40.44 acre Miller Park includes the following amenities:

This is Miller Park and Marina today: 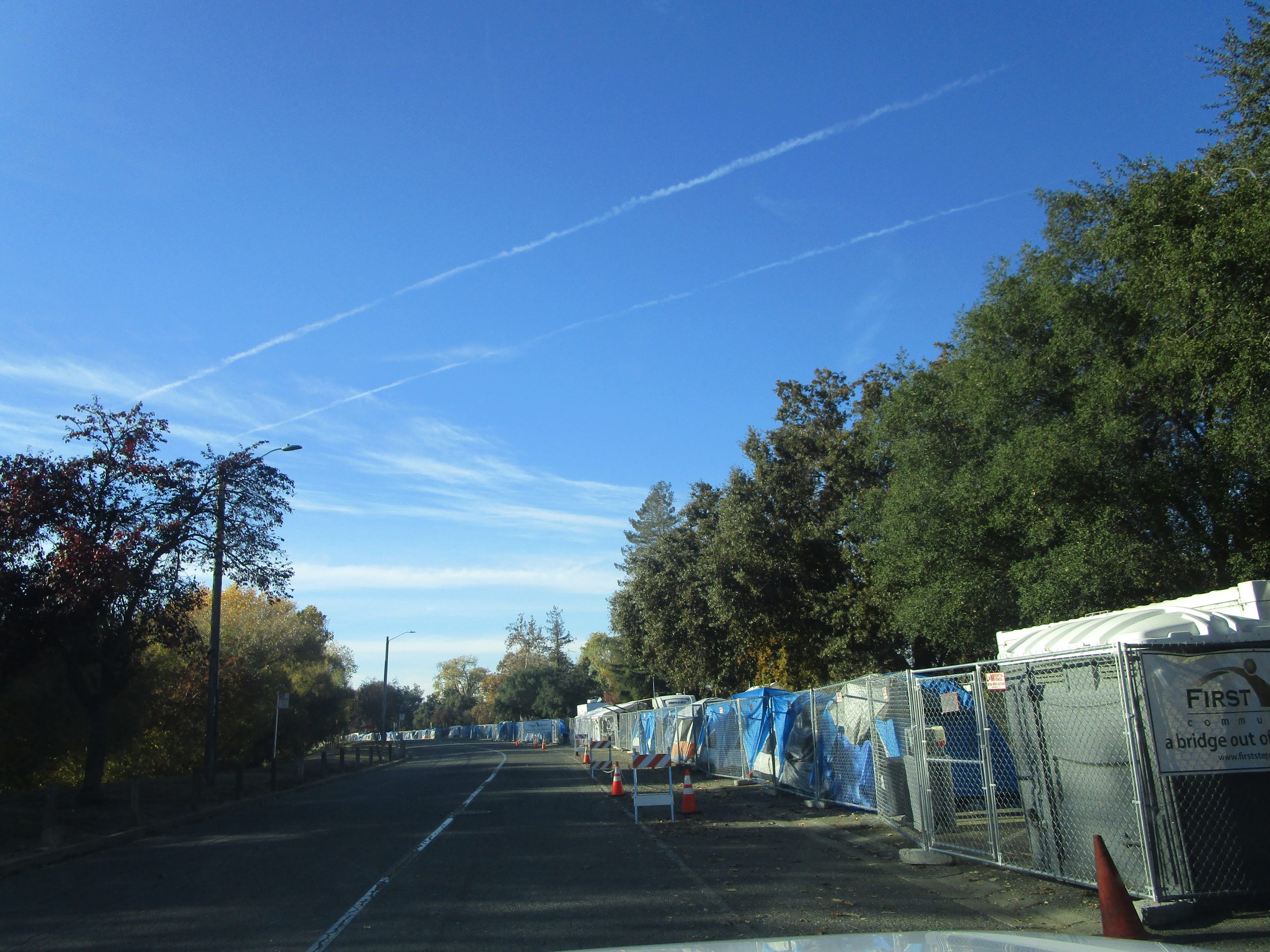 The Sacramento City Council gave over a publicly owned and publicly funded city park and marina to hundreds of homeless without a vote of the people.

How is that “Safe Ground” homeless park doing? Judging by the photos above and below, it is thriving and growing – for the homeless vagrants who now live there.

The Miller Park homeless site was initiated as a City of Sacramento Sponsored, temporary site for two homeless Camps, Sacramento resident Art Taylor, who shared the photos, told the Globe. “Now-there is an additional Homeless Camp-Gully Camp and Homeless Camping surrounding Miller Park. The Gully Camp also is adjacent to a Tunnel, under Interstate-5.  It is marred with graffiti and is under I-5, to THE MILL, which is fenced off.”

If Gov. Newsom plans on holding Sacramento Mayor Darrell Steinberg, the Sacramento City Council and Sacramento County Board of Supervisors accountable for this kind of failed homeless program, we are supportive. But he must first apply “The Buck Stops Here” formula on himself if he aspires to higher office. The billions spent on homeless in California have been incentivized, directed by and authorized by Gov. Newsom. His “Groundbreaking programs” like Homekey and Project Roomkey have done very little to solve the homeless crisis, nor have they become “national models for getting people off the streets.” Quite the opposite.

California and Gov. Newsom have become the laughingstock of the country when it comes to building programs pretending to solve the homeless crisis. And Sacramento’s elected “leaders” aren’t far behind. Any idiot can spend money, and some idiots just do it bigger.