In what appears to be a labor union power play, the United Teachers Los Angeles union announced Friday that Los Angeles Unified District schools effectively cannot reopen unless certain conditions are met: privately operated publicly funded charter schools are shut down, police are defunded, Medicare-for-All government-run health care is passed, a statewide wealth tax is implemented, housing for homeless is fully funded, “financial Support for Undocumented Students and Families,” and they want a federal bailout because “the CARES and HEROES Acts provided funding for K-12, both fell far short of what would be needed to rescue districts and state and local governments.” The source cited for this claim is the National Education Association, the largest labor union and special interest group in the United States.

Ironically, many private schools and charter schools didn’t miss a beat when Gov. Gavin Newsom ordered schools across the state to close down due to coronavirus. Within one week, most were already up and running with online learning programs, while public schools took as long as 6 weeks to even start to prepare online learning. And private and charter schools have been preparing to reopen for in-class teaching once again.

The UTLA just published a research paper, “The Same Storm, but Different Boats: The Safe and Equitable Conditions for Starting LAUSD in 2020-21,” explaining their demands, most of which have little to do with educating students. UTLA wants local authorities to “keep school campuses closed when the semester begins on Aug. 18.”

“UTLA educators are eager to get back to classrooms where they can care for, laugh with, and most importantly, teach our students,” the UTLA said in a press statement. “The eventual restarting of schools should be primarily about learning, not merely about the economy. Unlike other countries that recognize protecting lives is the key to protecting livelihoods, the United States has chosen to prioritize profits over people. The Trump administration’s attempt to force people to return to work on a large scale depends on restarting schools so parents have childcare.”

“Educators know better than most the critical role that schools play in children’s lives, supporting not just their educational lives but their social and physical development,” the UTLA says in the research paper. “But until a vaccine or cure is available, starting school without policies in place to mitigate viral spread and provide additional student supports will almost certainly compound the pandemic’s outsize trauma on those students and their families.”

The UTLA claims privately operated, publicly funded charter schools drain resources from all other district schools. But this misnomer has been proved false time and time again, as California Globe has reported.

“Unfortunately, instead of flattening the curve, politicians and the billionaires they serve have instead flattened school budgets and our capacity to safely restart schools,” the UTLA said in the research paper. “California’s public schools were severely underfunded even before the Great Recession and have only recently seen a return to non-inflation-adjusted pre-recession funding.” However, the source they cite for this claim of “underfunding” of public schools is a paper by the American Federation of Teachers, the second largest teacher’s labor union in America.

The UTLA also claims that “because of structural racism, minorities are at higher risk of contracting and dying from COVID-19 at twice the rate of white residents.”

In its research paper, the UTLA said, “This is a highly contagious, deadly disease and the role of children in the transmission of COVID-19 is currently unknown.” However, according to Lisa M. Krieger, the science writer at The San Jose Mercury News, “kids aren’t the germbags, and grownups are.” Krieger found “as school districts sweat over reopening plans, a growing body of research suggests young children are unlikely to transmit COVID-19 virus. They get it from us.”

“This is good news for teachers, whose classrooms can feel like big Petri dishes. It’s a relief for parents, weary of juggling work and childcare. Best of all, it’s good for kids, who aren’t learning or playing with friends,” Krieger said.

Science Magazine concurs: “Continued closures risk ‘scarring the life chances of a generation of young people,’ according to an open letter published last month and signed by more than 1500 members of the United Kingdom’s Royal College of Paediatrics and Child Health (RCPCH),” Science Mag reported. “Science looked at reopening strategies from South Africa to Finland to Israel, some encouraging patterns emerged. Together, they suggest a combination of keeping student groups small and requiring masks and some social distancing helps keep schools and communities safe, and that younger children rarely spread the virus to one another or bring it home.”

The UTLA’s “science” and sourcing for its research paper are largely other articles by Vox, The Washington Post, Texas Tribune, Los Angeles Times, CNN, CBS LA, and the Center for Disease Control, which has been criticized for being all over the place, often contradicting its own recommendations.

“The boundless greed of the for-profit health industry, combined with this country’s deeply ingrained racism, has led to race-based health disparities that have resulted in excess deaths especially among Black communities long before the pandemic further widened the health gap,” the UTLA says is justification for Medicare-for-All.

The UTLA says a wealth tax and billionaire’s tax will pay down LAUSD’s deficit spending:

“With the state’s rainy day fund projected to be depleted within three years, Californians must make a choice: continue deficit spending that will take years to pay down at the expense of communities, or demand that California’s record number of millionaires and billionaires finally pay their fair share.”

The UTLA is also promoting:

1. The Proposition 13 split roll ballot measure – The California Schools and Local Communities Funding Act of 2020, aka Schools and Communities First: “This proposition on the November 2020 ballot will increase funding to education and local government by reassessing property tax of commercial and industrial properties valued at $3 million or more from 1978 assessments to current assessment values. Projected to add $7.5 billion to $12 billion a year with 40% allocated to schools and 60% added to local governments.” 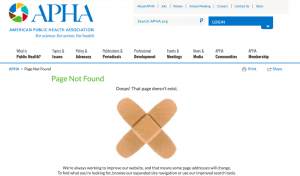 As for “Housing Security” for the homeless, the UTLA says, “There is no ‘safer at home’ for those who do not have a home. Students need stability, and cities have the power to pass ordinances to prevent evictions and provide rental relief funds. Instead of just one-time relief, as was passed by the LA City Council in June 2020, housing can be a human right assisted by the state. Additionally, as Project Roomkey has demonstrated, sheltering the homeless community is a matter of political will, not scarce resources. Over 15,000 homeless students in LAUSD need permanent shelter.”

The “sources” for “Housing Security” demand are the Los Angeles Times in an article about implementing eviction-bans, Los Angeles County government’s own Project Roomkey, and Student Support Programs in the  Los Angeles Unified School District.

The UTLA concludes its study with this: “As politicians have gutted public goods, the burden on schools to be safe havens for learning has become more substantial.”

“When politicians exhort educators and other workers to ‘reignite the economy,’ UTLA educators ask: who are you planning to use as kindling?“