The Sacramento Bee has a bull’s-eye on Assemblyman Kevin Kiley (R-Granite Bay), who is running for Congress in Congressional District 3. Kiley garnered the golden endorsement of former President Donald Trump.

The Bee’s recent headlines include: “California carnage: Why does Placer County Assemblyman Kevin Kiley hate his own state?” and “Kevin Kiley says California sucks. How about we rent him a U-Haul so he can move to Texas?”

Ohman says Kiley’s recent speech at CPAC “was perhaps the most intellectually dishonest speech I’ve ever heard except for every public utterance of his new hero, former President Donald Trump, who endorsed Kiley immediately before the 2022 primary.”

Ohman says “CPAC is a mentally ill theme park of alt-right grievance. This year’s conference in Dallas hosted Hungarian Prime Minister Viktor Orbán, an authoritarian loon who decried ‘peoples of mixed race’ and runs his country like an episode of ‘The Sopranos” meets the KKK.'”

What so offended Editor Ohman in Kiley’s CPAC address, “A Warning to the Nation?”

“I am one of 19 Republicans in our State Assembly. Democrats control three-quarters of the Legislature. They hold every statewide office.”

“For years, this Supermajority caused California to decline – until our current Governor took office and brought that decline to a total freefall.”

“For the first time in history, more people are now moving out of our state than moving in. U-Haul has literally run out of trucks.”

This is all accurate.

Ohman continues: “In his speech, Kiley dropped several little gems about how much California sucks. I’ll annotate them for the purpose of intellectual honesty, which Kiley is flatly incapable of conveying. ‘In the progressive utopia of California,’ Kiley said, ‘you walk down streets that double as restrooms and injection sites.'”

This is also an accurate statement by Kiley, as I’ve documented in hundreds of photos and many news articles.

Then Ohman tells a big fat whopper: “Well, one of the reasons for this is that Gov. Reagan reduced mental hospital funding and ended mandatory commitment, for starters (note to readers: Reagan was a Republican), though Gov. Gavin Newsom is moving to change that. We have a lot of work to do to be sure, but California cities like San Francisco, San Diego and Los Angeles continue to be international destinations. And of course the streets of Granite Bay, where Kiley grew up are, oh, rather nice.”

One would assume that Senior Editor Ohman, who is the Winner of the 2016 Pulitzer Prize for editorial cartooning, and won the Robert F. Kennedy Journalism Award, could do a little research on this tall tale. All he had to do was check in the National Archives, which has been all over the news in recent days.

As I’ve reported for many years, don’t blame the homeless population in California on former Governor Ronald Reagan – he did not choose to close the state’s mental hospitals as the leftist media has incorrectly repeated for 50+ years – he was ordered to.

It was President John F. Kennedy who in his October 31, 1963 legislation –The Community Mental Health Act of 1963 — ordered the building of 1,500 mental health centers, while closing many mental health hospitals over time, known as deinstitutionalization. Governors were just required to execute on the President’s Order, while at the same time, Congress failed to fund the mental health centers. This was three weeks before Kennedy’s assassination. 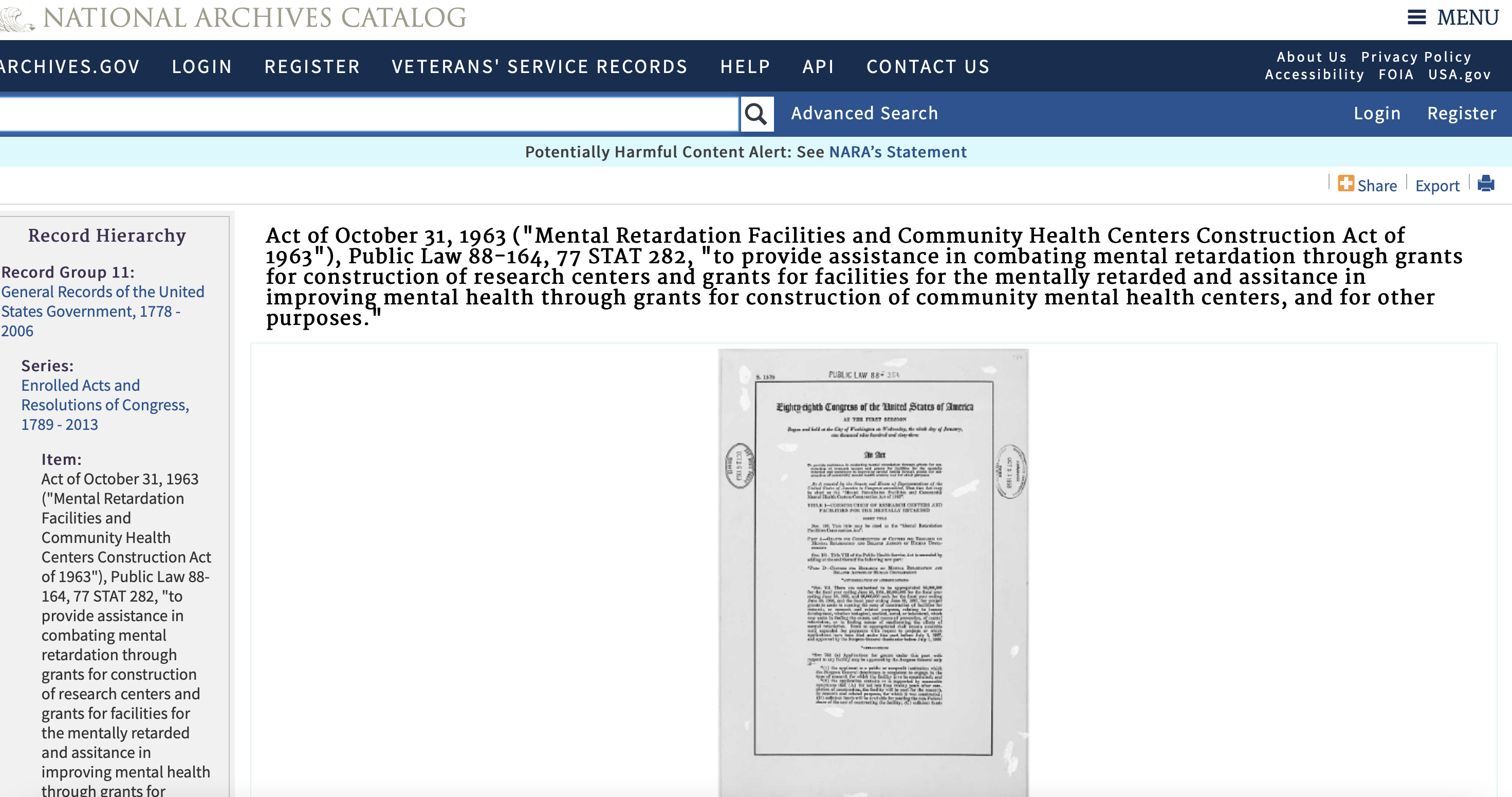 You can read President Kennedy’s remarks on the signing of this bill at his Presidential Library here. “I am proposing a new approach to mental illness and to mental retardation. This approach is designed, in large measure, to use Federal resources to stimulate State, local and private action,” President Kennedy said. “When carried out, reliance on the cold mercy of custodial isolation will be supplanted by the open warmth of community concern and capability. Emphasis on prevention, treatment and rehabilitation will be substituted for a desultory interest in confining patients in an institution to wither away.”

“Only half of the proposed centers were ever built; none were fully funded, and the act didn’t provide money to operate them long-term. Some states saw an opportunity to close expensive state hospitals without spending some of the money on community-based care,” the Seattle Times reported in 2013 on the 50th anniversary of the Community Mental Health Act. “Deinstitutionalization accelerated after the adoption of Medicaid in 1965. During the Reagan administration, the remaining funding for the act was converted into a mental-health block grant for states.”

The lie about Ronald Reagan cutting funding for mental institutions is tragically repeated by those on the left because it fits their agenda and ignorant perspective of Republicans. You would think the left would exault President Kennedy for his altruistic attempt to reimagine institutionalization of the mentally handicapped.

This is Senior Editor Jack Ohman’s inconvenient truth in his preoccupation with Kevin Kiley, who is one of the few elected lawmakers to use his office to fight in the California Legislature, even as only one of 19 Republicans in the 80-member Assembly. Specifically, Kiley addressed against the “highest gas taxes,” exceedingly high public education costs, “billions in homelessness spending as tent cities just multiply,” and “where hammer-welding looters take over stores in broad daylight,” in his CPAC speech.

Kiley makes very clear in his CPAC speech that he loves and longs for his “once-great State of California,” but abhors the destructive Democrat policies which are chasing residents to freer red states:

Educational freedom – putting parents in charge of their kids’ schooling

Economic freedom – recognizing the right to earn a living as fundamental

Medical freedom – respecting the personal autotomy of each individual

This is the model that is sending Californians to Texas in record numbers – a mass exodus from blue states to red states across the country – and it is the model for an overwhelming Republican victory in the midterm elections.”

You can love or hate Kevin Kiley, but tell the truth about history.