It’s mid-January and winter break has come to an end.

For more than 6.5 million children here in California, that means it’s time to go back to school. But in several major school districts across the state, schools remained closed the first week back — negatively impacting tens of thousands of students ready to learn and reconnect with friends. Thousands were literally turned away in the parking lot.

Why? Because teachers’ unions like the California Teachers Association (CTA) and United Teachers Los Angeles (UTLA) encouraged the most militant pro-union educators to leverage the COVID-19 pandemic to stage a “sick-out.”

In the Northern California’s Oakland Unified School District, more than 500 teachers called out sick on Jan. 6, causing 12 schools to completely shut down for the day.

Since then, two more sick-out days have been staged, and the participating teachers claim this will continue until their demands are met.

Not surprisingly, these heartfelt protests managed to fall in the same month as a scheduled bargaining session between San Francisco district officials and the teacher’s union over safety protocols.

Coincidence? There are no coincidences when it comes to teacher unions.

What about the teachers who want to teach? The Freedom Foundation has been contacted by many who are eager to work but can’t because these events have shut down their schools.

They share with us firsthand stories of how healing being back in school has been for students. The damage that’s been done to children over the past two years from not being in school is evident.

Several studies show children in California are battling depression, anxiety, addiction — the list goes on — yet the thing that could help so many recover is being treated as a bargaining chip by unions.

When did it become acceptable to make children’s mental health and quality of life suffer so that scared adults could feel comfortable?

Every day, the Freedom Foundation helps teachers here in California leave their union due to frustration over its handling of the pandemic. COVID-19 has put a magnifying glass over an issue that had flown under the radar for many years for most educators.

Now, teachers who just want to get back to work and put their students first are seeing that their union is much more of an obstacle rather than an ally. This has caused record high numbers of teachers to opt out of their union dues and stop feeding the beast that’s fighting against them.

And we will continue freeing this state’s teachers, students and families from union bondage so we can keep school open and children in the classroom. 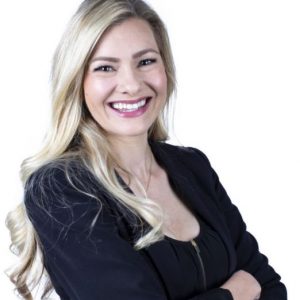 Rachel Wiegel
Rachel Wiegel is the California outreach director for the Freedom Foundation.

Latest posts by Rachel Wiegel (see all)
Spread the news: