Home>Legislature>Propositions>There Are FOUR Proposals Addressing Affordability and Prop 10 Is the Thorniest
22 Oct 2018 11:08 am

When Californians go to the polls on November 6th they will be greeted with four separate ballot initiatives concerning the issue of housing, a testament to the ongoing affordability crisis that has engulfed the state in recent years. None is more contentious than Proposition 10, officially titled the “Local Rent Control Initiative.” If approved, Prop 10 would overturn the 1995 Costa-Hawkins Act. Under Costa-Hawkins, municipalities are prohibited from enacting any form of rent control on single family housing or any recently vacated apartments. Rent control is prohibited entirely on apartments built after 1995.

Charly Norton, communications director of the Yes on 10 campaign referred to Costa-Hawkins as a “failed, outdated state law” and argued that its repeal would allow communities to have greater leeway in determining local housing policy. “This measure does not mandate rent control or force any community to adopt any new measures they do not want or need,” Norton told the California Globe.

Norton argues that Prop 10 is just one essential component of an overall “multipronged approach” necessary for addressing California’s housing crisis. “There is not one simple solution or silver bullet. That’s why there are three important housing measures on this year’s ballot. Prop 1 to build more affordable housing, Prop 2 to address homelessness and Prop 10 to limit rent increases.”

Noura Khouri, an Oakland-based housing organizer affiliated with POCHN (People of Color Housing Network) echoed Norton’s belief that Prop 10 is just one of several actions that need to be taken to reduce the cost of rent. Khouri believes that Prop 10 will serve as an essential tool for protecting tenants and she also believes that to address the broader issue of gentrification and its impact on low income renters, stronger anti-eviction laws are needed as well. She pointed to Oakland where she argued that existing rent control laws have been insufficient in mitigating, as she put it in an interview with California Globe, “a crisis where the majority of folks have been pushed out to make room for newcomers.”

The crisis Khouri referred to is one that Franki Betty experienced personally. Betty is a housing activist who in her work with the Alliance of Californians for Community Empowerment played a central role in the fight to get Proposition 10 on the ballot, a fight which for her is personal. Beatty is a native of Oakland whose family had lived in the Bay Area for three generations. During the 2008 housing crisis her building was abandoned by its landlord and after several years in which she and the other tenants were “left in limbo regarding the property,” it eventually ended up in the hands of an investor from China. As a disabled combat veteran, Betty was unable to afford the $1000rent increase the new landlord was seeking. Betty and her family relocated to Berkeley this past month. Betty has been active in voter outreach efforts on behalf of the Yes on Prop 10 campaign. She remains optimistic that it will be approved, potentially allowing her family to return to Oakland.

Proposition 10 supporters have been met with an intense opposition that has been heavily bankrolled by real estate interests. Some landlords have gone so far as to threaten retaliatory rent increases in the event of Prop 10’s success at the ballot. A coalition of Veterans organizations, affordable housing groups, construction unions and businesses, united by the fear that increased rent regulation would worsen the housing crisis, have also come out against Prop 10. Steven Maviglio, communications director of the No campaign gave voice to these fears. “Prop 10 makes California’s housing crisis even worse. It will result in a freeze on the construction of new affordable housing, reduce property values of single-family homes, and hurt both renters and homeowners.”

In an eyebrow-raising move, the pharmaceutical industry’s official lobbying group also backed the No side. PhRMA gave $500,000 to fight the proposition on the theory that construction of new housing will be diminished if builders cannot maximize profits. That’s a small amount for a major trade association but got attention because of how rarely PhRMA chooses sides in matters not directly related to health care.

Norton dismissed the notion that rent control would lead to a decrease in housing construction as “purely speculative.” She cited a study published in January 2018, by the housing non-profit Urban Habitat, which found that a number of municipalities had actually seen a marked increase in housing construction after enacting rent control. Ultimately, she argued that only “predatory corporate landlords” would benefit from Costa-Hawkins remaining on the books. “The status quo benefits corporate landlords, not the millions of CA renters whose rent is too damn high.”

Some of the opposition however is motivated by middle income landlords who genuinely fear that an expansion of rent control would pose a threat to their livelihood. In an op-ed published in Calmatters on September 12th, Ilona Clark argued that rent increases on recently vacated apartments was the one thing that allowed her family to keep pace with the cost of living. She argued that if Prop 10 was approved her family would be forced to potentially exit the rental market.

“The initiative would likely harm renters who actually need help,” Clark wrote. “I know some owners of single-family homes that now are rented who would take them off the market, and others who own apartments would turn them into condos, rather than lose the property altogether under strict rent control.”

Noura Khouri acknowledged this fear but argued that ultimately it was unfounded. “Rent control does not prevent owners from making fair and reasonable adjustments to rent, it prevents foreign investors, speculators and corporate developers from deciding to evict people and limit how much money they can raise the rent so we can afford to help families stay in their homes.” 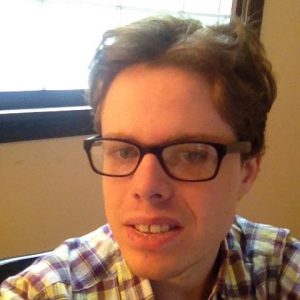