Swalwell called for banning “every single” assault weapon and buying back such weapons from those who already have them. Swalwell wrote an op ed in USA Today last year proposing a ban on “possession of military-style semiautomatic assault weapons,” which means “scary looking guns” to gun control advocates.

The very term “assault weapons” is dubious. The term was first used by Josh Sugarmann, head of the anti-gun group, the Violence Policy Center, “a national educational foundation working to enhance gun control in America.”

“The semi-automatic weapons’ menacing looks, coupled with the public’s confusion over fully automatic machine guns versus semi-automatic assault weapons — anything that looks like a machine gun is assumed to be a machine gun — can only increase that chance of public support for restrictions on these weapons,” Sugarmann said in 1988.

Swalwell also said he would hold weapon manufacturers responsible by “lifting the shield of liability that protects” them, and he said gun licensing procedures should include buying insurance, Politico reported. “He said everyone who buys a firearm should go through a background check, but he did not detail what that process should entail.”

Reports of 18 protesters who joined him were confirmed in photos and on Twitter.

The NRA posted their own photos.

Look! All of presidential candidate Swalwell's supporters came out to our headquarters today. No wonder he is polling at 0%. pic.twitter.com/sFZAishEoC

Politico also reported, “In April, Kamala Harris proposed implementing universal background checks, rolling back a measure that prevents victims from holding gun-makers and firearm dealers liable for their losses, and closing the boyfriend loophole by extending gun restrictions that apply to people convicted of stalking, assaulting or abusing a spouse or child to those who have harmed a dating partner.”

However, they did not report that in April, Sen. Kamala Harris (D-CA), also a presidential hopeful,  said she would use Executive Action to take gun dealers’ licenses away, trampling all over the separation of powers, California Globe reported.

“Upon being elected, I will give the United States Congress a hundred days to get their act together and have the courage to pass reasonable gun safety laws,” Sen. Kamala Harris (D-Calif.) said in April on CNN. “And if they fail to do it, I will take executive action.”

Harris has been a vocal critic of President Donald Trump’s Executive Orders, and said in April,  “I believe that we need to get rid of this president.”

Swalwell’s long list of gun control measures would make gun ownership so difficult and amounts to gun confiscation, regardless of the Second Amendment:

In January, the Supreme Court granted long-overdue review of a case involving the constitutional right to keep and bear arms. “Up to now, the court has failed to articulate any test to protect gun rights, allowing lower courts to do as they please,” James Phillips and John Yoo wrote in a Los Angeles Times op ed. “So they have upheld 10-day waiting periods before a firearm purchase, bans on semiautomatic rifles and large-capacity magazines, and prohibitions on carrying a firearm, either openly, concealed, or both. Hence, courts have allowed governments to trample gun rights with only superficial justification, in ways inconceivable if the right at issue was speech or privacy. And for the last decade, the Supreme Court has only looked the other way.”

Just in time for the 2020 Presidential election: “If the American people want to ban guns to curb criminal violence, they can. But they must first amend the Constitution. The courts should not be allowed to delete parts of the Constitution they don’t like through creative judicial editing.” 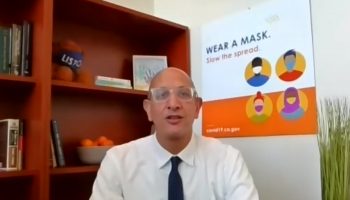 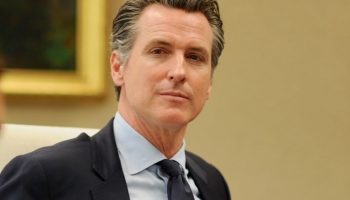 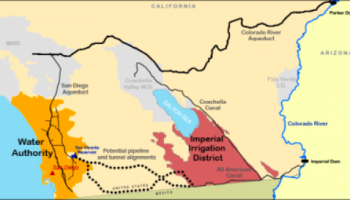