Home>Articles>Gavin Newsom is Right – There’s Much His Replacement Can Do If He’s Recalled
04 Sep 2021 8:05 am

During an August 19th interview with a panic-stricken Gov. Gavin Newsom, reporter Elex Michaelson asked Newsom if there’s really anything a new Republican governor could do with super-duper Democratic majorities in the legislature and with every statewide office in the hands of a Democrat.

Newsom very well could spend hours opining on numerous powers unique to the office of the governor, many of which he has used to great effect in the past.

Upon being sworn in, a new governor could revoke every last emergency order related to the pandemic. Before those signatures are dry, he could call seven special sessions to deal with the major crises that Newsom has fueled with his regressive policies, including:

Each session would be accompanied by a robust list of legislative priorities Californians have been demanding for years.

Though the Legislature will have concluded business the week before the recall election, they must respond to the governor’s call for special sessions, leaving behind the cover they’ve enjoyed over the past 18 months under the authoritarian executive. Legislators could continue to abdicate their duties by simply opening and closing sessions without actually doing anything, but a new governor could remind them of the 2022 redistricting battles that may hold them accountable for inaction.

The new governor will have significant influence over the 2022-23 state budget, the fight over which begins in earnest in October. Despite hundreds of billions of extra dollars thanks to federal COVID subsidies, California still faces substantial, long-term financing troubles. While Gov. Newsom boasts of the biggest state budget in history, the titanic funds undergirding the budget are one-time revenues that will tank once the Federal Reserve stops printing money and Congress avoids propping up spendthrift programs.

A new governor could issue guiding principles for the upcoming budget that will align expenditures and revenue. First, he could end all non-immediate, recurring expenditures. Excess budget funds should pay down long-term debt, not create new programs. This leader should then alert the counties that they will assume their role as the legal subdivisions and functional arm of the state, drastically reducing state bureaucracies duplicated within counties.

Newsom’s replacement could require every department head to produce a zero-based budget by Thanksgiving, justifying every expenditure with state statute and propose changes in law that would further streamline their responsibilities. For every budget that can’t be zero-based and built anew, ask for the department head’s resignation. Next, the new governor could require the Department of Finance to set up a metric by which all future contracts will be negotiated and seek ways to reduce state employees by attrition and incentives since more state services going forward would be run by the counties.

The new governor should implement absolute budget transparency and accountability. Ohio did it with their finances for less than what the governor makes in his annual salary and now, taxpayers have so much transparency that they can see what their governor ate for lunch. Next, the governor should send a memo to the management of every agency, department, commission, office and bureau and inform them of two things. First, the new administration will pursue a new course. Second, the memo must remind state government employees that they have a right to leave their government union and cease paying dues.

The governor should then make two more phone calls – the first to the independent State Auditor Elaine Howle to ask her to assemble a comprehensive list of every audit recommendation that previous administrations either ignored or rejected. Once compiled, send this list to every affected agency secretary and department head with the order to have a plan for full compliance within two weeks, allowing a modified appeal process if there are legitimate concerns for which the audit recommendations cannot be feasibly implemented. Apply the same due diligence with all internal department and agency audits as well as those from the Office of State Audits and Evaluations at the Department of Finance.

The second call should be to the governor’s press secretary to schedule a comprehensive press conference for the evening of Day 2 to outline his priorities and actions for the next several weeks.

A new governor can also reassert executive authority to expedite all infrastructure, water and housing projects that have been delayed by environmental review or opposed by not-in-my-backyard activists. That includes building the Sites and Temperance Flats reservoirs, housing developments that have already received ministerial approval from their local governments, and forest fire mitigation projects delayed for years. And without breaking a sweat, the new governor can stop all construction on the $100 billion high-speed rail boondoggle immediately, withdraw all eminent-domain lawsuits, and redirect only enough funds to retrofit bypasses intended for trains to instead be used as trucking lanes.

And for the schools, the governor should significantly reduce the Department of Education to a level that simply processes federal funds and mandates and otherwise redirect billions of dollars of administrative costs to the 58 counties offices of education directed to any program local school boards deem appropriate.

During a new governor’s first weeks in office, he should travel the state and talk to the people. Ask the best and brightest people to help deal with the many problems the current government can’t seem to address. Take recommendations from the people and create a Red Team Task Force that will organize these issues and propose innovative ways to deal with them. Let the people talk at open forums and town halls.

If a new governor is elected this month, that person will have one year to whip into shape a bloated, sleepy and sloppy state bureaucracy that has festered in mediocrity for years. And if the Legislature or entrenched bureaucracy is going to resist, the governor should plan for a one-hour presser every day to name names and let the people know why things aren’t changing.

Trust the people and remember, there is no time to waste. 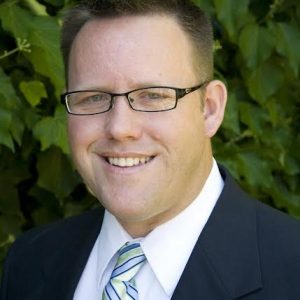 Latest posts by Lance Christensen (see all)
Spread the news: