A proposed bill to reduce the amount of time even dangerous offenders must spend on parole after being released from prison is the latest in a series of “criminal justice reform” laws and initiatives which actually undermine public safety in California.

Assembly Bill 1182 by Assemblywoman Wendy Carrillo (D-Los Angeles), would reduce parole supervision from one year to 180 days for serious felons, including sex offenders. Carrillo recently traveled with Gov. Gavin Newsom to El Salvador “to examine the root causes of migration and discuss California’s efforts to provide relief and humanitarian aid to asylum seekers fleeing poverty and violence in their home countries.”

“If passed, it will march in lockstep alongside Proposition 47, Proposition 57, SB 1391 and AB 109 in the parade of criminal-coddling legislation that the governor and state Legislature have foisted on an unwitting public in recent years,” Michele Hanisee, President of the Association of Deputy District Attorneys of Los Angeles County reports. 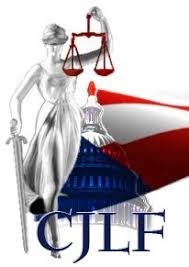 “Democrats really have already gutted state parole mightily,” said Michael Rushford, President of the Criminal Justice Legal Foundation. When asked the motive behind the bill, Rushford said “to help prior offenders get back to a normal life. Only the focus is on what an ex-con feels,” Rushford said. “What’s best for the inmate, rather than public safety.”

Parole is the process an offender goes through, under supervision, to get back to a normal life following a prison sentence.

Rushford said since ex-convicts are statistically already much more likely to re-offend, Democrats are manipulating the parole system so the recidivism statistics won’t reflect reality. In fact, Rushford said, that’s been the motive behind all of the “criminal justice reforms” since the prison realignment bill, Assembly Bill 109, was passed in 2011. Every time violent crime in California was on the rise, Democrats have passed legislation or ballot initiatives to redefine and decriminalize violent crime so the statistics go down, according to Rushford.

“It would shave a year off the time on parole for high risk criminals released from prison, and it would discharge offenders from parole if they go six months without a violation.  This follows other sentencing reforms aimed at reducing incarceration for habitual criminals including; AB109 which transferred most felons coming out of prison from parole to county probation and eliminated prison time for most property and drug felonies; Proposition 47, which turned a host of felonies into misdemeanors encouraging thieves to continue stealing, and SB1391, which prohibits the worst murderers under age 16 from being tried in adult court, gifting those convicted in juvenile court with release at age 25.”

Two reliably liberal think tanks in San Francisco have recently reported that crime is down in California. “This is fake news,” Rushford said. “District Attorneys and Sheriffs are telling us that thousands of property crimes converted to misdemeanors are no longer reported to police and all kinds of theft, burglaries, car break-ins and drug crimes are rising in every community.  The FBI preliminary crime report for 2018 found that violent crime had increased in 58.3% of the state’s largest cities.”

Rushford said that currently there are 25,000 unreported property crimes across the state. He’s concerned that the property crimes will escalate to more violent crimes, with no police enforcement or prosecutorial authority. “We are incubating violent criminals in California.”

Six real criminal justice reform bills were killed last year in the California Legislature which would have expanded the definition of violent crime to include human trafficking, elder and dependent adult abuse, assault with a deadly weapon, rape, and other crimes most Californians consider violent. AB 27, AB 67, AB 197, SB 75, SB 652 and SB 770 would have corrected unclear language and serious flaws in Proposition 57, but were killed. The bills are explained in a California Globe article in March.

Since 2016, what has transpired is the decriminalization of crimes previously considered violent. Because the language in Proposition 57 is imprecise, it has resulted in the release of felony rapists in situations when the victim did not or could not grant consent. The initiative specified early parole for persons who committed non-violent offenses. However, the initiative never specified what is considered a non-violent felony.

Prop. 47 reduced a host of felonies to misdemeanors, including drug crimes, date rape, and all thefts under $950, even for repeat offenders who steal every day.

As Prop. 57 stands, crimes such as human trafficking, child abduction, elder and dependent adult abuse, assault with a deadly weapon, and rape of an unconscious person, are not considered “violent crimes.”

SB 1391  prevents people under age 16 from being tried as adults even for the most vicious, calculated murders.