Four-term Democratic California Governor Gov. Jerry Brown made reforming California’s criminal justice sentencing guidelines a priority over his 16 total years as governor. Add to that his record number of pardons and prison commutations, and violent prison inmates have been released or made eligible for early release, according to a group of Deputy District Attorneys … and not without consequences.

Brown granted 1,189 pardons and 152 commutations during his past eight years in office, more than any other governor in modern California history, according to the California Department of Corrections and Rehabilitation.

Proposition 47, titled The Safe Neighborhood and Schools Act, reduced a host of felonies to misdemeanors, including drug crimes, date rape, and all thefts under $950, even for repeat offenders who steal every day.

“This failure left the prison doors open to many convicted of arguably violent crimes,” said Michele Hanisee, President of the Association of Deputy District Attorneys, in an interview with California Globe. “Not only were violent prison inmates made eligible for early release, many have since been released thanks to Prop 57.”

Additionally, Gov. Jerry Brown’s A.B. 109 “realigned” California’s overcrowded prison system, shifting responsibility of repeat, newly classified “nonviolent” offenders from state prisons to county jails. Those released were assigned county probation officers rather than state parole officers. Many of those newly “non-violent” criminals let out of county jails due to overcrowding are living on California streets, on parkways, rivers, and canals, and using the streets as their toilets. Several large California cities have experienced deadly Hepatitis A outbreaks, inflicting thousands, and killing more than 40 people.

Several California lawmakers proposed legislation to address these loopholes in Propositions 47 and 57, but the bills were quickly killed or shelved during committee hearings.

With no legislative fix, the “Reducing Crime and Keeping California Safe Act was created by The California Public Safety Partnership , to reclassify currently “non-violent” crimes like rape of an unconscious person, and sex trafficking of a child, to prevent the early release of the violent inmates convicted of these crimes, as well as reforming the parole system to stop the early release of violent felons.

Most recently, the California Supreme Court has rejected 10 of Gov. Brown’s clemency requests to commute sentences of longtime prison inmates, including violent murderers.

“Governor Brown has signed more clemencies and pardons than any governor in history… more than 2000 as governor,” said Hanisee. “And while it doesn’t appear to be political cronyism, this sweeping gesture is disrespectful of the constitutional rights of the victims.”

However, Gov. Brown recently filed a lawsuit against the “Reducing Crime and Keeping California Safe Act initiative to prevent it from being on the 2020 ballot.

“Governor Brown, having been rebuked multiple times in the past month by the California Supreme Court for ‘abuse of power’ in issuing pardons and commutations, has now resorted to a lawsuit aiming to prevent voters from enacting common sense fixes to his badly flawed Proposition 57,” said Hanisee.

Brown is now attempting to block the “Reducing Crime and Keeping California Safe Act from appearing on the 2020 ballot by claiming the Secretary of State erred in setting the number of valid signatures needed for the initiative, Hanisee explained. “The initiative is aimed at fixing the many unintended consequences generated by the public safety ‘reforms’ promised in Propositions 47 and 57.”

“Irrespective of the merits of Proposition 57, where does this put us as a society? Ballot initiatives are meant as a voice for the people,” Hanisee said. “That measure had received sufficient signatures to appear on the 2018 ballot, but multiple counties failed to verify signatures by the deadline imposed by the Secretary of State,” Hanisee said. “Of course, the Governor and his office never registered any objection when the Secretary of State published the required signature threshold, nor did he attempt to intervene via a lawsuit before the signature gathering effort commenced.”

“Now after the fact, Brown wants to say it’s not enough,” Hanisee said.

In a recent interview with the Los Angeles Times, Gov. Brown said the Reducing Crime and Keeping California Safe Act ballot initiative is “deeply un-Christian because it denies redemption” … “And redemption is at the heart of our whole civilization.”

“This exhibits he has no valid argument against the initiative,” Hanisee said. “’Redemption’ isn’t one of the ‘unalienable rights’ promised in the Declaration of Independence; life, liberty and the pursuit of happiness are.”

Brown filed the lawsuit in California Superior Court instead of with the State Supreme Court so it will have to go through the appellate process. “This is really offensive,” Hanisee said. “The legal issues are narrowed, by limiting who is eligible for early release, because it divests the California Department of Corrections and Rehabilitation of authority, giving the Legislature the power.”

California’s population has doubled to just shy of 40 million residents since Jerry Brown was governor in his first two terms, 1975-1983. The last two state prisons built were in 1997 and 2005, making a total of 20 state prisons. The prison and institutional population is approximately 115,000 offenders, according to the Public Policy Institute of California. 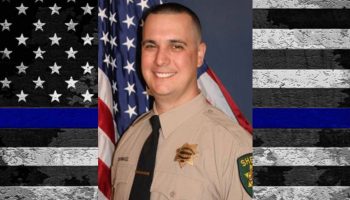 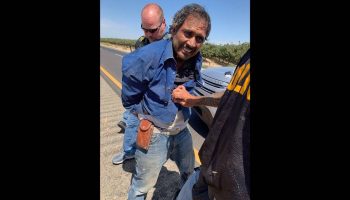 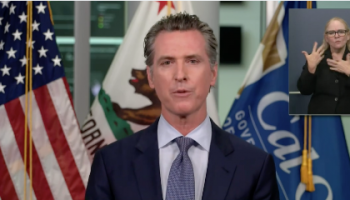