In November 2021, the the Safer SF Without Boudin group announced that 83,484 signatures had been collected and sent in – well over 30,000 more than the minimum needed.

George Soros-funded San Francisco District Attorney Chesa Boudin, who was Hugo Chavez’s trusted propagandist, translator and advisor, continually found himself involved in controversy, and most of it self-imposed.

In his first two years, Boudin opted not to prosecute or undercharged many cases of many violent and deadly crimes.

As the Globe first reported in November 2019 when Chesa Boudin was magically elected after four days of counting ballots, “As anyone who has ever known public defenders and district attorneys knows, they are cut from a different cloth.”

The election had many scratching their heads, and started with former San Francisco District Attorney George Gascón, the father of Proposition 47, when he abruptly announced he was moving to Los Angeles to run for District Attorney.

Hanisee said Gascón and Boudin are far more regressive than reform minded. She noted that under Gascón as San Francisco DA, “the filing rate of cases presented by the police for prosecution dropped. Gascón proudly proclaimed that Los Angeles’s incarceration rate is much higher than San Francisco’s. Yet he was deliberately letting people get away with crimes in San Francisco.”

“People are leaving California not just because of its policies, but because of politics,” Hanisee said. “This was very political. It will be interesting to watch changes to the office in San Francisco.”

George Gascón, who was born in Havana, Cuba, and was a police officer prior to being appointed to San Francisco District Attorney by then-Mayor Gavin Newsom, was filling the seat that was vacated by outgoing Attorney General-elect Sen. Kamala Harris.

Richie Greenberg, who led Yes on H, the Recall of Boudin, issued a statement on the recall, warning other elected officials in San Francisco that residents are fed up with their governance: 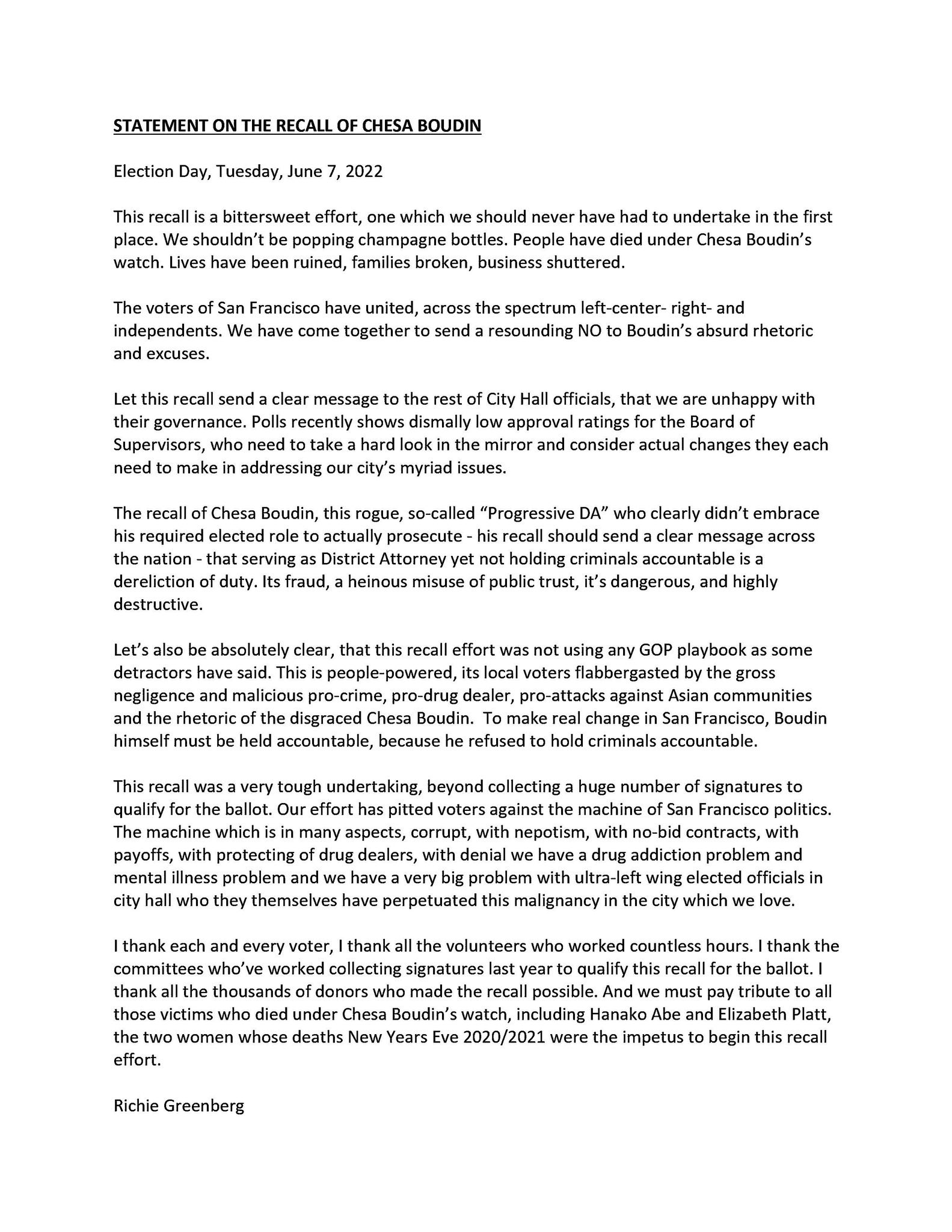 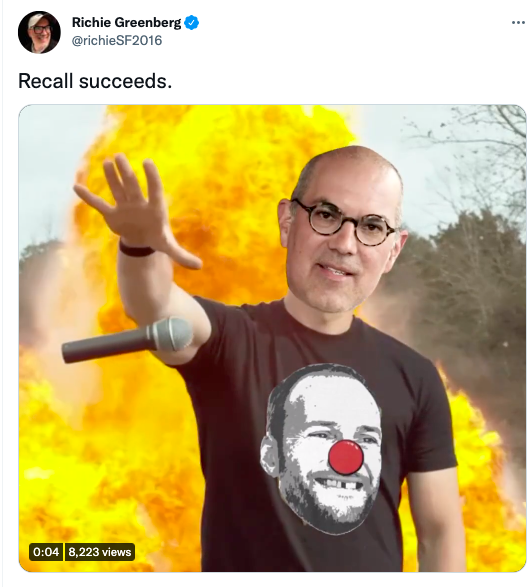