“Governor Gavin Newsom today becomes the first California Governor to travel to the region, where he will examine root causes of migration and join the world community in being part of a solution to the challenges in El Salvador and Central America more broadly,” reads Newsom’s press statement about his arrival in El Salvador, to learn “the root causes of migration” to the United States. 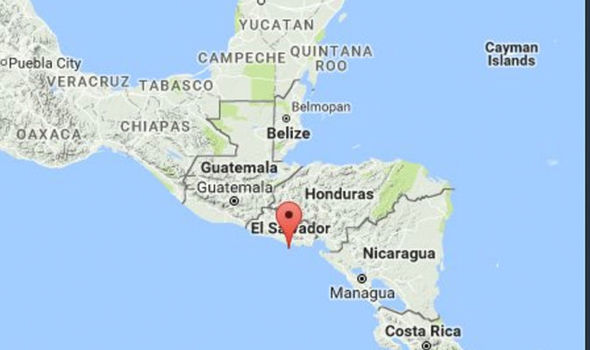 This trip comes on the heels of President Donald Trump announcing $500 million in foreign aid cut to El Salvador, Honduras and Guatemala.

“California’s past, present and future are linked with Central America. Nearly half of all Salvadoran immigrants to the United States – approximately 680,000 people – live in California,” said Gov. Newsom. “They are central to our state’s story. And while the White House casts families fleeing violence as ‘invaders,’ California is proudly a state of refuge.”

Newsom removed California’s National Guard troops deployed to the border with Mexico, saying California would not be part of the Trump administration’s “manufactured crisis.”

And Newsom and Attorney General Xavier Becerra, leading a 16-state coalition of Democrat Attorneys General, filed a lawsuit in the Ninth Circuit U.S. District Court challenging President Trump’s declaration of a national emergency, claiming “President Trump has veered the country toward a constitutional crisis of his own making.”

“While the Trump Administration demonizes those who are fleeing violence from Central America, California is committed to lifting up our immigrant communities and understanding the root causes of migration,” said Newsom, leading up to his trip. “I am looking forward to traveling to El Salvador in April to talk with the nation’s leaders and activists while deepening the bond between our families and communities.”

“As the White House vilifies asylum seekers, California is providing an alternative to the reckless anti-immigration agenda emanating from Washington,” his statement reported. “In his first weeks in office, Governor Newsom signed AB 72, legislation to fast-track state aid to asylum seekers who are being abandoned at bus stations and on the side of the road by the federal government. It was the first bill he signed into law. AB 72 established a Rapid Response Relief Fund of $5 million in immigration assistance, which helped support the opening of a migrant support shelter in San Diego.”

“Advocates hope the trip will allow Newsom to meet the people of El Salvador, understand their struggle and endear him to their cause,” the Los Angeles Times wrote. Yet many Californians are critical of Newsom’s trip, and his attempt to defy the President on the national stage.

“Does anyone in this hemisphere not know the root cause of why caravans of Central American refugees are seeking asylum in the U.S.? Newsom quickly answered his own question in the same prepared sentence in which he raised it: They’re “fleeing poverty and violence in their home countries,’”

“That has been a reason why humans have migrated for thousands of years. Escaping poverty and bullies — seeking opportunity and a better life — have been root motivators forever,” long-time Los Angeles Time columnist George Skelton reported. “Maybe he also could read a book and do a little Googling. That should wrap it up without spending nearly a week in dangerous El Salvador surrounded by California bodyguards.”

The trip is paid for by the State Protocol Foundation, a curious wealthy non-profit that funds politicians’ travel junkets, lavishing California lawmakers with hundreds of thousands of dollars in foreign travel, golf, concert tickets, champagne and whiskey, cigars, flowers, neckties and makeup, according to the LA Times.

“Newsom should pay for it himself. And by that, I mean personally — out of his checking account, not his political kitty that is stuffed with special-interest donations,” Skelton said.

“While the Trump Administration demonizes those who are fleeing violence from Central America, California is committed to lifting up our immigrant communities and understanding the root causes of migration,” said Newsom when he announced his trip. “I am looking forward to traveling to El Salvador in April to talk with the nation’s leaders and activists while deepening the bond between our families and communities.”

While native Californians economically struggle in large cities and the state’s vast rural regions, Newsom’s focus on refugees, asylum seekers and illegal aliens is another flip in his political career. In 2008, “one day after announcing that he was forming an exploratory committee to run for governor in 2010 — Newsom unveiled his new policy: all undocumented youth charged with felonies would be reported to ICE as soon as they were booked. (The city had previously turned over undocumented adults charged with felonies.),” the San Jose Mercury news reported in 2018.

Accused of campaigning on the national and international stage with this trip to El Salvador, 3,000 miles from the state of California, Newsom told reporters: “How do you understand California without understanding all the diverse cultures that make it the most diverse state in the world’s most diverse democracy?”

Perhaps it’s economics Newsom is focused on. The “Salvadoran government, which benefits hugely from the remittances sent home by El Salvador’s mostly illegal aliens, allowing it to finance itself and employ ever larger numbers of bureaucrats without having to house, educate, or medically care for its nationals,” Monica Showalter wrote at American Thinker. “Last year, in fact, that game was going full speed.  El Salvador’s remittances hit a record $5.47 billion.  Literally one out of six Salvadorans now lives in the U.S., and 680,000 of those make their home in benefit-rich California.  Salvadoran politicians actually campaign for office in California.”