The Los Angeles County Metropolitan Transportation Authority is expanding a line of the Los Angeles subway system directly beneath the historic Beverly Hills High School, through ground littered with more than 80 abandoned oil wells and saturated with methane gas and oil.

The extension to LA Metro’s Purple Line has already begun construction on Section 2 of the project, connecting downtown Los Angeles to Century City. However, section 2 has been a problem since the original route under the public right of way was moved 800 feet to go through residential areas and underneath Beverly Hills High School.

“This new route travels through unmapped underground oil fields filled with deadly methane gas, posing serious health risks to the students and others,” the Washington Times reported. “The noise from the construction will interrupt students’ studies and vibrations from the operational subway will forever hurt student learning and reduce property values.”

Lisa Korbatov, well-known in Republican politics, and a former Beverly Hills School Board president, has led the effort to stop the Purple Line because of the unnecessary but significant health risks to students. Korbatov said the Purple Line extension also threatens the school’s plans for modernization because the proposed detour for the subway line runs under the only land the High School can develop. Beverly Hills is landlocked.

Korbatov is leading the campaign called “Stop The Purple Threat.”

The amount of methane gas and oil beneath the school has not been adequately studied, according to school officials and residents opposed to this route. However, the California Department of Toxic Substances has declared the High School campus a methane zone, Korbatov explained to the California Globe in an interview. “We fear explosions and subsidence as the tunnel boring machine will have to tunnel through heavy soil laden with oil and gas and hydrogen sulfide,” Korbatov said.

Under the Obama administration, $1.87 billion was allocated for Section 2 of the Project. Section 2 includes only one segment of the subway from a station at Wilshire/Rodeo in Beverly Hills to a station at Constellation Boulevard in Century City — the segment that travels directly beneath the High School. $100 million increments are distributed to Metro from the Federal Transit Administration (FTA) annually under a Full Funding Grant Agreement.

Beverly Hills Unified School District is in litigation with the Federal Transit Administration and LA Metro over the environmental reviews that should have been done before they moved the route from Santa Monica Blvd to a route going through the school campus, through 70-80 abandoned oil wells in what is called a methane zone by the CA Department of Toxic Substances.   This move is wrong and puts student lives at risk, Korbatov says, but it is also more costly—it is over $400 million more to route under the school than on Santa Monica Blvd—a public right of way where most public transit is routed.

Any efforts by the School District to resolve the matter consensually have been rebuffed by Metro, Korbatov says. “What we are dealing with is an example of what government should never do to its people, Korbatov said. “No government agency should impose a risk on other people’s children.”

When President Trump pulled funding from the California High Speed Rail project that originally would have connected Los Angeles to San Francisco, it made national headlines, because this boondoggle would have cost California taxpayers $77 billion with no completion date in sight.  President Trump demanded California Governor Gavin Newsom return the $3.5 billion the state received from the federal government for the “disaster” high-speed rail project, but thus far, Newsom has refused.

California’s High Speed Rail plan has been wrought with cost overruns, mismanagement, and numerous lawsuits, delaying the project, but still costing California taxpayers billions of dollars spent on consultants. The Federal Railroad Administration admitted the project failed to make reasonable progress and did not believe the project should continue to receive funding.

Trump saved California taxpayers from the financial burden of the over-budget rail project, granted funding by the Obama Administration.

Now, many in Beverly Hills are asking President Trump to save California one more time, and pull the federal funding from the LA Metro Purple Line subway expansion project. The project has continually gone over budget Korbatov says, and recently added the $400 million to an already exorbitant budget. Even worse, according to Korbatov, they have created the more dangerous route under residential property and under Beverly Hills High School. Korbatov points out that no subway has ever gone under instructional buildings of a public school. This will be a first in the nation, if not the world.

President Trump can definitely stop it by pulling the funding of the Purple Line that’s hitting the taxpayers’ pocketbooks and putting lives at risk.

The State of California is already $269.9 billion in debt, not including the unfunded public employee pension and retiree health benefits of more than $1 trillion.

This article is the first in a series about the LA Metro’s Purple Line expansion, and the lawsuit by the City of Beverly Hills, and lawsuit by Beverly Hills Unified School District. 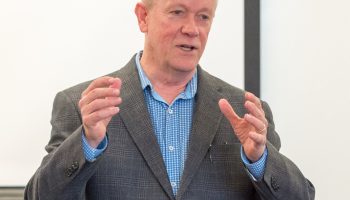 McNerney leads in funding and spending in Stockton district 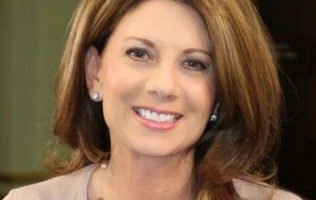 ‘If anybody can pull this off it’s Melissa’ 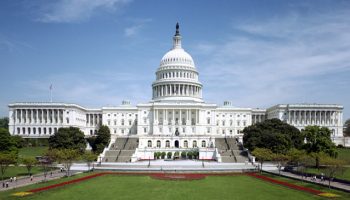